The campaign against tobacco – steep taxes on cigarettes, coupled with regulation on tobacco use and advertising – has since gained traction and has offered governments a blueprint for tackling obesity.

One after the other, European countries have implemented restrictive measures on the sale and marketing of pre-packaged food and drinks, in the pursuit of health policies.

Denmark’s infamous “fat tax” was the first of its kind worldwide and probably inspired others. But it also had unintended consequences and was eventually scrapped, officially because of the administrative costs it created but also probably because of the disruption in border trade it created with neighbouring Germany.

Others, like Hungary’s own fat tax, were just as much about replenishing state coffers as tackling obesity, in a country deeply affected by austerity.

But while the public health objectives of regulation are seen as legitimate – no-one questions the merit of tobacco and alcohol restrictions – it also raises questions as to the limits of public intervention.

“The regulator has a genuine interest in regulating and guaranteeing public health. And for that it can restrict product availability, increase tax and also restrict marketing and communication,” said Lucas Boudet, director general of the European Advertising Standards Alliance (EASA) who spoke at a EURACTIV event earlier this month.

Some industry executives are now beginning to worry about a “slippery slope” of over-regulation across a whole range of consumer goods industries, which is starting to impact on the EU single market.

“It’s incredibly difficult for retailers operating across Europe to know what is prohibited where and restricted in which way,” said Susanne Czech, director general of the European Retail Roundtable (ERTT), a trade group bringing together the CEOs of retail giants such as Tesco, Lidl, Ikea and Marks & Spencer.

Unsurprisingly, most restrictions across Europe are currently applicable to tobacco and alcohol. But it can get trickier for products like medicines sold over-the-counter, which may require a prescription in some countries and not others, Czech told delegates at the EURACTIV event.

And the restrictions are being applied across more European countries, Czech said, citing a new sugar tax coming up in Spain and a soft drink levy coming into force in the UK this year.

“Where does it stop, where does it go?” Czech asked. “We understand there has to be some restrictions out there in the interest of public health and public order. But we also want to offer choice to consumers,” she said.

“Is chocolate unhealthy? I would say dosage is what matters most,” Czech told delegates at the EURACTIV  event.

Health and the single market

Taxation of course is a national competence, in which the EU has no say – whether it is tax on sugar-filled products, fatty food or alcohol –, EU officials say.

But for Czech and other critics, national restrictions on sales and marketing are creating new obstacles to the single market, which is one of the cornerstones of the European Union.

“These measures go further than gold plating and generate imbalances and obstacles to the single market, hindering intra-EU and international trade,” said Florence Ranson, communications director at FoodDrinkEurope. In e-mailed comments to EURACTIV.com, Ranson deplored what she describes as “national measures put in place or suggested by individual member states, without EU coordination or initiative”.

Public health advocates point to the need to address what the World Health Organisation has called an “obesity pandemic”. With half of the EU’s citizens considered overweight, chronic conditions such as Type 2 diabetes and cardiovascular diseases are on the rise, threatening to overwhelm the EU’s already struggling economies and placing a tremendous burden on its healthcare systems. 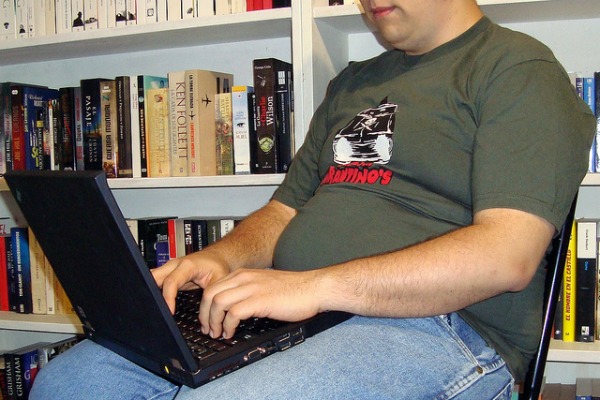 Health advocates also point to the need for protecting vulnerable consumers against aggressive marketing practices. A Parliament resolution voted in 2013 said children and the elderly were more receptive to aggressive marketing and needed special attention from regulators.

Few governments in Europe have a comprehensive strategy to reduce the obesity burden. And if nothing is done, particularly to tackle obesity among young people, the UK government expects obesity will represent 13% of total healthcare costs by 2050.

The European Commission has so far had an ambivalent position regarding marketing restrictions applied to unhealthy food and drinks, and taxes in particular.

While taxes on sugar, fat, or salt do cause reductions in consumption, they also merely encourage consumers to go for cheaper products, said an EU-funded study published in 2014.

But the precise impact of such “fat taxes” on the competitiveness of the European agriculture and food sector still needs to be fully assessed, the report added.

The Commission admits food prices can be influenced by taxation but reminds that this is allowed under EU law provided they don’t discriminate against products from other EU member states.

“In this context, there is no a priori reason to treat food taxes differently from others in their relation to the good functioning of the single market,” the spokesperson added.

If taxes are a genuine source of worry for food and drinks producers, their worst nightmare is to be treated like the tobacco industry.

And alcohol producers have reason to suspect they could be next in line. Last December, a report by Public Health England, an advisory body to the UK government, recommended to impose plain packaging on bottles of alcohol, suggesting they also carry larger health warnings, including photographic warning labels, like on cigarettes packs.

The growing enthusiasm for labelling and marketing restrictions on consumer goods has raised concern with the International Chamber of Commerce (ICC), the world’s largest business organisation, which set up a specific task force to address the issue.

“What we’ve been discussing is that direct restrictions – from partial to total bans on the use of logos, branding, designs, images, words, etc. – can have indirect effects on other policies,” said Mathieu Maes, secretary general of the ICC in Belgium.

The ICC’s point is that reducing manufacturers’ ability to communicate is having perverse effects in other areas by driving “competition based on price rather than on innovation and quality,” which ultimately discourages smaller companies from entering the market and proposing innovative products, Maes said.

Tobacco industry representatives have rung the alarm bell, saying other sectors should be worried.

“If you are a brand owner, you should be very concerned about those proposals,” said Ben Townsend Vice-President at JTI, the Japanese cigarette maker which supported the EURACTIV event and whose Camel brand can no longer be used in countries where plain packaging has been imposed.

“Many other companies should look at tobacco and be deeply concerned,” he said, adding the debate was no longer purely about tobacco.