European Commissioner in Charge of Neighborhood and Enlargement, Oliver Varhelyi gives a press conference in Brussels, Belgium, 05 February 2020. Commissioner Varhelyi laid out the Commission's plans for an enhanced accession process for the Western Balkans. [EPA-EFE/OLIVIER HOSLET]

The new enlargement rules presented by the Commission on Wednesday (5 February) are supposed to inject credibility, predictability, dynamism and a political steer into the increasingly moribund process – and placate France, possibly the most enlargement-wary member country.

“This is a geostrategic investment,” promised Olivér Várhelyi, the Commissioner for enlargement.

Várhelyi said the EU must “make it clear what we mean and what it is that we offer” to boost credibility and predictability and keep the process “merit-based.”

To bring political steer, the Commission wants to involve experts from member states in assessing the reforms in the countries wanting to join the bloc – primarily the six Western Balkan countries.

“It is clear that there is a mismatch in terms of assessment [by the Commission] and developments on the ground,” said Várhelyi. The involvement of experts from EU countries will allow the EU to “avoid last-minute surprises that we have seen a few times before,” the Commissioner argued.

Várhelyi will also push for leaders of the countries in the waiting line to have high-level political debates on the enlargement process domestically at least once a year.

In practical terms, to make the negotiations more dynamic, the Commission will now ‘cluster’ the different negotiating chapters in six groups, with the option to open negotiations in different policy areas simultaneously and striving to close reforms in different chapters within one year.

Rule of law will also take centre stage, with negotiations set to open and close with the rule of law cluster. No sequencing is otherwise foreseen, which should allow some flexibility, said Várhelyi.

“There is a need to be able to reverse the negotiation process,” stated Várhelyi, largely echoing concerns voiced by France. He explained what those steps backwards may mean.

“Suspension of funds is what of the leverages that we already have,” said the Commissioner, and “we will continue to be willing to use it.”

The new methodology will not change the rules for Serbia and Montenegro, countries with which accession talks have already started.

“We are not in the business of changing the rules during the game,” said Várhelyi, who nevertheless thinks that there will be enough incentives, such as a forthcoming investment programme, to interest countries already in negotiations to join the new process.

The Commission hopes to secure the endorsement of the new strategy by member states and open accession talks with North Macedonia and Albania ahead of the EU-Western Balkans summit in Zagreb on 6-7 May. EU leaders refused to open the talks with the two in October, largely due to opposition from France.

By May, the Commission also plans to put forward an economic and investment development plan for the region.

The enlargement process was effectively put on hold at the October summit, where French President Emmanuel Macron said ‘non’ to opening talks with North Macedonia and was joined by the Danes and the Dutch in blocking efforts to decouple Skopje from Tirana.

Political groups in the European Parliament welcomed the new Commission strategy, though the promised involvement of experts from member states worried the Greens, who fear the further politicisation of accession talks.

“I think it is not really in our interest to have a more politicised” process, said Viola von Cramon-Taubadel (Greens-EFA/DE), but overall was satisfied with the proposals.

Others liked the increased role of member states. “It’s good to have mechanisms to make member states part of the negotiations with their own experts, to commit them more to this process” and not keep it only to Brussel offices, said MEP Michael Gahler. (EPP/DE)

The liberals stressed the importance of the rule of law. “We have too many candidates for illiberal democracies in Europe, we don’t need any more,” said French MEP Nathalie Loiseau (Renew) and also took a stab at Várhelyi’s birth country, Hungary. “Rule of law is not just a box you tick.”

It remains to be seen if the new rules will satisfy France and help unite the disparate voices in the Council.

“I have to admit that it is very frustrating to see when two states block the decision of a vast majority of states.” Czech Foreign Minister Tomáš Petříček told EURACTIV.cz last month. 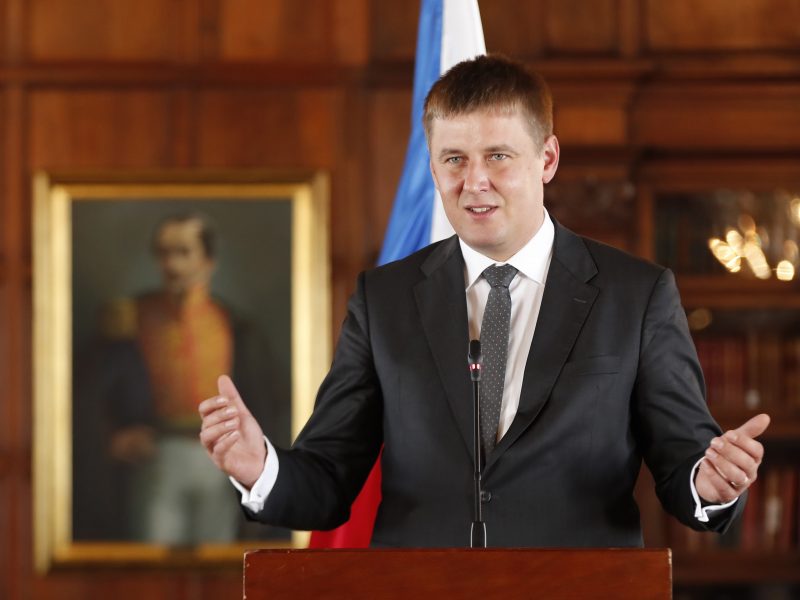 The ball is now kicked to Croatia, which has set a”credible and effective enlargement policy” as one of the priorities during its six-month presidency of the European Council.