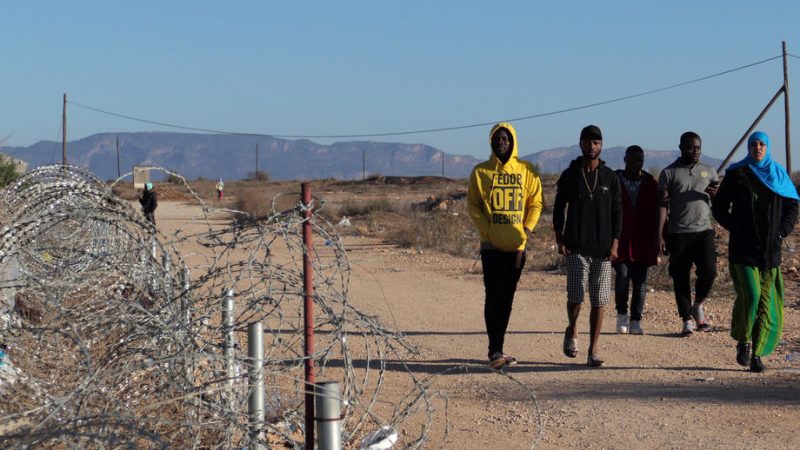 Cyprus said Wednesday (10 November) it would seek to suspend asylum applications to cope with an influx of irregular migrants entering the eastern Mediterranean island that it blames on Turkey.

“A request will be submitted to the European Commission to take action in favour of the Republic of Cyprus, including granting it the right to suspend asylum applications by people entering the country illegally,” he told reporters.

The Republic of Cyprus says it has the highest number of first-time asylum applications among all 27 EU members relative to its population of roughly one million.

It accuses Turkey of orchestrating the crisis by allowing irregular migrants to cross over from the breakaway Turkish Republic of Northern Cyprus (TRNC).

Cyprus has been divided since Turkish mainland troops invaded the north in 1974 after a Greek Cypriot coup engineered by the ruling junta in Athens sought to unite the island with Greece.

The 180-kilometre (112-mile) Green Line has split the island from east to west since then, separating the Republic of Cyprus, the European Union’s easternmost member, from the self-proclaimed TRNC, recognised only by Ankara.

Migrant flows recorded in Cyprus in 2021 were 38% higher than for all of last year, said Pelekanos.

In the first 10 months of the year, 10,868 irregular migrants arrived in Cyprus, 9,270 having illegally crossed the island’s dividing line in a “prescribed and conscious policy by Turkey”, he said.

The current flows added to the more than 33,000 people already illegally residing in the republic, the government spokesman added.

“The percentage of asylum seekers exceeds four percent of the population when in the rest of the EU front-line countries it does not exceed one percent,” Pelekanos said.

His remarks came after ministers agreed on a series of measures to tackle the spike in irregular migration at an emergency meeting chaired by President Nicos Anastasiades.

According to the government, 15,000 people have had their asylum applications rejected but cannot be deported because there is no coherent EU policy or agreement with their home countries on sending them back.

Pelekanos said Cyprus was calling on the European Commission to offer emergency measures to face a “deteriorating situation”.

Also on Wednesday, Cypriot police said a boatload of 61 migrants thought to be from Syria and Lebanon, including 28 children, were escorted to shore in Paphos, on the island’s east coast.