Data shows chronic diseases are ‘unfair’ in the EU 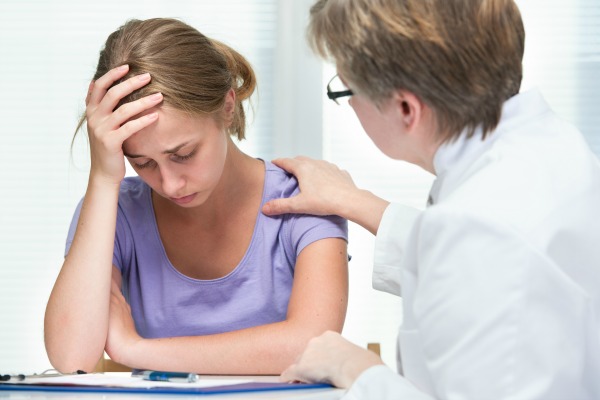 A chronic disease can lead to depression, experts say

SPECIAL REPORT / Chronic diseases are in many ways ‘unfair’ in the EU, experts say, but unfairness and discrimination of patients can be dealt with through disease management, prevention and sharing of best practices.

Speaking at a Commission-held event on unfairness in healthcare systems in Brussels on 18 March, Susanne Løgstrup, director of the European Heart Network (EHN), pointed out that there are substantial inequities in cardiovascular disease mortality in Europe.

“Generally, death rates are much higher in Central and Eastern Europe. So it’s not fair. Since it’s not genetic, we can do something about it,” Løgstrup said.

“The reason why I’m saying these differences are not fair is because we know we can do something about them,” the EHN director stated.

In the European region, the five conditions cancer, diabetes, cardiovascular diseases, chronic respiratory diseases and mental disorders account for 86% of deaths and 77% of the disease burden.

Though the EU has few competences regarding health issues over member states, there are some things that can be done better under the existing treaty, according to the EHN. For example, the EU could regulate on trans-fatty acids, better treatment styles, and address risk factors such as tobacco, diets and alcohol.

Løgstrup said that in order to make health fairer, the EU also needs to make impact assessments around poverty, the economic crisis and unemployment as these determents are a cause for more diseases.

Rebecca Müller, secretary general of Gamian Europe, an organisation which represents patients with mental disorders, said that often when people have a physical chronic disease, this is likely to also cause a depression.

Many people develop depression because they feel stigmatised, Müller said. Mental illness often has an effect on people’s productivity, making them lose their jobs and therefore creating social inequality.

How the EU can address the problems

Wendy Yared, director for the Association of European Cancer Leagues (ECL), explained that stigma and discrimination continue to exist within healthcare systems, but nobody wants to talk about it.

“It’s difficult to get a policymaker to say that in their country, region or city, stigma and discrimination exist. We should close the gaps through cooperation and joint action. We need multi-stakeholder forums that allow for everyone, NGOs, academia and the industry, to share a commitment on improving health,” Yared stated.

Former president and now Slovenian MEP Alojz Peterle from the European People’s Party (EPP) agreed that health issues have to be high on the political agenda and that the EU can do more with data, recommendation and guidelines.

“These differences we see, we consider a proof of discrimination. Citizens don’t like to be punished because they were born on the wrong side of the border. There are big differences in life expectancies between old and new member states. We also see major differences within the member states themselves,” the Slovenian MEP stressed.