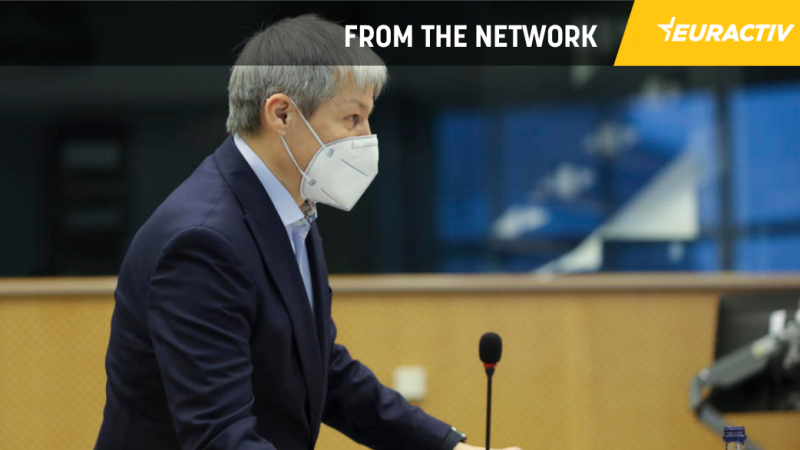 Renew Europe has denied that its Romanian member, the party of the group’s parliamentary leader, has entered into a pact with far-right political forces in an effort to bring down the government in Bucharest.

Romanian media reported on Thursday (2 September) that leaders of USR PLUS, party of Renew group president Dacian Cioloș, had coordinated with the leadership of the far-right AUR party over backing for a no-confidence motion that could bring down the government, which the latter agreed to sign.

Renew Europe has denied the reports.

“There cannot be and there will not be any alliance or deal with the far right. It is a question of principles and values. There has been no discussion on the text with them,” a spokesperson for the group in Brussels told EURACTIV.

“The text of the no-confidence motion has been sent to all political parties represented in the Romanian Parliament to get the required number of signatures to submit it to vote […] AUR expressed its willingness to support the motion. That is their own  decision,” the statement added.

The motion represents an effort by USR PLUS to bring down the government led by conservative Prime Minister Florin Cîțu (PNL), of which it is part, heading up four ministries and a deputy-ministerial post.

Cîțu’s government has been in crisis since the prime minister dismissed former justice minister Stelian Ion, a member of USR PLUS, claiming Ion was too slow in getting his ministry approval for a huge financing plan for local communities, to which USR PLUS objects.

Ion shot back that the final version of the €10-billion-plan has not reached the ministry, and claimed the real reason for his dismissal was the start of procedures to select new chief prosecutors.

The interim replacement of Ion, Interior Minister Lucian Bode, has stopped the selection procedures and has already approved the development program, which is scheduled to be given the green light by the government in its Friday meeting.

Meanwhile, USR PLUS has been unwilling to support the plan of the Social Democratic Party (PSD) to censure the Cîțu government, which has been planning a motion of its own but has not filed it.

“Instead of supporting our motion, USR is more preoccupied to turn AUR into its allies,” PSD MEP Victor Negrescu from the social democrat group in the European Parliament told EURACTIV.

“This new partnership is as healthy as a political alliance between Macron and Le Pen,” he added.

Despite its plans to orchestrate a no-confidence vote against the government, USR PLUS has opted to keep its ministers in the cabinet for now.

However, Cîțu, who still has the backing of PNL and is running to become president of the party in elections scheduled for 25 September, is reportedly thinking of dismissing them if they do not resign after the censure motion is filed.