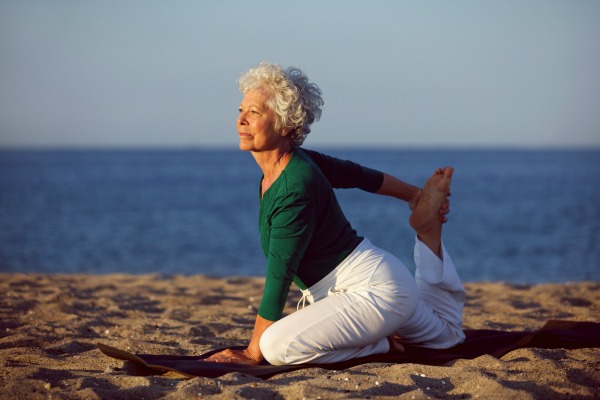 Many elderly suffer from more than one chronic disease (shutterstock)

SPECIAL REPORT / Though Europeans’ life expectancies are increasing, a growing number of elederly people is also experiencing more years living with a chronic disease, which is a big challenge for future societies.

At the EU’s summit on chronic diseases (3 April), member states shared good examples, initiatives and best practices to illustrate how to tackle  chronic diseases when the number of cases rise.

Maria Iglesia Gomez, head of unit at the Commission’s Directorate for Health and Consumers, said in a panel discussion that demographics would be a challenge for health systems in the following decades, but member states could not act together without addressing and investing in prevention related to obesity and diabetes such as alcohol, nutrition and physical activity.

“It’s also important to take other steps such as using screenings as prevention. Health systems also need to be transformed in order to address this demand and we need to involve the patients. They shouldn’t only be treated according to their diseases, but also according to the needs they have,” Gomez said.

She added that the Commission has already launched innovative approaches on chronic diseases in a report, together with member states, to check the impact on healthcare systems, as well as an ongoing joint action on chronic diseases and healthy aging.

“We hope that the next Commission will consider healthy aging a big priority,” she stressed.

Esteban de Manuel Keenoy, director at Kronikgune, a research centre created by the Department of Health of the Basque Country, said that more than 70% of their health expenditure is related to chronic disease.

In Spain’s Basque region, 80% of the population over 80 years of age have two or more chronic diseases, Keenoy said, and as people are living longer lives, the more health problems they have, the more problems the health systems will have. Many of the problems which are in the health sector at the moment should be viewed in the context of economic constraints, the director said.

For example since 2009, the Basque Country has seen a slight decrease in its overall health budget and it expects this to be the scenario for the next few years. But Spain also has 17 million hospital days per year that are unnecessary due to the lack of knowledge of a patient’s problems, and most of the hospital days are related to people over 65.

Keenoy stressed that health systems need to have a different approach to older people, which they tend to view as a bit slow and not so well-educated despite the fact that many now use computers, mobile phones and have families who can help them make informed decisions. New technologies and big data instruments should be used better to help older patients in the future, Keenoy said.

“These people are literate and most of them are active. It’s only very few who are not capable of making their own decisions. So we should approach this completely different. What we need is to make sure that they do have the information and tools to make the best decisions for their own quality of life,” Keenoy stated.

Alice Skaarup Jensen, specialist advisor for the Region of Southern Denmark, said that a health reform in the country in 2007 to address future challenges due to changing demographics had resulted in a different structure and design of the health organisation to make it more cross-sector and to improve outcome.

The new health organisation has led to better cooperation between healthcare providers such as hospitals, municipalities and general practitioners about admission and discharge of patients. Though the healthcare system is witnessing stricter guidelines, this has meant more flexibility for patients who are now experiencing their treatment as one ongoing treatment process.

William Molloy, professor at Centre of Gerontology and Rehabilitation at University College Cork in Ireland, said his country was about to start using a tool to prioritise who needs care the most. The system is screening people to measure risk of expensive costs such as hospitalisation, institutionalisation and death, all of which have great consequences for patients.

When resources are scarce, you have to decide who gets them, which are those with the greatest risk, Molloy said.

“So we look at all these old people who are at risk. We have to not only see who is at risk, but the second part of the intervention has to be what intervention would have the most benefit, and who will benefit the most? Some people won’t benefit or the intervention will be too expensive,” the professor stated.

He encouraged EU member states to make a cost-benefit analysis and screen people who are at the greatest risk because they are the ones who should get the health interventions.

“We have married the traditional assessment of frailty of a patient and put it in the context of a caregiver network and developed a risk score which is a unique way of facing the challenges.”

According to the World Health Organisation (WHO), chronic diseases, such as cardiovascular disease and cancer are by far the leading cause of mortality in the world, representing 60% of all deaths.

To reduce the amounts of death from heart diseases, European Union countries agreed to tackle the underlying health determinants behind cardiovascular health in its 2014-2020 health programme.