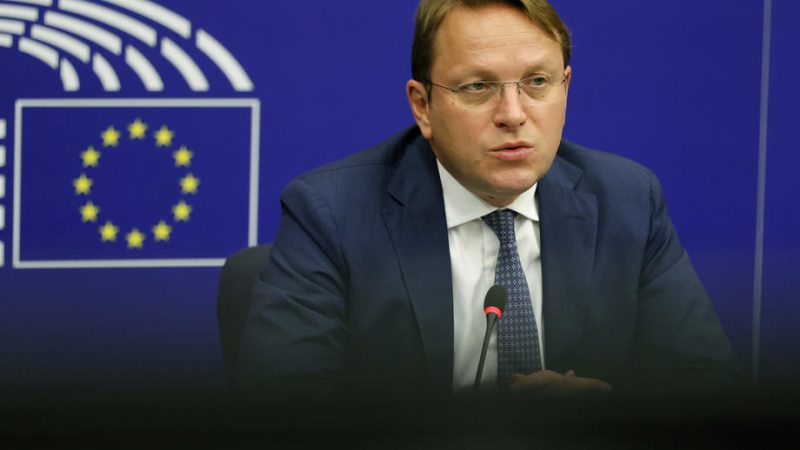 European Commissioner for Neighbourhood and Enlargement Oliver Varhelyi attend a press conference on the enlargement package 2021 at the European Parliament in Strasbourg, France, 19 October 2021. [EPA-EFE/RONALD WITTEK]

The European Commission, battling the growing threats to its core democratic values at home, has promised to dedicate more funds to rule of law programmes for countries in the Western Balkans, against a backdrop of increasing frustration in the region with the sluggish speed of the EU’s enlargement process.

The annual enlargement package announced on Tuesday (19 October) included a 5% budget from the €14 billion pre-accession assistance to EU hopefuls to be allocated to rule of law.

“The package puts even greater focus on closely monitoring fundamental reforms, starting with the rule of law, the functioning of democratic institutions, public administration and economic reforms,” Enlargement Commission Olivér Várhelyi told the European Parliament when presenting the package.

Asked by lawmakers if he stood by his earlier promise to have at least one country in the Western Balkans ready to join the EU by the end of his mandate in 2024, Várhelyi described the question as “academic” but said he was still hopeful.

“As you see, I want to dynamise the whole process because I think it is doable. And it is not only doable, but it is our job to make it happen because if it doesn’t happen, then our positions in the Western Balkans are going to be very seriously compromised,” he said. 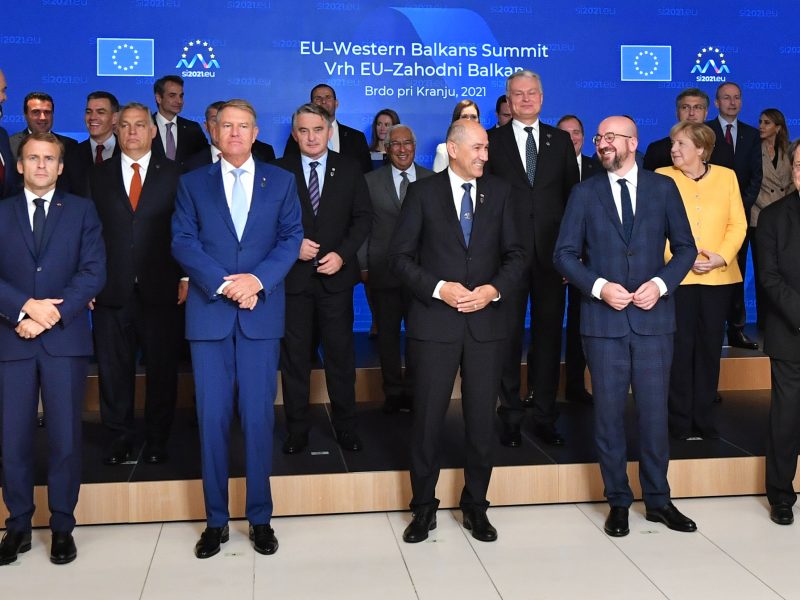 EU leaders failed to make any further tangible commitment to enlargement on Wednesday (6 October), and instead promised once again “the European perspective” and broader economic support to the increasingly disillusioned Western Balkans, in the hope of keeping the region on its European path.

The Commission enlargement chief also said that “the delay in the official launch of accession negotiations with Albania and North Macedonia has had a negative impact on the EU credibility”.

Brussels has been unable to start negotiations with North Macedonia – and by extension Albania, whose accession process is tied to that of Skopje — due to a veto Bulgaria imposed because of disagreements over shared history and language.

However, Sofia’s veto only aggravated an already slow enlargement process.

Montenegro has been in negotiations for almost a decade and despite being considered the frontrunner of the process has had no tangible progress in recent years.

Both Podgorica and Belgrade have decided to voluntarily adopt the EU’s new accession process rulebook, put together to appease the enlargement-wary member states, led by France, and secure the consent needed to continue to EU’s expansion process in the Balkans.

However, even though the new methodology was meant to speed the process along, signs are emerging that ‘frontloading’ the justice and rule of law reforms could potentially also bloc signs of visible progress.

Meanwhile, Várhelyi gave a more upbeat assessment of the progress of Belgrade, saying “in Serbia, there’s a renewed commitment to reform.”

“The Serbian government prioritised EU-related reforms and delivered on a number of outstanding commitments, in particular on taxation and energy,” he said. The enlargement report warned of Serbia’s failure to align with much of the EU’s foreign policy.

Politico reported recently that the Hungarian Commissioner may have been favouring the EU bid of Budapest-allied Serbia while downplaying democracy concerns in the country.

Pressed by MEPs on the issue, Várhelyi said “I think we have answered all the questions”, and described the article as “colourful”.

The Commissioner also gave a positive assessment of continued reforms in both Albania and North Macedonia, particularly in the fight against corruption and organised crime, both extremely important for enlargement-sceptical Western countries.

The assessment was less positive for Bosnia and Herzegovina, where  Milorad Dodik, the Serb member of the country’s tripartite presidency, has recently threatened that the Serb-dominated Republika Srpska (RS) entity could declare independence.

“Political leaders need to support, not disrupt, the functioning of the state institutions and work on the adoption of the rule of law and judicial reforms”, Várhelyi said.

He later added that “we have problem with anybody, no matter which level of the state in Bosnia Herzegovina, who tries to step out of the [1995] Dayton [peace] accords and anybody who prevents the country from functioning, including all its institutions.” 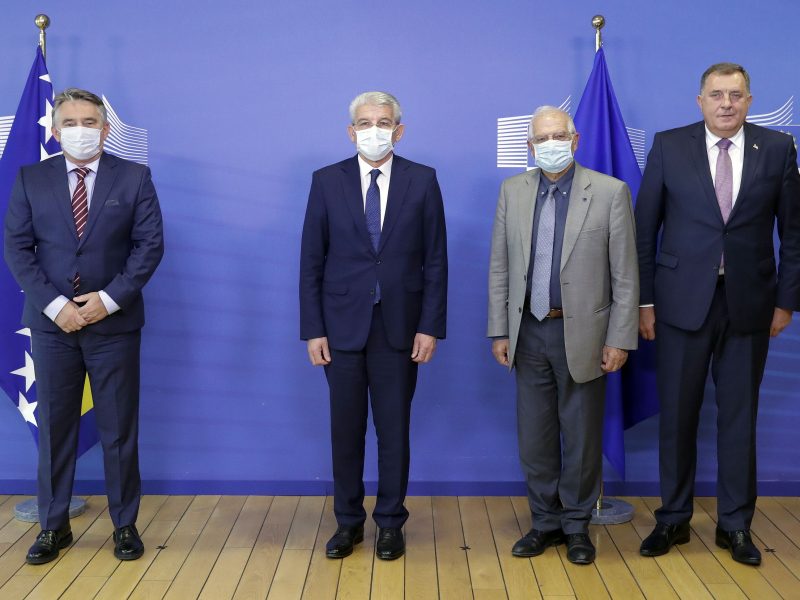 Six southern and eastern EU countries are asking the bloc’s foreign ministers to focus on Bosnia-Herzegovina and help the barely functioning Western Balkan country implement key reforms that should boost its dwindling EU membership bid and ease simmering tensions in the region.

For Kosovo, Várhelyi said the Commission “stands by its assessment” that Pristina is ready for visa liberalisation, a decision that currently remains stuck in the European Council.

Finally, little has changed in relations with Ankara. Várhelyi said “Turkey has not credibly addressed the serious EU concerns on continued deterioration in the rule of law, fundamental rights and the independence of the judiciary. Therefore, the underlying facts leading to the standstill in Turkey’s accession negotiations still hold.”