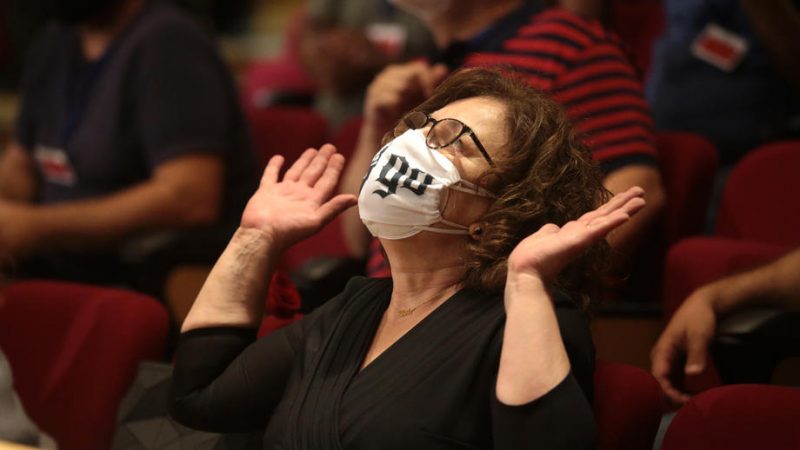 Magda Fyssa, mother of anti-fascist rapper Pavlos Fyssas, who was murdered in 2013 by a member of Golden Dawn": "Pavlos won.. my son!", she told reporters after the announcement of the court ruling. [EPA/PANTELIS SAITAS]

Greece’s neo-Nazi party Golden Dawn was branded a criminal organisation on Wednesday (7 October) in a landmark court ruling hailed as a victory of democracy.

Another 17 members were convicted of being members of a criminal organisation.

Branding Golden Dawn as a criminal organisation basically means that there was a political plan by the party leadership behind the crimes its members committed.

It is not known yet how many years in prison each of them will get as sentences are is expected later in the day. Michaloliakos and fellow senior members face jail sentences from five to 15 years.

The judgement was passed to a background of clashes between police and anti-fascist demonstrators on the sidelines of a large protest of some 15,000 people.

“Golden Dawn belongs to the garbage can of history,” commented the main opposition leader, leftist former Prime Minister Alexis Tsipras, while socialist leader Fofi Gennimata said: “Τhere is no room for fascism in our lives and only together, we will get rid of neo-Nazis”.

Reading out the verdict in a trial that lasted over five years, presiding judge Maria Lepenioti said Golden Dawn founder and leader Nikos Michaloliakos and other senior members were guilty of running a criminal organisation. 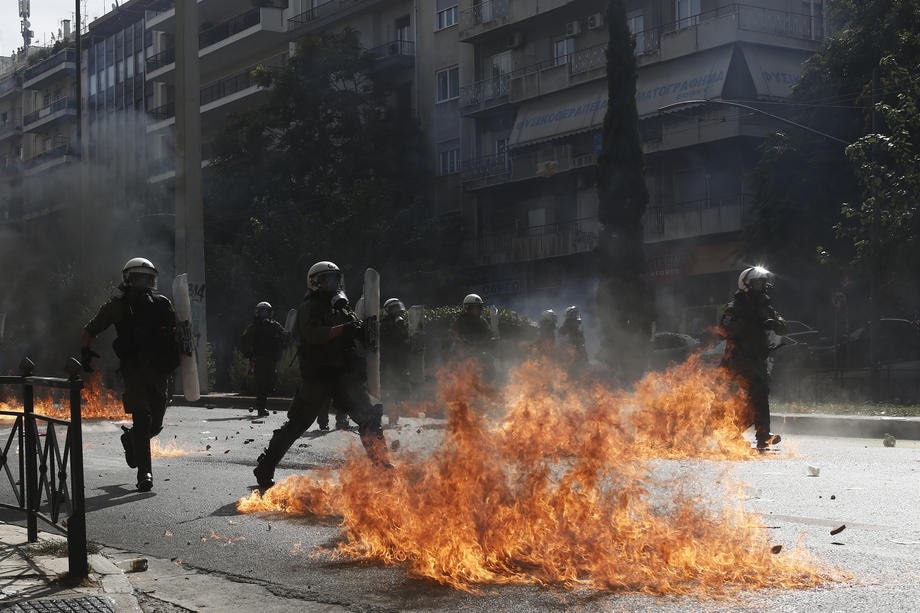 Riot policemen try to avoid flames from a petrol bomb thrown by protesters after the Greek court ruled the Golden Dawn party as a criminal organisation, in Athens. [EPA/YANNIS KOLESIDIS]

None of the party’s senior members were present in court.

The crowd had started gathering outside the court two hours before the verdicts were handed down in response to a call from the anti-fascist movement, trade unions and parties on the left.

“The people want the Nazis in jail”, read the placards.

Hundreds of police were also deployed at the courthouse, a few kilometres from the historic centre of the capital.

The prosecutions were sparked by the late-night murder of 34-year-old anti-fascist rapper called Pavlos Fyssas, who was chased down by a mob of Golden Dawn thugs and stabbed to death in front of a cafe in the western Athens suburb of Keratsini in September 2013.

His mother Magda was seen entering the court ahead of the hearing.

“Pavlos won.. my son!”, she told reporters after the announcement of the court ruling.

The killer, former truck driver Yiorgos Roupakias, confessed but the attack sparked outrage and charges that Golden Dawn was a paramilitary-style organisation that uses beatings, intimidation and murder as tactics — all with the knowledge of senior party members.

There was uproar last year when chief prosecutor Adamantia Economou called for the acquittal of the party leaders on the basis that the existence of a criminal organisation had not been proven. 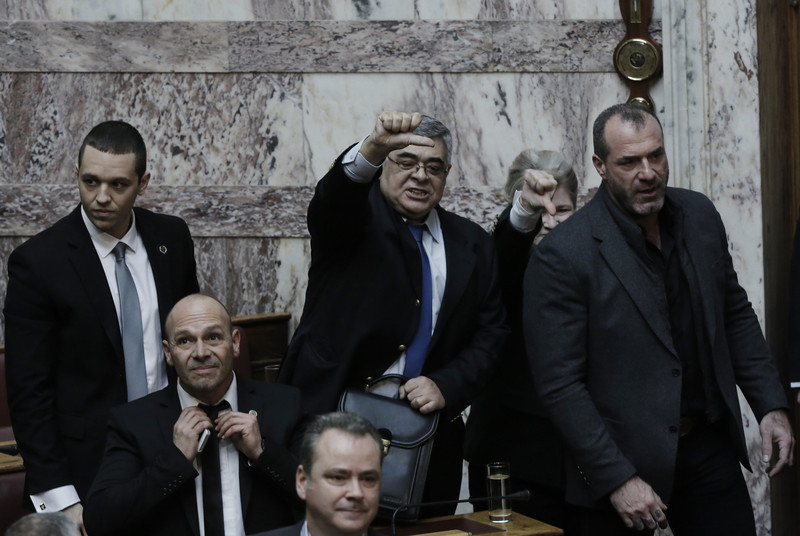 Branding Golden Dawn as criminal organisation basically means that there was a political plan led by the leadership of the party for the crimes its members executed in a heavy indictment. [EPA/YANNIS KOLESIDIS]

In total, 68 members of the party have been on trial, including Michaloliakos and more than a dozen other former MPs like him who were elected in 2012, as the openly xenophobic group capitalised on discontent over joblessness and migration and won 18 seats in the 300-seat parliament.

The investigation already took its toll on the party, causing a number of senior members to defect. In the last election in 2019, the party failed to win a single seat.

As well as delivering a verdict in the murder trial for Fyssas and the trial of senior leaders of Golden Dawn, the court was also to hand down judgements for two other assault cases allegedly involving Golden Dawn members.

An Egyptian fisherman was left with broken teeth and head injuries after being beaten with clubs and metal bars in June 2012 as he slept.

Just over a year later, Communists putting up posters were attacked with nail-studded clubs.

“This verdict sends a clear message to political groups with aggressive anti-migrant and anti-human rights agendas in Greece and across Europe that violent and racist criminal activity – whether perpetrated by individuals on the street or members of parliament, will not go unpunished.

“Golden Dawn’s activities exposed a fissure that exists not just within Greek society but across Europe and beyond. Today’s landmark ruling is a recognition of the systemic threat posed to our societies by a violent, racist group and a commitment that this threat must not be allowed to continue.

“Today’ verdict is the first step to deliver justice for the victims of hate crimes and discriminatory attacks and must serve as a stark reminder of the dangers of demonizing and scapegoating entire populations. We hope this judgement will mark a turning point to deter racist violence and hate crimes in the future."