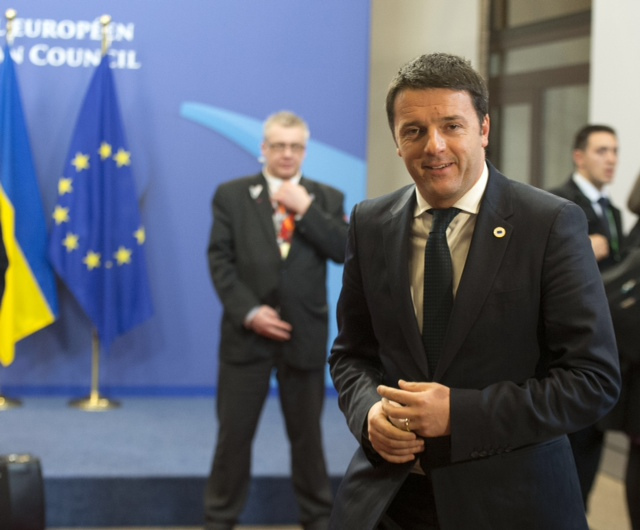 Matteo Renzi promised to “revolutionise” Italy. In the wake of his victory in the European elections, he is expected to announce reforms in Italy’s public administration on Friday, 13 June.

Matteo Renzi became Prime Minister of Italy in February 2014 after promising to ‘restart’ Italy through a major reform each month. Following his recent landslide in the EU elections, on the eve of the Italian presidency of the council of the EU, his government is expected to present a set of measures to reform Italy’s public administration on Friday (13 June).

The reforms come after a month-long online public consultation. The new legislative package aims to improve the efficiency of a notoriously dysfunctional public sector. The Italian Minister of Public Administration, Marianna Madia, will share the government’s plan with the main trade unions on Thursday (12 June).

This new package comes as part of the Renzi’s sweeping reform programme. He has repeatedly vowed to reduce austerity and promote economic growth and job creation.

His government plans to reform the labour market through greater labour mobility. Part of the plan includes securing 10,000 jobs for young people by giving workers near retirement age incentives to retire early.

Marianna Madia wants to promote part-time jobs with a healthy work-life balance, notably for women. She is a mother of two and her younger daughter was born soon after she was appointed as Minister.

Thousands of Italian employees work under temporary contracts, which have few rights or benefits. Madia has openly criticised the situation, calling it shameful and unbearable.

This is not the first attempt to push through reform in Italy: nearly all recent governments have tried to reorganise the public sector. In 1997, former Minister Franco Bassanini became a popular figure in Italian politics, with the first package aimed at slashing red tape. Despite this, the public sector is still affected by corruption and bribery, while businesses are hampered by excessive bureaucracy.

Recent arrests in Milan’s Expo 2015 and Venice’s Moses Projects show that corruption scandals are still an issue in Italy. Such cases add to the feeling that nothing has changed since “Tangentopoli”, an immense political corruption system uncovered in the 1990s.

To tackle this, Matteo Renzi intends to grant more powers to the national anti-corruption authority and its president Raffaele Cantone. He believes that this is the best way to increase control over public spending. This law is still in the pipeline.

Italian Prime Minister, Matteo Renzi, saw his position in Brussels reinforced by his triumph in last month’s European elections. His centre-left Democratic Party won more than 40 percent of the vote, in one of the best results for any Italian party since World War Two.