Juncker and Macron in French Guiana, showing EU interest for its periphery 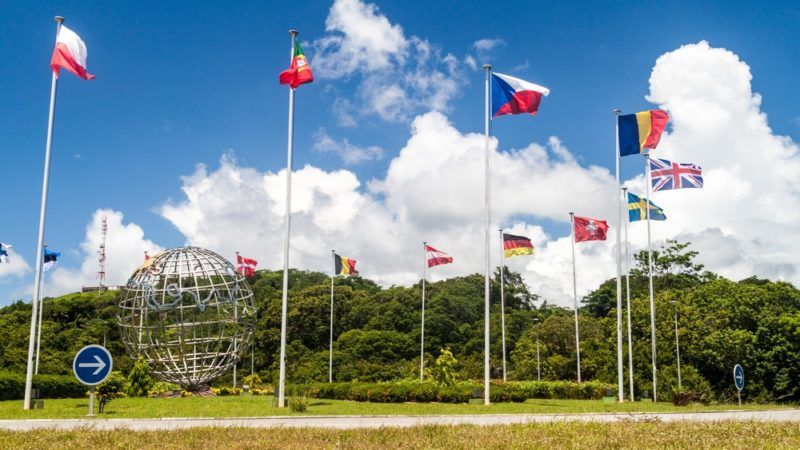 Macron and Juncker’s are visiting French Guiana for the fourth edition of the Forum of the Outermost Regions, putting the spotlight on the EU’s peripheral areas.

The two presidents want to show the emphasis the executive is putting on peripheral regions, and on the EU’s spatial policy, which is based in Korou’s space centre.

“French Guiana”, the European Parliament says, “provides the link between Europe and space.”

Spain, Portugal, and France, who are most concerned by the topic, have asked the Commission to advance on this dossier and the EU executive recently presented new proposals.

The EU already has a policy on peripheral regions but it does not seem very effective: the development gap between the continent and its outermost outposts, remnants of colonial times, are huge. Access to the internet is often faltering and large swathes of territory are left abandoned.

Poverty, unemployment at 23%, dysfunctional public services, a bad relationship between police and population, organised crime: Guiana is the epitome of all issues encountered in peripheral regions, which are multiplied exponentially due to its large territory covered by 95% by the Amazon forest.

Clashes between police and demonstrators took place on the first day of Macron’s visit on Thursday (26 October).

“I am not Father Christmas because Guyanese people are not children”, Macron told an angry population still waiting for a €1 billion investment plan promised by the previous French government.

Given the socially tense context, the visit of the two EU leaders and its symbolic meaning risks going unnoticed.

Their visit responds to a recent institutional evolution, which strengthens the EU’s responsibilities towards its outermost regions.

The EU’s competences are strengthened by the Lisbon treaty, by a European Court of Justice interpretation in 2015 that allows the EU to be more proactive towards these regions.

The text “allows a solid base for a new partnership”, Juncker declared earlier this year at the Forum of Outermost Regions.

The EU’s contribution is currently limited to small projects, often criticised as inadequate and marginal compared to the scale of these regions’ needs – it is the case of contemporary art projects in the Azores, or solar panels in the depth of the Amazonian forest.

The funds come from the EU’s Rural Development Fund and the EU’s Social Fund.

With the new communication published by the EU executive on Tuesday, the EU’s contributions must be better adapted to the local context and channelled through the European Investment Bank.

The leaders of outermost regions have accepted this new drive but regretted that certain key points have been left out, such as competition and fiscal policy.