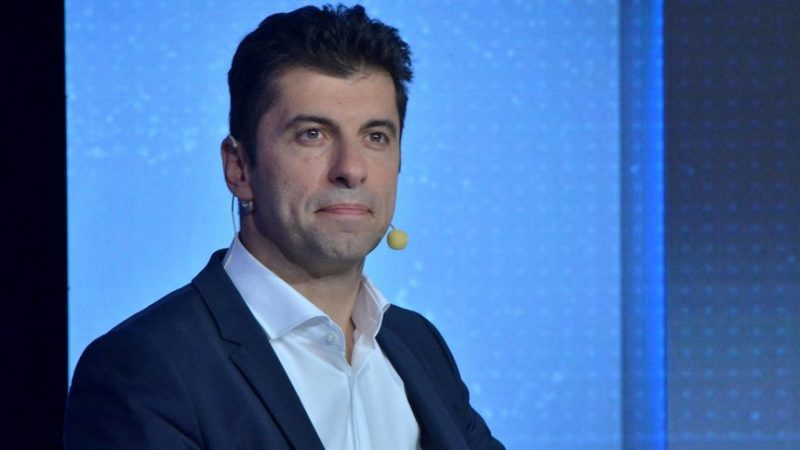 The most‘ probable ruling coalition in Bulgaria will be between the so-called parties of change – ‘There is such a people’, ‘Democratic Bulgaria’ and ‘Change continues’ – plus the Bulgarian Socialist Party (BSP).

They have all declared as their primary goal the destruction of the corrupt and crony model put in place in the last decade by former prime minister Boyko Borissov. 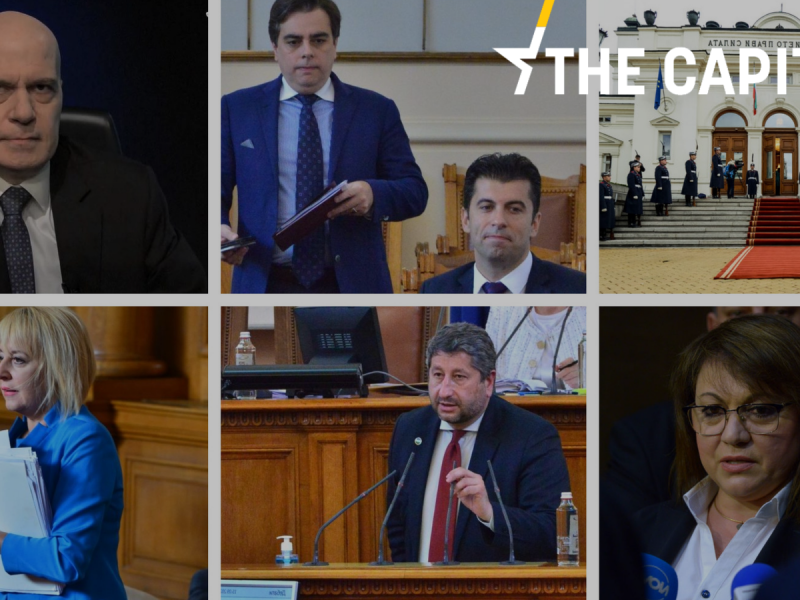 Bulgaria has been in a severe political crisis over the past year. The parliament has been fragmented, and scandals between major political players have made the situation even more complex. For the first time, Bulgarians have to vote three times …

Together with Assen Vassilev, the other co-leader of ‘Change continues’, Petkov, a Harvard-trained businessman, gained prominence as a minister in the caretaker government of Stefan Yanev (May-September 2021), when both exposed corruption in various spheres. 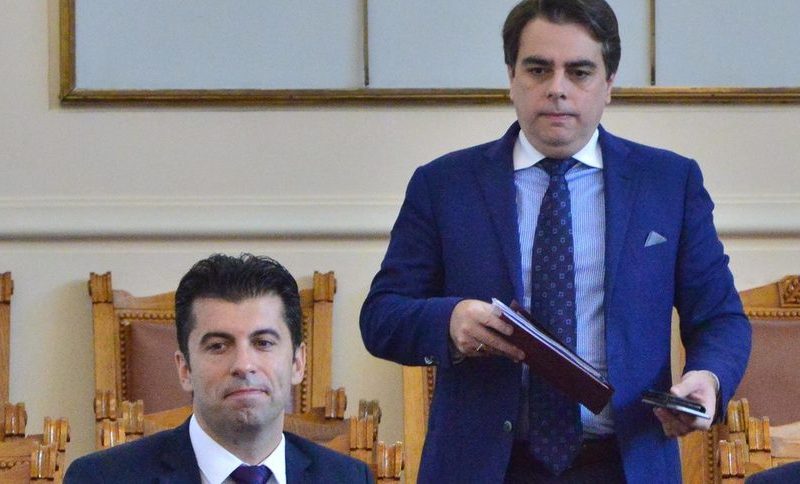 Petkov disclosed that ‘Change continues’ proposes a radical change in the Bulgarian judicial system – by removing the figure of the prosecutor general.

In the summer of 2020, Bulgarians protested in the streets, demanding the resignation of  Borissov and of Ivan Geshev, the prosecutor general seen as the guardian of Borissov’s status-quo. Borissov lost power after the 4 April elections, but Geshev is still in office.

He confirmed that with other like-minded parties, ‘Change continues’ is preparing changes to the Constitution, without which such a radical change is impossible.

Bulgaria sent to the European Commission its Recovery Plan on 15 October, reportedly because of difficulties in agreeing dates for the coal phase-out. Several dates have been mentioned and the caretaker cabinet insists on the latest – 2038. 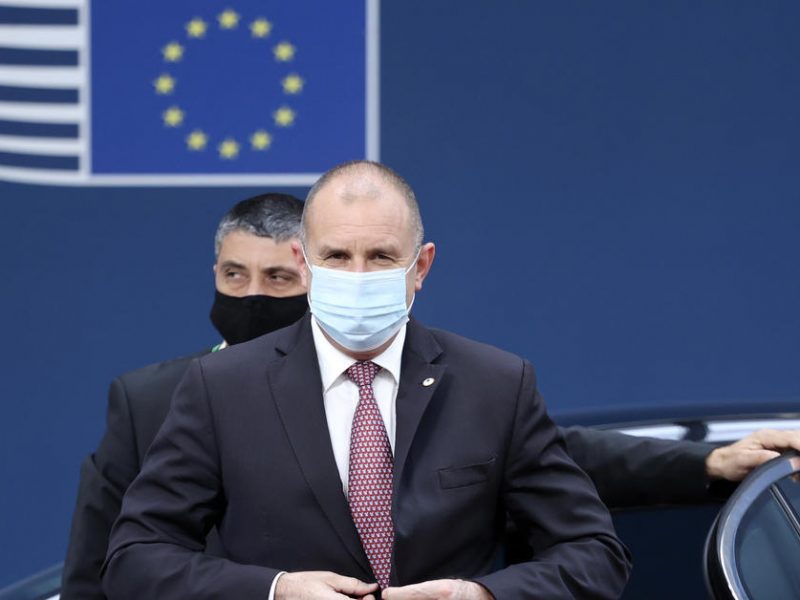 The Bulgarian recovery plan includes 59 investment projects and 46 reforms. It was approved by the caretaker government on Thursday and was formally sent to the European Commission on Friday.

Asked to comment, Petkov explained that the Fraunhofer Institute in Germany is developing innovative carbon neutralisation technology thanks to which carbon dioxide can be captured and converted into fertilizers.

He expressed hope that an agreement for closing the coal industry in 2040 could be agreed but if that proves impossible, 2035 would be the closure date.

Petkov also said there is a need to discuss with the Commission the need for a smoother rise in CO2 quota prices, as high prices make the European economy uncompetitive.

“The less imported energy we have, the more independent we are. The worst that can happen is to replace Bulgarian coal with imported gas, which in 10 years, due to the green deal, will be treated just as we treat coal emissions today,” said Petkov.

Electricity from the Danube and geothermal power

His party will defend the optimisation of Pump-accumulator hydroelectric power stations (Bulgaria has one, Chaira, built under communism and in need of deep rehabilitation), the construction of a joint hydropower plant on the Danube with Romania with underwater turbines and no dams, the use of Bulgaria’s geothermal resources and the reduction of administrative barriers to business and individuals who want to produce electricity for their own needs from solar installations.

No to Belene nuclear power plant

According to him, however, Bulgaria’s strategic interest requires the existing Kozloduy NPP to operate for as long as possible.

Asked how his party will agree with its expected coalition partners such as the Socialist Party BSP and Slavi Trifonov’s ‘There is such a people’, who insist on the Belene nuclear plant, Petkov answered: “We are in a listening mood. We are not starting with an ideology, we want to find the best working solutions”.

Asked how he would deal with the Western pressure on Bulgaria to lift its veto over the start of neighbouring North Macedonia’s EU accession talks, Petkov gave a long answer referring to his own experience in the region.

“As a businessman, it was easier for me to sell in the US, in Australia, Japan or New Zealand, than in North Macedonia, Albania, Montenegro or Serbia. When I travelled in the region, Serbs were saying terrible things about Montenegrins, Montenegrins advised me to avoid Albania or to drive fast and not to stop because my car would be stolen, and Albanians warned me that the Western part of Macedonia was the worst place in the Balkans.”

Petkov also deplored the poor infrastructure and the absurdity of airline connections that link Sofia to Skopje via Vienna, which he called an illustration of the term ‘Balkanisation’.

He said that to solve problems, historians were not enough and top businessmen should also be included.

“It is not enough once every six months to throw stones at the other side of the village and wait for the stones to be thrown back. We want to see every two months what has been achieved, with KPIs, with analysis of what the hurdles are, with maximum communication, to have real negotiations, which we didn’t have before,” he said.

He did not, however, provide a timeframe for a possible lifting of the veto.

Asked which European political group his party would join, Petkov said talks would be held with the main groups in the European Parliament.

He warned his party would express its dismay at the fact that the centrist Renew Europe group supports the Bulgarian party the Movement for Rights and Freedoms (DPS), which harbours Delyan Peevski, a controversial businessman who has been sanctioned by Washington under the Magnitsky Act and that the EPP still supports Borissov’s GERB party.