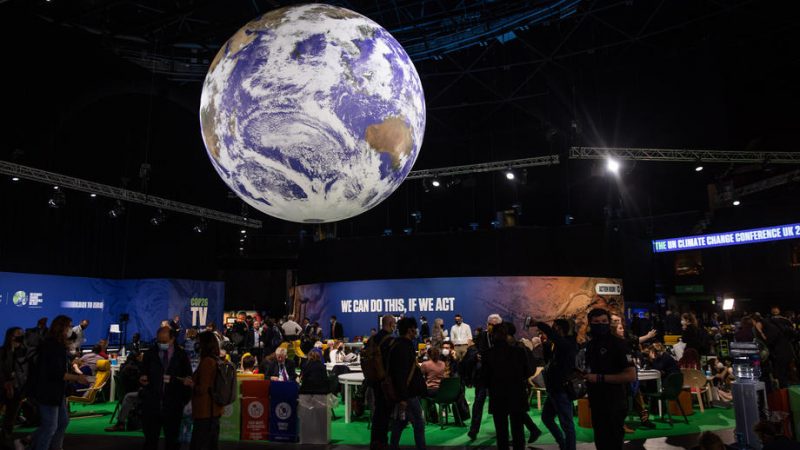 Attendees in the Blue Zone during the COP26 climate talks in Glasgow, Britain, 2 November 2021. [Pool/EPA/EFE]

Countries on Tuesday (2 November) issued a landmark pledge to slash their methane emissions this decade, with US President Joe Biden chiding China’s leader for skipping the make-or-break COP26 climate summit.

Nearly one hundred nations joined a United States and European Union initiative to cut emissions of methane – a potent greenhouse gas – by at least 30% this decade, with China among notable absentees.

The initiative, which experts say could have a powerful short-term impact on global heating, followed an announcement earlier on Tuesday at the summit in Glasgow in which more than 100 nations agreed to end deforestation by 2030.

“One of the most important things we can do between now and 2030, to keep 1.5C in reach, is reduce our methane emissions as soon as possible,” said Biden, referring to the central goal of the 2015 Paris Agreement.

He called the pledge, covering half of global methane emissions, a “game-changing commitment”.

However, he criticised the decision of China’s President Xi Jinping – whose economy is the largest overall emitter – not to attend the summit kicking off the 13-day climate negotiations.

“It’s been a big mistake, quite frankly, for China not showing up. The rest of the world looked at China and said, “what value are they providing?’,” Biden told reporters.

“It’s just is a gigantic issue and they walked away. How do you do that and claim to be able to have any leadership?” Biden said.

The same was true for Russian President Vladimir Putin, he added.

83 countries are now joining us in this worldwide initiative to reduce methane emissions.

This will slow down global warming and keep the goal of limiting warming to 1.5 degrees within reach. https://t.co/P9tDfU9xsB

Heads of state and government are gathered in Glasgow for the two-day summit that host Britain is hoping will spur ambitious climate action during the negotiations that follow.

Organisers say the outcome in Glasgow will be crucial for the continued viability of the Paris Agreement temperature goals.

British Prime Minister Boris Johnson said on Tuesday he was “cautiously optimistic” about progress made in Glasgow so far.

Decades of climate pledges have been rooted in reducing carbon dioxide emissions. Yet methane (CH4) is over 80 times more potent than CO2, and its sources, such as open-pit coal mines, gas leaks and livestock, have received relatively little attention until now.

The International Energy Agency estimates that the fossil fuel industry emitted 120 million tonnes of methane in 2020, and much of it can be easily avoided.

A UN report from earlier this year showed that “available targeted methane measures” could see CH4 levels reduced by 45% by 2030.

This would shave 0.3C off projected warming, save a quarter of a million air pollution deaths and increase global crop yields by 26 million tonnes, the UN’s Environment Programme (UNEP) has calculated.

UNEP also says greenhouse gas emissions in general must fall 45% by 2030 to keep 1.5C in reach.

“Methane is but another reason why the fossil fuel industry has to end.”

However, major emitters China, India, Russia and Australia did not sign the pledge.

WWF climate expert Vanessa Perez-Cirera said she would like to see “all signatories to the Paris Agreement sign up”.

Earlier on Tuesday, countries made a multibillion-dollar pledge to end deforestation by 2030.

But the promise was met with scepticism from environmental groups, and although details were sparse, it appeared to largely resemble an earlier pledge. 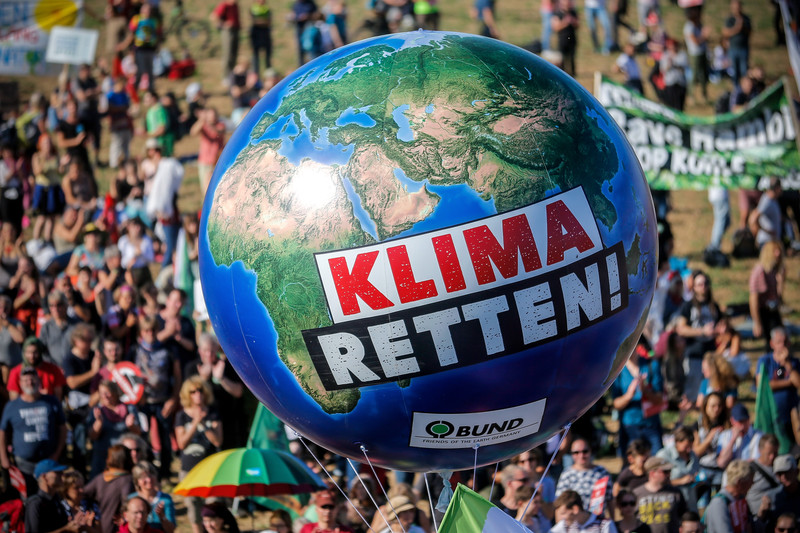 World leaders meeting at the COP26 climate summit in Glasgow will issue a multibillion-dollar pledge to end deforestation by 2030 but that date is too distant for campaigners who want action sooner to save the planet’s lungs.

The British government said that the plan to drum up around $20 billion in public and private funding had been endorsed by more than 100 leaders representing over 85% of Earth’s forests, including the Amazon rainforest.

The summit pact to “halt and reverse deforestation and land degradation by 2030” encompasses promises to secure the rights of indigenous peoples, and recognise “their role as forest guardians”.

While Johnson described the pledge as “unprecedented”, a UN climate gathering in New York in 2014 issued a similar declaration to end deforestation by 2030.

An assessment earlier this year found that virtually no government was on course to fulfil its responsibilities.

“It is essential that it is implemented now for people and planet.”

Meanwhile, chaotic scenes continued on Tuesday around the COP26 venue, with attendees queueing around the block awaiting security checks.

By early afternoon, the UN organisers sent a text alert asking people to stay away from the venue “in order to ensure compliance with Covid-19 measures”.

Accessibility issues in the locked-down city centre were highlighted as Israel’s energy minister, who uses a wheelchair, was unable to enter the venue on Monday.

Israel's energy minister, Karine Elharrar, was unable to attend Monday's COP26 events because she couldn't access the venue in a wheelchair. She waited two hours and was later offered a shuttle to the site, she said, but the shuttle was also not accessible.https://t.co/ywj1fJ1WVX

The laundry list for COP26 remains daunting, with pressure on leaders to commit to faster decarbonisation and provide billions to nations already dealing with the fallout of climate change.