The chaotic situation with thousands of migrants and refugees stranded at the Greek-Turkish border has attracted the interest of Nazi groups across Europe.

Kouloglou said armed citizens’ militias accompanied by far-right Nazi groups have been taking illegal and dangerous action amid the escalating migration crisis at Europe’s external frontiers with Turkey. The leftist MEP said mob attacks against arriving refugees on the island of Lesvos have been reported in recent days.

Kouloglou said far-right groups have also attacked journalists and he accused the Greek government of failing to address their actions.

Kouloglou added that supply storages on the island of Chios were torched while attacks also took place against Medicines Sans Frontiers personnel on the Lesvos island, resulting in the suspension of their field hospital.

Local news website Stonisi.gr reported that five people from Germany’s neo-Nazi Identitarian Movement are currently on Lesvos pretending to be journalists. One of them was reportedly attacked and injured on the head.

Earlier this week, Katharina König-Preuss, a Die Linke member responsible for combating racism and fascism in the state of Thuringia, reported online information about neo-Nazi Germans who were trying to reach the Greek-Turkish border.

Moreover, the editor-in-chief of Facebook’s fact-checker in Greece, Greek Hoaxes, posted on Facebook a picture of Austrian neo-Nazis at the Greek-Turkish border. 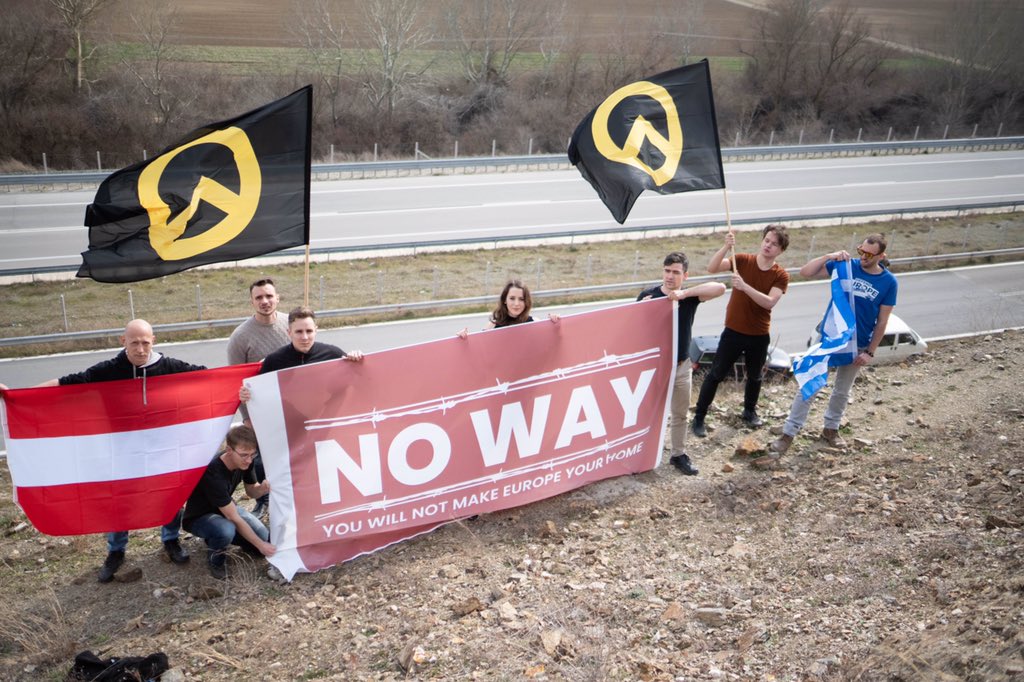 In addition, a group of residents in Mytilene, the capital of Lesvos, did not allow a ship owned by the NGO Sea Watch to provide supplies to the port city, local media reported.