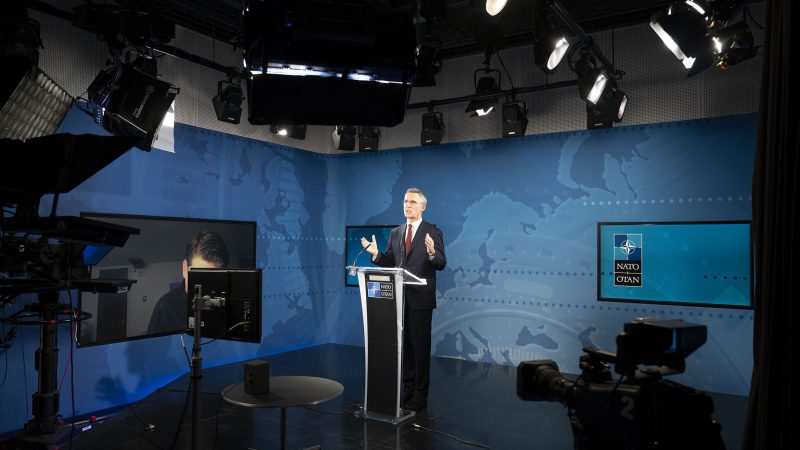 “Some of our exercises have been modified or cancelled … but our forces remain ready,” Stoltenberg told reporters in a first-ever virtual briefing.

Before the announcements, Europe was preparing for what security officials have called “the most extensive transfer of US soldiers to Europe in the past 25 years”, with around 37,000 soldiers taking part in the US-led military exercise “Defender Europe 2020” for the transfer of troops to Germany, Poland and the Baltic states.

On Monday (16 March), NATO’s Defender Europe exercises were partially cancelled, with US Army Europe command making changes in terms of size and scope.

“As of March 13, all movement of personnel and equipment from the United States to Europe has ceased. The health, safety and readiness of our military, civilians, and family members is our primary concern,” the US European Command (EUCOM) said in a statement.

On 11 March, Norway, in coordination with its civilian health authorities, cancelled its March NATO exercises dubbed “Cold Response” due to coronavirus outbreak, with more than 15,000 soldiers from nine countries returning to their home locations.

“The virus is out of control in the society, and that’s a new situation. Therefore, we have decided to start a controlled cancelling of the exercise,” General Rune Jakobsen, Commander at the Norwegian Joint Headquarter, said after the decision.

Stoltenberg told reporters that the coronavirus outbreak is a “time when our resilience is put to the test and tested to the limit”.

“This is an unprecedented crisis, in the past, we have overcome crises and together we will overcome the coronavirus crisis,” he added.

The NATO chief said the alliance has introduced measures to protect its employees, soldiers and civilians.

According to him, there have been no reports of infections of the disease among members of NATO’s military mission in Afghanistan and troops will continue to come home as agreed under a US peace deal with the Taliban last month.

Germany said on Tuesday its troops going in and out of Afghanistan from Germany would be quarantined for 14 days to avoid the virus spreading into military operations.

Stoltenberg encouraged NATO countries to maintain their military spending despite the economic shock of the coronavirus pandemic, suggesting that military can play a role in helping to mitigate the crisis.

“We see that in many allied countries, the armed forces are providing support,” he said, citing logistics, border security, military hospitals and other medical support.

Several European countries have used their armed forces to enforce checks after introducing border controls to restrict travel across the bloc in an attempt to contain the coronavirus outbreak.

Presenting NATO’s annual report on Thursday (19 March), Stoltenberg once again urged national governments to continue to fulfil their commitments and stick to their defence spending plans of 2% GDP.

“When NATO allies decided to invest more in defence, they did so because we live in a more uncertain, more unpredictable world,” Stoltenberg said. “That hasn’t changed. I therefore expect allies to continue their commitment.”

In 2019, spending targets were fulfilled by only eight European NATO members, according to the Alliance’s annual report.

A meeting of the alliance’s 29 foreign ministers is scheduled for early next month at NATO’s Brussels headquarters. According to NATO officials, the alliance is currently considering whether ministers will attend in person or use videoconferencing.

Belgium, NATO host country, declared a lockdown for the entire country over the coronavirus crisis from noon on Wednesday (18 March) until 5 April, following the example of several other European countries.

Since measures to practice social-distancing were introduced to slow the spread of the virus, the EU has been holding summits and ministerials via videoconferencing.