Speaking at the start of a cabinet meeting, Netanyahu said an inquiry had “found support from European countries, including France, for several organisations that engage in incitement, call for a boycott of Israel and do not recognise the state of Israel’s right to exist.”

“We will complete the inquiry and submit the findings to the French government,” Netanyahu said, without identifying any organisation.

Israeli officials have regularly condemned support by foreign governments for left-wing NGOs critical of the country’s policies towards the Palestinians. 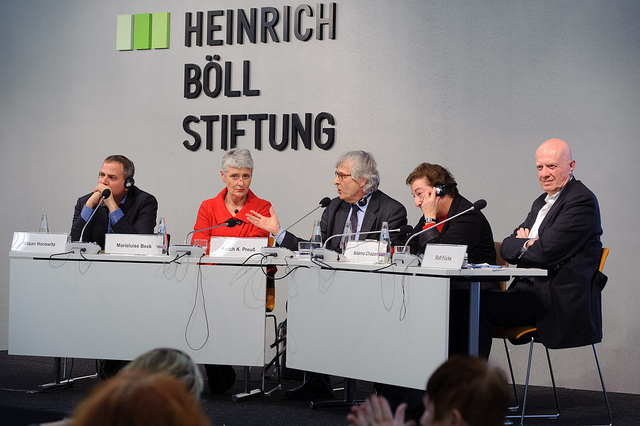 A bill that opponents say targets Israeli human rights groups critical of Israel’s policies towards the Palestinians won initial approval in parliament yesterday (8 February) with the support of right-wing parties.

In mid-July, Israel’s parliament adopted a law seen as targeting left-wing groups critical of the government by forcing NGOs that receive most of their funding from foreign states to declare it.

Netanyahu also appeared to make reference to France’s announcement on Friday that it would consider a temporary ban on foreign financing of mosques following a series of jihadist attacks.

“We are also disturbed by such donations to organisations that deny the state of Israel’s right to exist,” he said.

Israel has been faced with a boycott movement over its nearly 50-year occupation of the West Bank.

Some, however, accuse the movement of anti-Semitism.

Violence since October has killed at least 218 Palestinians and 34 Israelis.

Most of the Palestinians killed were carrying out knife, gun or car-ramming attacks, Israeli authorities say.

Others were shot dead during clashes and protests, while some were killed in Israeli air strikes in the Gaza Strip.

Many analysts say Palestinian frustration with Israeli occupation and settlement-building in the West Bank, the complete lack of progress in peace efforts and their own fractured leadership have fed the unrest.

Brussels and Washington on Wednesday (27 July) slammed as “provocative” Israeli plans to build hundreds of new settlement homes in annexed east Jerusalem, saying they seriously undermined the prospect of peace with the Palestinians

Israel says incitement by Palestinian leaders and media is a leading cause of the violence.

The EU Foreign Affairs Council last month reaffirmed its policy of differentiating between products made in Israel, and those produced in settlements. By so doing, it upheld the principle underpinning in its labeling guidelines of November 2015, writes Mousa Jiryis.