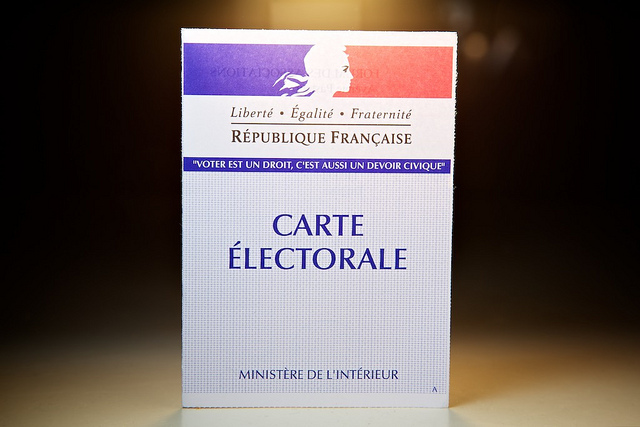 EXCLUSIVE / The French company assigned to distribute election literature for the European elections has been “overwhelmed”, leading to delays and the wrong programmes for the National Front. EURACTIV France reports.

On the eve of the European elections, the distribution of French campaign literature has fallen victim to delays. The deliveries containing candidates’ political programmes were not sent to some French departments. In the Seine-et-Marne department (77), located outside Paris, the literature was not late, but wrong: “For the National Front, leaflets for Florian Philippot were sent instead of leaflets for Aymeric Chauprade,” stated the National Front.

The mistakes and delays have been blamed on the routing company put in charge of distribution, Koba Routage, which according to the French Interior ministry, was “overwhelmed”.

The large number of lists and May’s long holiday weekends are said to have contributed to the delays and mistakes. The company refused to comment to EURACTIV France on the issue.

Documents that are delivered to each French region must be validated by “Propaganda Committees”. “The committees are not experienced with this amount of lists”, stated the Interior ministry. This also contributed to problems faced by the routing company. The candidates had until the 13 May to submit their campaign material, so that the commissions could validate the documents before sending them out.

Koba Routage have reaffirmed that the documents will be distributed by Saturday (24 May). French postal services were notified in advance and have put in place special measures to ensure their distribution.

The issue was raised last autumn when the then Minister of the Interior, Manuel Valls, proposed to do away with expensive campaign literature.

The idea of migrating campaign literature to the internet led to heated debates and opposition from the Minister of Foreign Affairs, Thierry Repentin, who argued that this would send a negative message of France’s commitment to European issues.

“The failure to distribute electoral literature is not a reason to cancel the elections,” said Bernard Cazeneuve, who has since taken over as Minister for the Interior.

There are now concerns over the distribution of voting ballots for the election. Koba Routage was also charged with printing and distributing part of the voting ballots.

The Lisbon Treaty also strengthens the powers of the European Parliament, consolidating its role as co-legislator and giving it additional responsibility: it elects the president of the Commission on the basis of a proposal by the European Council taking into account the results of the European elections (Article 17.7) of the Treaty on European Union.