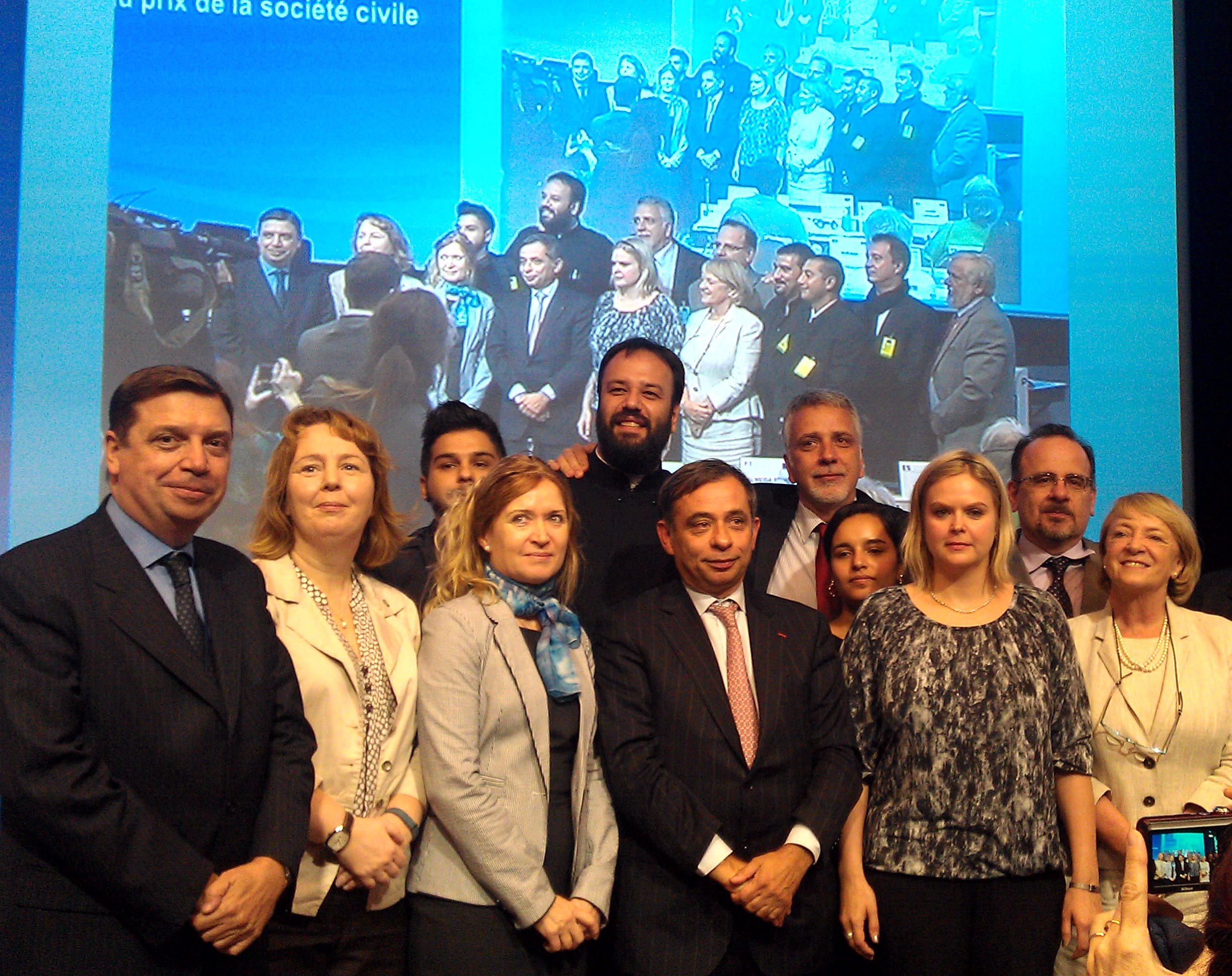 The European Economic and Social Committee awarded a prize to three oganisations for their work on Roma integration. [Ecaterina Casinge]

This article is part of our special report Roma Inclusion.

The winners, ETP Slovakia, the Greek Reverend Archimandrite Athinagoras Loukataris, and the Czech IQ Roma Servis, were selected from 81 organisations that competed with projects for a €30000 reward shared between the top three.

It is no coincidence the EESC chose to award a prize to Roma civil society organisations this year. Following the gains of populist and xenophobic parties in the last European elections, the committee made Roma inclusion a top priority.

All three winners work on Roma issues, but focus on different aspects of Roma life.

ETP Slovakia, winner of the first prize, for the past 15 years, has been working on giving an opportunity to every Roma family to own a house through their “Building Hope” project. The programme offers Roma micro-loans, and teaches them how to build houses, among other things.

“Our services are available to everyone, free of charge, and on a voluntary basis. We do not discriminate (against) our clients on (a) racial basis, but we focus our activities on the most motivated and most needy clients,” said Slávka Ma?áková, ETP Slovakia Director. “We try to create positive role models for the others to follow.”

The second prize was given to Reverend Archimandrite Athinagoras and IQ Roma Servis.

Ten years ago, Reverend Athinagoras asked the Greek Church to send him to Africa to help the poor. The church replied that he could go to a new Africa, one that is closer and inside of Greece. Reverend Athinagoras was then voluntarily sent to Dendropotamos, a city near Thessaloniki, whose population is 75% Roma, a quarter of which are minors.

“The situation was so deplorable that not only they didn’t have [food] to eat, but they didn’t know how to eat,” said Reverend Athinagoras.

He established “Lighthouse of the World” in the basement of a church to educate Roma children. Reverend Athinagoras considers education the most important gift a society can give to the Roma, because this will help them come out of the vicious circle of poverty they are in now.

“A Roma child once said he wants to recycle metal when he grows up because that’s what people do,” Reverend Athinagoras said. “He couldn’t imagine anything else because he was not educated to do so.”

Asked what he plans to do with the monetary prize, Reverend Athinagoras said he will finance the college education of Roma children.

In the Czech Republic, the second prize winner, IQ Roma Servis, works not only on educating the Roma, but on a variety of other projects. They help Roma families to place their children in schools, provide them with training, career counseling, and find housing. IQ Roma Servis also coordinates campaigns to combat social prejudice and discrimination.

The organisation was initially founded by the Roma community and more than 30% of the employees who work for the NGO are Roma.

“Our hard work have earned us a name in the Czech Republic, which makes the Roma in need come to us knowing that support will be offered,” said Katarína Klamkova, Director at IQ Roma Servis.

Eight criteria were taken into account by the committee when selecting the winners. The first three measured the innovation, uniqueness, and creativity aspects of the initiatives. The remaining five focused on the project’s impact on Roma community, duration and sustainability, and the extent of its reach across Europe.