Russia advances in Donbas, Macron and Scholz speak to Putin 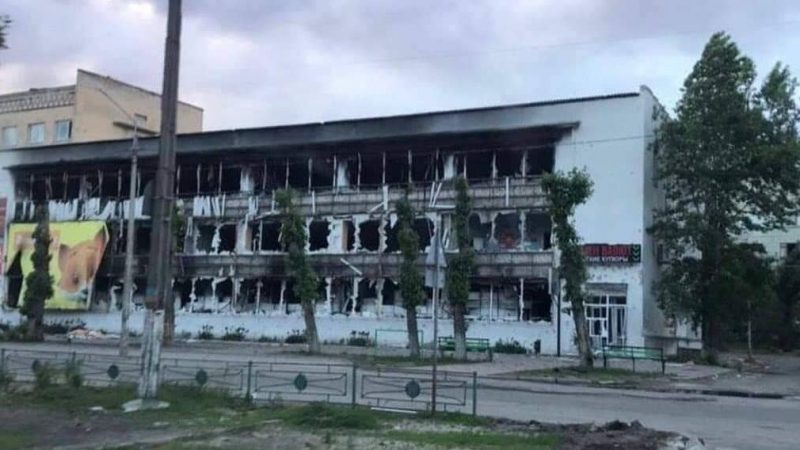 A damaged building in Severodonetsk. Some 90% of buildings in the city were damaged, Governor Gaidai said, with 14 high-rise buildings destroyed in the latest shelling. [Twitter]

Russian forces have stepped up their assault on the Ukrainian city of Severodonetsk in the Donbas on Saturday (28 May), while French President Emmanuel Macron and German Chancellor Olaf Scholz spoke to Russian President Vladimir Putin.

Slow, solid Russian gains in recent days in eastern Ukraine’s Donbas, comprising the Luhansk and Donetsk regions, point to a subtle momentum shift in the war, now in its fourth month.

Invading forces appear close to seizing all of the Luhansk region, one of the more modest war goals the Kremlin set after abandoning its assault on the capital, Kyiv, in the face of Ukrainian resistance.

Russia’s defence ministry said on Saturday its troops and allied separatist forces were in full control of Lyman, the site of a railway junction west of the Siverskyi Donets River in the Donetsk. 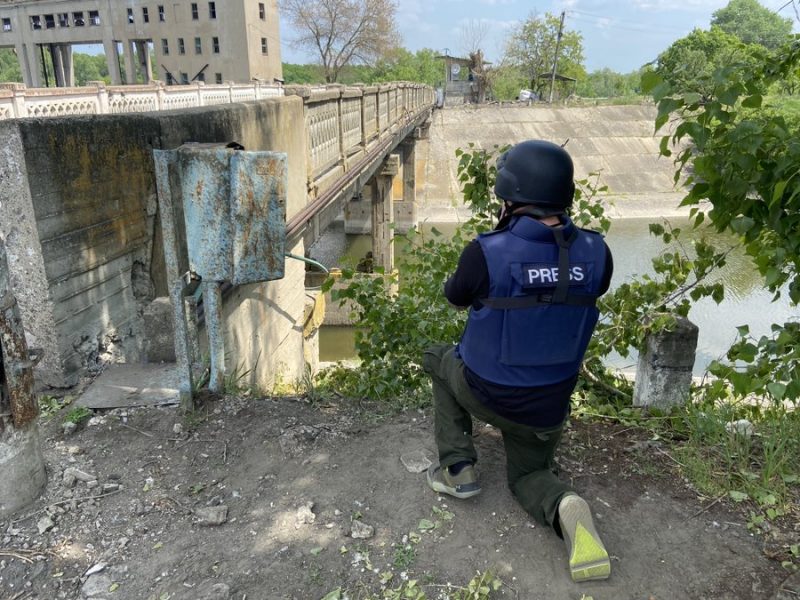 Russia’s separatist proxies in eastern Ukraine claimed full control of the important battlefield town of Lyman on Friday (27 May), and Ukraine appeared to concede it, as Moscow presses its biggest advance for weeks.

Severodonetsk, some 60 km from Lyman on the eastern side of the river and the largest Donbas city still held by Ukraine, was under heavy assault from the Russians.

Russian artillery was also pounding the Lysychansk-Bakhmut road, which Russia must take to close a pincer movement and encircle Ukrainian forces.

“There was significant destruction in Lysychansk,” police said.

The governor of Luhansk said on Friday Russian troops had already entered Severodonetsk. Ukrainian troops may have to retreat from the city to avoid capture, Governor Serhiy Gaidai said. It was not clear whether they had begun to pull out on Saturday.

Ukrainian presidential adviser and peace negotiator Mykhailo Podolyak repeated a call for US-made long-range multiple-rocket launchers. US officials have told Reuters such systems are actively being considered, with a decision possible in coming days. 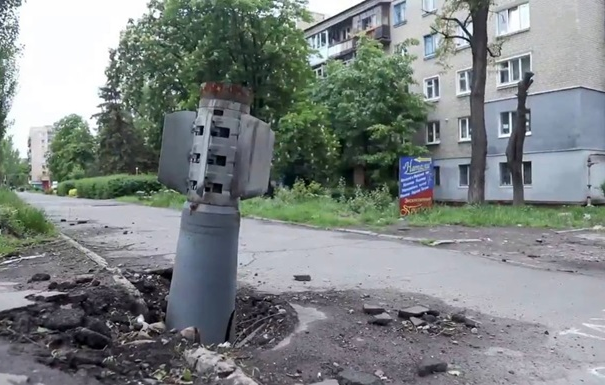 Russian troops were approaching the strategic city of Severodonetsk on Friday (27 May) in a relentless offensive to control Ukraine’s eastern Donbas region, as the war triggered a historic schism between the Ukrainian Orthodox Church and its Russian patriarchate.

“It is hard to fight when you are attacked from 70 km away and have nothing to fight back with. Ukraine can return Russia behind the Iron Curtain, but we need effective weapons for that,” Podolyak posted on Twitter.

Today, the future of Europe is not formed in Brussels or #Davos. It is formed in the trenches near Severodonetsk and Bakhmut. The duration of this war depends on the speed of imposing energy sanctions and weapons supply. Want to end the war? The key to peace is in your capitals.

“The coastal defence of our country will not only be strengthened by Harpoon missiles – they will be used by trained Ukrainian teams,” Reznikov wrote on his Facebook page.

He said Harpoon shore-to-ship missiles would be operated alongside Ukrainian Neptune missiles in the defence of the country’s coast including the southern port of Odesa.

Reznikov said Ukraine had also received a range of heavy artillery pieces, including modified US-made M109 self-propelled howitzers that will allow the Ukrainian military to strike targets from longer distances.

Ukrainian forces in the Donbas said in a brief Facebook post they had been on the defensive all day, fending off seven Russian attacks and destroying a tank.

Some 90% of buildings in Sievierodonetsk were damaged, Governor Gaidai said, with 14 high-rise buildings destroyed in the latest shelling.

Reuters could not independently verify the claims.

Zelenskyy said the military situation in the Donbas was very complicated, adding that defences were holding up in a number of places, including Severodonetsk and Lysychansk.

“It’s indescribably difficult there. And I am grateful to all those who withstood this onslaught,” he said.

The British defence ministry said in its daily intelligence report that if Russia succeeded in taking over those areas, the Kremlin would likely view it as a “substantive political achievement”, which it could use to justify its invasion to the Russian people.

In a sign of frustration over Western differences on the war, Ukrainian Deputy Prime Minister Olga Stefanishyna said NATO had shown itself incapable of mounting a united response.

“We have to talk clearly about the catastrophic consequences for the future of all Europe if Ukraine is defeated,” she said on Facebook.

Zelenskyy said in a television interview he believed Russia would agree to talks if Ukraine could recapture all the territory it has lost since the invasion began on 24 February.

Still, Zelenskyy ruled out the idea of using force to win back all the land Ukraine has lost to Russia since 2014, which includes the southern peninsula of Crimea, which Moscow annexed that year.

“I do not believe that we can restore all of our territory by military means. If we decide to go that way, we will lose hundreds of thousands of people,” he said.

Russia says it is waging a “special military operation” to demilitarise Ukraine and rid it of nationalists threatening Russian-speakers there. Ukraine and Western countries say Russia’s claims are a false pretext for a war of aggression.

Thousands of people, including many civilians, have been killed and several million have fled their homes, either for safer parts of Ukraine or to other countries.

Authorities in the second city of Kharkiv said six civilians were wounded in the latest Russian shelling.

Pushing diplomatic efforts to find a solution to a conflict that has ramifications beyond Ukraine’s borders, French President Emmanuel Macron and German Chancellor Olaf Scholz spoke to Russian President Vladimir Putin in a call on Saturday.

They urged him to lift a Russian blockade of the port of Odesa to allow Ukrainian grain exports, France said. The Kremlin said Putin told them Moscow was willing to discuss ways to make it possible for Ukraine to resume shipments of grain from Black Sea ports.

Ukraine is a major grain exporter, and the blockage of its exports threatens to result in food shortages in a number countries, including in Africa.

Macron and Scholz urged Putin to release the 2,500 Ukrainian defenders of the Azovstal steel plant detained by Russian forces, the Elysée palace said.

Russia said this month that almost 2,000 Ukrainians had surrendered after making a last stand in the ruins of Mariupol, where they had held out for weeks in bunkers and tunnels beneath the vast Azovstal steelworks.