Slovenian Prime Minister Janez Jansa (L) and Hungarian Prime Minister Viktor Orban (R) talk during the Bled Strategic Forum at the Festival hall in Bled, Slovenia, 31 August 2020. The forum will focus on the aftermath of the coronavirus pandemic and the future of the EU. Other debates will be about cybersecurity, digitalisation and European security. [EPA-EFE/IGOR KUPLJENIK]

Slovenian Prime Minister Janez Jansa on Wednesday (18 November) backed the criticisms made by Poland and Hungary when they vetoed the EU budget over plans to tie funding to respect for the rule of law.

“Some political groups… are openly threatening to use the instrument wrongly called ‘rule of law’ in order to discipline individual EU Member States through a majority vote,” Jansa said in a letter to EU Council President Charles Michel published in local media.

On Monday Hungary and Poland vetoed the EU’s long-term budget and coronavirus rescue worth € 1.8 trillion over their opposition to a proposed rule-of-law mechanism.

While Slovenia did not join them in vetoing the budget on Monday, Jansa said in the letter that it would not be appropriate for a political body to adjudicate in disputes over the rule of law.

“The ‘rule of law’ means that disputes are decided by an independent court and not by a political majority in any other institution,” he said.

“We need EU institutions that will not be involved in Member States’ internal political conflicts,” Jansa added.

Jansa is a close ally of nationalist Hungarian Prime Minister Viktor Orban and has mimicked Orban’s hardline rhetoric on migration. 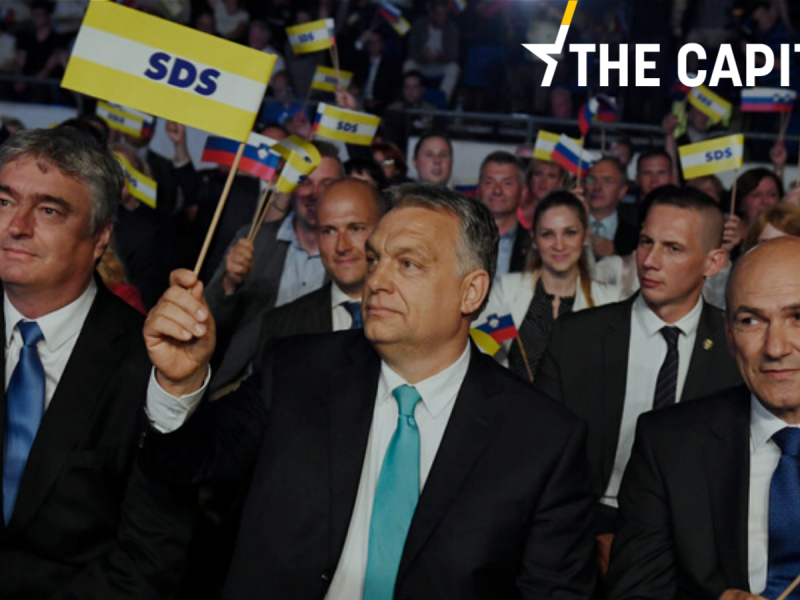 Jansa has previously defended the European People’s Party (EPP) membership of Orbán’s Fidesz party, saying “the most successful party in the group would not make any sense.”