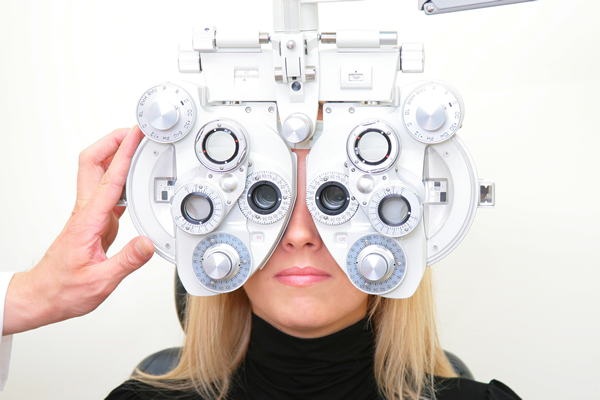 This article is part of our special report Europe’s Blind Spot.

SPECIAL REPORT / Citizens of Central and Eastern Europe are three times as likely to suffer from blindness or severe visual impairment than the rest of Europe, where the risk has been falling gradually, new data reveals.

In the most successful countries, less than 3% of people over 50 suffer partial or complete sight loss.

However, advances in preventing and treating sight loss are sometimes impeded by inefficient organisation of care and poor access to medication, according to the 2013 Euro Vision Scorecard, published by the Swedish company Health Consumer Powerhouse (HCP).

HCP President Johan Hjertqvist said that there would be no overall increase in blindness or visual impairment in Europe despite an ageing population.

But there is much room left for improvement as disparities between countries remain wide.

Michael Larsen, a professor of Clinical Ophthalmology at Glostrup Hospital and National Eye Clinic in Denmark, told EURACTIV in an interview that the eye diseases that primarily hit Europeans are cataracts and glaucoma and these can cause blindness.

Complications related to diabetes can lead to blindness and is the most common source of blindness among the workforce. But these complications can for the most part be prevented and treated, he said.

Cataract surgery is available without delay in countries that excel at combating visual impairment, such as Denmark, France, the Netherlands, Sweden and Switzerland, the HCP says.

Patients also tend to have easy access to modern pharmaceutical treatment and waiting times to get an appointment with an eye specialist are reasonable. However, coverage of screening for diabetic eye complications still varies considerably, from 30% to 90%.

By contrast, the situation is much poorer in Southern and Eastern Europe. "The registration of impaired citizens is sporadic, there are no quality registries supporting development of efficient treatments and access to modern medicines is limited," the EVS report said.

Not a money problem

The EVS report adds that improving eye care is not primarily a question of money, but rather an issue of reporting, registration and follow-up.

A major step forward would be to agree a more consistent definition of blindness and sight impairment, the EVS stressed, noting wide variations from country to country.

>> Read: Single EU definition of blindness could help save billions of euros: study

Larsen said the EU should ensure a uniform approach to statistics in the different countries as no one currently can tell with precision how many blind or visually impaired people are being in treated in Europe. Therefore, member states still can't exchange best practices, the professor said.

The EVS recommends building national registries for eye care in each EU country and having a uniform European definition of what blind and visually impaired means.

Furthermore, Larsen recommends the yearly screening of a minimum of 80% of diabetic patients in every country. Cataract surgery should also be made available for all Europeans on demand and more modern eye care medication should be made available to many more Europeans, the EVS said.

The prevalence of eye diseases is increasing – with the global incidence set to double between 1990 and 2020, according to the World Health Organization (WHO).

There are 285 million people worldwide who suffer serious vision impairment. Of those cases, 90% occur in the developing world.