The Brief – Angela, Emmanuel, Ursula and the others 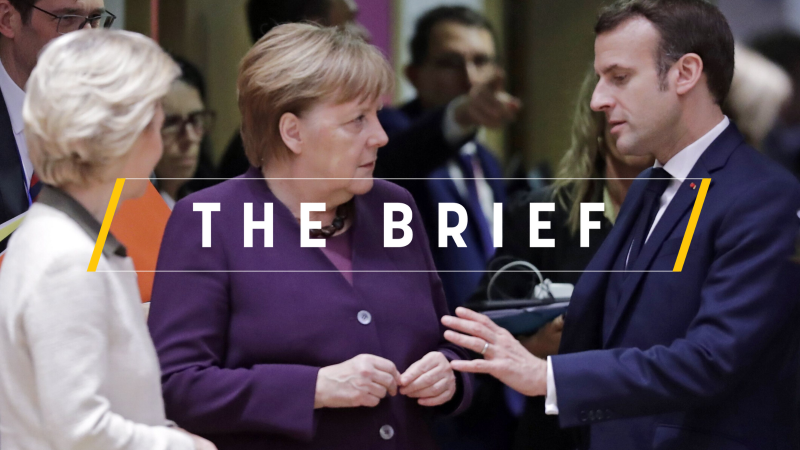 The great French actor Michel Piccoli died yesterday. He will be remembered for iconic films such as ‘Vincent, François, Paul and the others’ in which he and his co-stars impersonated characters struggling with mid-life crises.

The EU is going through its own crisis, and Angela Merkel and Emmanuel Macron announced yesterday their proposal for a €500 billion recovery programme to meet the challenges caused by COVID-19.

The very fact that the Franco-German engine is working is reassuring.

In a supporting role, Commission President Ursula von der Leyen, who hadn’t been invited to join the teleconference, jumped in by stating that this blueprint “goes in the direction of the proposal the Commission is working, which will also take into account the views of all member states and the European Parliament”.

We haven’t seen the Commission’s proposal, expected on 27 May, but the EU executive safely says that the Franco-German proposal “rightly puts the emphasis on the need to work on a solution with the European budget at its core”.

Indeed, it foresees to integrate the €500 billion borrowed from international markets by the Commission as “own resources” in the next EU budget for 2021-2027, with “concentrated” firepower for the first years.

The €500 billion will be repaid after 2027, according to a distribution key. Merkel said it will be repaid gradually through “several future European budgets”.

Merkel and Macron propose a four-pillar model for reconstruction, based on strengthening the health sector, emphasising environmental and digital targets (including the Green Deal), strengthening European sovereignty in the economic field and the return to a functioning Schengen.

The flurry of journalistic questions that followed the next day amounted to this: was the Commission dwarfed by France and Germany, was it sidelined, was Ursula von der Leyen humiliated, to a certain extent?

To be fair, the ideas unveiled by von der Leyen in the European Parliament on 13 May weren’t really all that different – they only sounded more bureaucratic and no figure was specified.

But it is precisely the €500 billion figure that we will hear a lot about in the coming days and weeks. Are these grants meant for the industries, and loans for the states?

€500 billion means doubling the current EU budget for the next three years. The ‘frugal’ countries have so far refused to accept even a modest increase in the EU budget, in the decimal fraction of 1% of GNI. And Austria repeated its opposition to any grants.

Reimbursing €500 billion – even after many years – is fodder for the Eurosceptics’ cannons. Another wrinkle is that the governments in Warsaw and Budapest are unlikely to agree on anything unless they get something big in exchange.

Angela, Emmanuel and Ursula, soon to be joined by Charles, are largely of the same board and will have to deal with the others – those most hit by COVID-19, as well as the most frugal and the most Eurosceptic in the EU27. Our forecast is that they will agree in the end.

The EU will get through its mid-life crisis.

World Health Organisation member states agreed to an independent probe into the UN agency’s handling of the coronavirus crisis. The agreement came with an EU-brokered resolution that called for multilateralism and was in stark contrast to US criticism of the body’s actions during the pandemic.

Facebook chief Mark Zuckerberg has called upon the EU to take the lead in establishing a legal framework for the regulation of online platforms, in order to resist other models of online governance, such as China’s, which do not appeal to Western values.

One day before the European Commission unveils its new biodiversity strategy, Germany presented its national nature report, which stressed that while some populations are recovering, insects are now in very bad shape.

This week’s Transport Brief includes the 10th edition of the vlog, car industry wheelings n’ dealings and the latest installment of ‘voucher-gate’. Check it out here.

One response to “The Brief – Angela, Emmanuel, Ursula and the others”