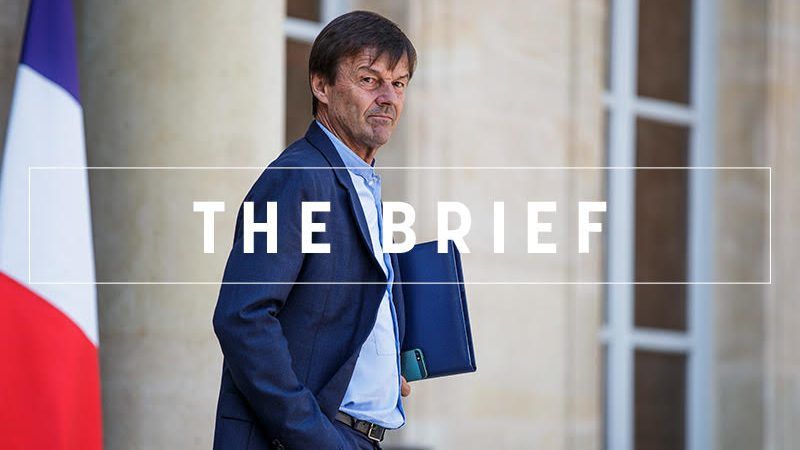 When France’s environment minister Nicolas Hulot resigned this week, he cited the weight of the lobbying groups and the lack of support he got from other ministers in tackling environmental challenges.

There is no “vision” or “roadmap” to address global issues like climate change, which require determined and coordinated action by the whole government, Hulot said.

He was frustrated by the fact that even after a dramatic summer which saw Europe melt under scorching heat, there was no mobilisation.

And when he tried taking action, the now ex-minister often faced resistance from a multitude of interest groups – whether the nuclear lobby, farmers or hunters – the straw that broke the camel’s back in Hulot’s case.

“I find myself every day resigning myself to, accommodating myself with small steps, while the universal situation, at the moment when the planet becomes an oven, deserves a paradigm change,” he said.

Politicians are well aware of this. The short-termism of public policy is what shapes the action of a government seeking re-election. An elected prime minister or president has five years to act. But public action against global warming will show its effects in fifty years.

Worse, politicians can get punished in the ballot box for taking action. For years, environmental policies have been associated with unpleasant restrictions, bans or lifestyle changes which aren’t exactly popular.

Hulot’s predecessor, Ségolène Royal, called it “punitive ecology” – or environmental policies that put the planet before jobs and people. Ecologists have struggled with this issue for years, as reflected again recently in this awkward UNFCCC video that caused an uproar before it was eventually taken down.

So can politicians turn environmental policies into something positive, rather than punitive? Well, while there are no easy vote-winners, there are a few ideas.

Housing is an obvious one. Cutting wasteful energy consumption in buildings is the surest way of tackling climate change while reducing people’s energy bills, making their homes a healthier place to live in and supporting local jobs.

A government that can deliver a housing renovation programme that brings visible benefits in a short period of time will make a difference in the ballot box.

Another one is small-scale renewables. People are showing growing interest in household solar installations that can help bring down their energy bills. They will be willing to take part in the clean energy transition if only governments can make their lives easier.

As an added bonus, the installation and maintenance of solar panels supports the local economy, which is a traditional vote-winner.

The environmental movement needs to find more of these positive environmental policies if people are going to buy into the green transition. Otherwise, voters will continue punishing politicians for restricting their lifestyles.

You can call this populism. Why not call it eco-populism, then?

The Brexit imbroglio continues as Michel Barnier and Dominic Rabb held a press conference today, with Rabb stating that a deadline of October 18 for an agreement is “within reach” and Barnier saying that an accord on the Irish border is a “a matter of urgency.”

Commission chief Jean-Claude Junker announced that the EU will scrap daylight saving time, after a study was conducted that resulted in over 80% of respondents saying that they would welcome the change.

After next year’s Spitzencandidat process, Junker’s job could be passed onto Germany’s CSU heavyweight Manfred Weber, who has emerged as the latest favourite to land the role.

Bulgaria continues to be hit controversy as three government ministers were sacked by Prime Minister Boyko Borissov after a bus crash exposed fraud and corruption in Bulgaria’s road construction industry.

On the subject of the Balkans, EU ministers have voiced concerns about talk of potential border changes between Kosovo and Serbia.

On the other side of the Atlantic, President Donald Trump has said that EU proposal to do away with tariffs on the trade of automobiles is simple “not good enough.”

Meanwhile, it’s been a busy day for migration news. In the coming weeks, African, Caribbean and Pacific countries are set to thrash out a new agreement to replace the 2000 Cotonou accord.

Italy has become frustrated by the ever-intensifying migration crisis on its coasts, demanding that the EU find other ports around the continent to disembark migrants.

The bells continues to tool for migrants worldwide, after Spain’s Prime Minister Pedro Sánchez suggested  on Thursday (30 August) that Latin America should adopt a “quota system” to better manage the Venezuelan migrant crisis.

Nothing much to do over the weekend? 1 September is Slovakian Constitution day. In Slovak, this holiday is called ‘Deň Ústavy Slovenskej republiky’ and it commemorates the adoption of the Slovak constitution on 1 September 1992. Why not raise a glass of Slivovica for the cause?