The Brief: Emmanuel Macron wants you! 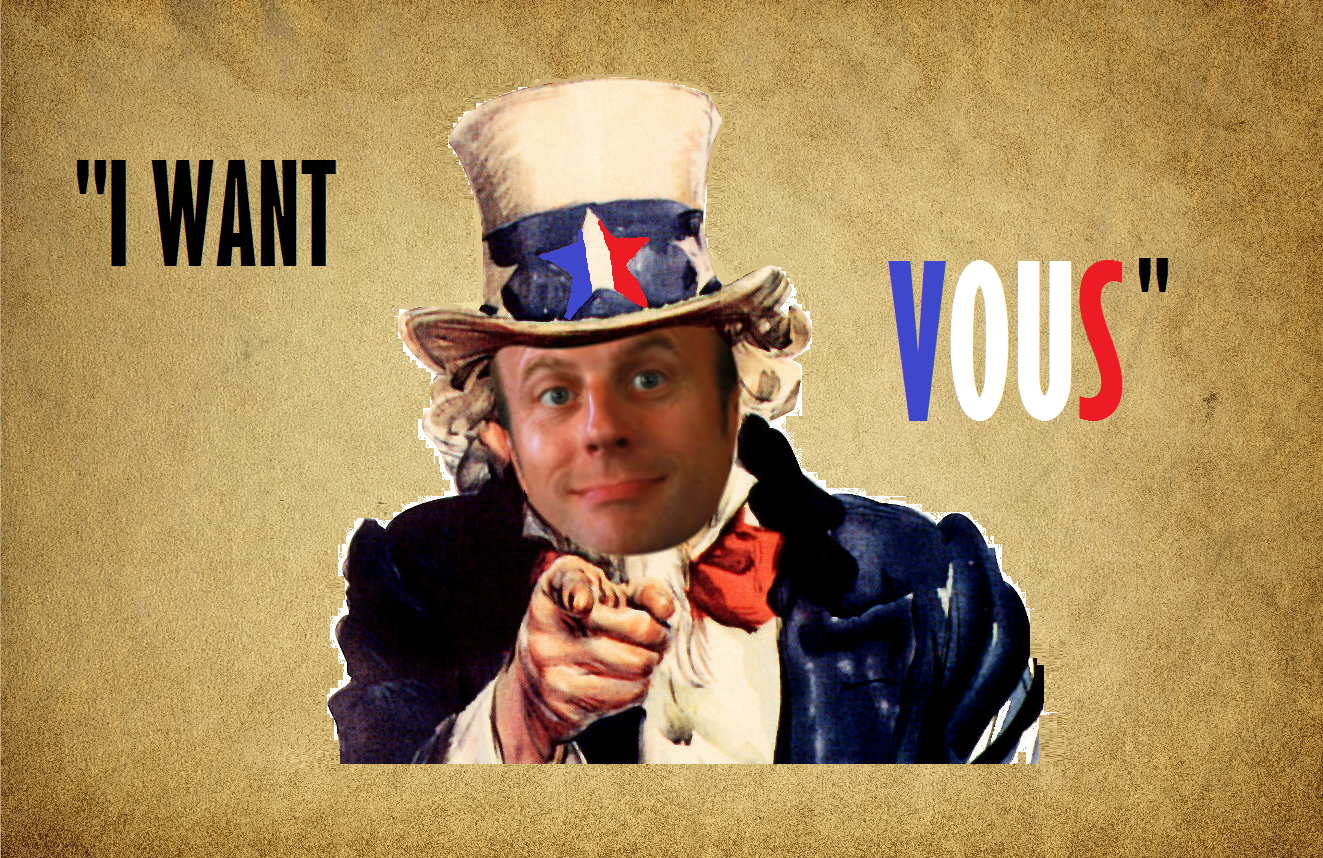 We also want you to read The Brief: Euractiv's evening newsletter. [Sam Morgan]

The United States of America. Home of the free. Land of the brave. And, until Donald Trump became president, a beacon of science, research and technology. And Emanuel Macron wants a piece of it.

Emmanuel Macron, who emerged this week as the favourite in the French presidential race, made a shock bid to skim the crème of the crop of American scientists. His appeal to US boffins was simple –  escape alternative fact merchant Trump by moving to France.

“This is a message for American entrepreneurs, researchers, engineers, working on climate change,” Macron says in his video address on social media.

“I invite you to come to France and join European and French researchers working on climate change here. Because here, you are welcome…this is your nation.”

That a French politician can say this today with a straight face is in itself incredible. But for many scientists, America is being propelled back to the dark ages.

Trump has branded climate change a “hoax” and a plot by China to weaken the US. He sent a chill down the spines of researchers and scientists by asking them to delete all references to climate change from US governmental websites.

Federal agencies like NASA and NOAA have seen their funding cut and have since gone guerrilla, launching alternative Twitter accounts to continue airing the views of independent science.

Will the brainboxes heed the call to swap their freedom fries for French fries? It’s true, the cheese is much better than the canned goop Yanks splurge into their mouths. But Parisians are not noted for their patience with foreigners mangling their beloved language.

Does Macron really believe US researchers will leave en masse to France where top scientists are paid a trifle, and where entrepreneurs and Americans are seen with suspicion as villains and racketeers?

And what does Macron gain from making this clarion call during a busy campaign? For sure, his message is meant above all for domestic consumption (which may explain his succulent Franglais).

The pull of the American dream remains strong in France where the bureaucracy is legendary and entrepreneurs are burdened by a 3,000 page labour code.

As soon as they get the opportunity, successful starter-uppers and engineers are only too happy to pack up for Silicon Valley and leave the Seine behind.

As a former Rothschild banker and French economy and finance minister, Macron is only too aware of this.

So what is he really saying when he tells US brainboxes “I want vous”? Something like “I’ll make France great again!”

After months of bitter dispute over Greece’s budget, eurozone governments and the IMF reached a breakthrough today. The result? Not so good for the Greeks. Athens will have to swallow more austerity to keep the programme on track (around €3.6 billion split over the next two years) and avoid a default in July.

The lenders were meeting with Greek Finance Minister Euclid Tsakalotos on Friday afternoon to twist some arms before the elections in the Netherlands and France make completing the rescue programme more difficult. Full story on EURACTIV soon.

Apple CEO Tim Cook has had a sly dig at the EU, which recently ordered the company to pay back billions in back taxes to Ireland. He said that Britain would be “just fine” after Brexit. Meow!

Meanwhile, the UK’s House of Lords is to attach strings to the Brexit bill and Ireland has told the EU’s Brexit bosses that it is firmly on the side of the EU-27.

Wolfgang Schäuble and Martin Schulz are at war. The German finance minister branded the ex-European Parliament President “almost literally Trump”.  Schulz said that if elected chancellor he would sack Schäuble.

Speaking of Trump, he has reportedly told aides that being president is harder than he thought.

Talking of allegedly corrupt politicians (allegedly), Romania’s justice minister Florin Iordache has resigned. He is the chap who drafted the emergency decree that would have saved corrupt officials from jail before it was ditched after massive protests.

Did you know that sewage sludge is a potentially vast source of nutrients for fertilisers? Dive into this piece to find out more.

Erdogan’s constitutional reforms could see him snugly in power until 2029. The EU will give Ukraine €600 million to bolster government finances, as fighting with pro-Russian rebels intensifies.

Germany is planning to speed up the deportation on failed asylum seekers. Amnesty International has hit out after the Hungarian government announced it will detain all asylum seekers in containers near the border.

Next week is Strasbourg week for the European Parliament. Fresh from his victory over the far right, Alexander Van Der Bellen, Austria’s president, is in Brussels to meet Juncker before heading to Strasbourg to address the plenary.

7 responses to “The Brief: Emmanuel Macron wants you!”