The Brief – ‘Family’ members should not stab each other 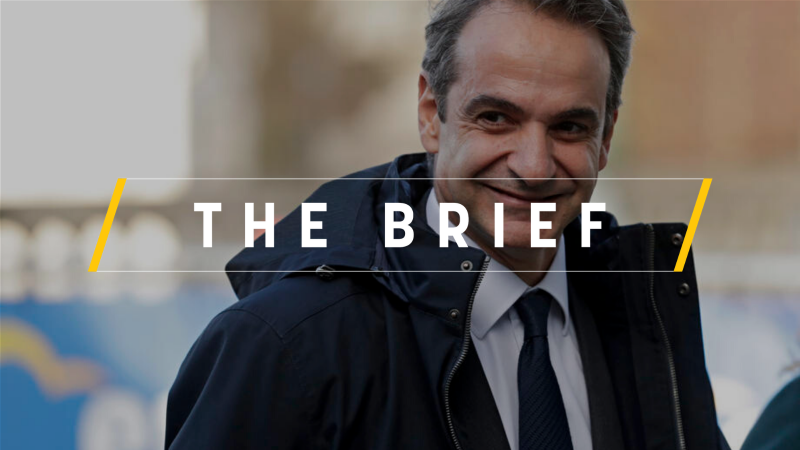 Family is usually defined as a group of people who stick together in tough moments. The EU is frequently described as such, especially in times of calm. But the moment we hear the first disturbing noise, windows are closed and ostrichism prevails.

The recent example of Turkey and the ongoing Libyan crisis is a case in point. The top EU diplomat, Josep Borrell, has publicly admitted that EU divisions over the issue had left Russia and Turkey free to step in and dominate the Mediterranean.

At a time when Turkey’s pressure on Greece is mounting daily, Germany keeps selling submarines to Ankara while Spain provides Turkey with the know-how for the construction of war aircraft.

Isn’t it ironic, then, to have the EU member states unanimously slamming Turkish aggressiveness in the Eastern Mediterranean and simultaneously providing Ankara with weapons?

The Greek government was jubilant on Tuesday upon receiving a letter from the US secretary of state, Mike Pompeo, who said Washington “will remain committed to supporting Greece’s prosperity, security and democracy”.

The EU has also expressed its solidarity with Greece and Cyprus. But the EU does not have an army, one can argue. And it’s true. The only tool available is the sanctions, whose framework has already been adopted but has not been enforced yet.

But the lack of ‘one voice’ is not limited to the EU-27. There is also the European political parties who compete with each other, but also internally.

The Greek Prime Minister Kyriakos Mitsotakis belongs to the European People’s Party (EPP) and the Turkish issue has been his first severe challenge since taking power.

One could reasonably expect that he would have support from the EPP. Instead, he got stabbed twice.

The second “surprise” came from Berlin, and Chancellor Angela Merkel, in particular. She did not invite Mitsotakis to the Berlin Conference, providing Turkish President Recep Tayyip Erdoğan with ammunition to poke fun at the Greek leader for being isolated by his own family in the Libya talks.

The EPP is still Europe’s biggest political family. But if it loses another prime minister after the Irish elections in February and the inter-party war in Croatia brings down the conservative government, the numbers will no longer look so nice in the EU Council.

One could rightly wonder why extreme-right EPP members – like Viktor Orbán – enjoy a preferential regime in the party while liberal centre-right politicians such as Mitsotakis are cornered. But there may be a logic to it.

It may be a signal that Orbán will ultimately manage to change the EPP, as he has claimed all along, while liberal Mitsotakis could start considering joining Macron’s Renew Europe.

In any event, Macron is the only EU leader who has openly supported Mitsotakis both at NATO and EU level.

LEAK! The EU must step up the application and enforcement of Single Market law or risk losing ‘credibility and effectiveness’, according to a leaked paper to the EU executive signed by 14 member states.

Ursula von der Leyen made her international debut as the European Commission chief as she set out her political agenda before the global economic elite at the World Economic Forum.

“That’s a very interesting question. If there will be a majority of them, we will follow”, Commission Vice President Dubravka Šuica said, on what would happen if a majority of citizens would ask for “less Europe”.

With the continuous militarisation of space, EU policymakers have started dropping their opposition to plans linking Europe’s civilian space assets with defence elements. But as the political tide is slowly turning, cuts proposed in the EU’s draft budget threaten the new ambition.

The European Commission announced a €100 million investment in a prototype rocket project, as Europe aims to keep a firm hold in a space industry predicted to be worth €1 trillion in the coming years.

Conservative German MEP Axel Voss, also known as the father of the controversial copyright reform, has published a manifesto on European digital policy in which he warns that Europe should not become a “digital colony” of other powers.

Just over half of EU countries have submitted their final national energy and climate plans (NECPs) to the European Commission by the 1 January deadline.

French NGOs and multinational oil and gas company Total continue their arm-wrestling over the tax status of palm oil used in crop-based biofuels.

Our coverage from the World Economic Forum in Davos, Switzerland. Throughout the week, EURACTIV gives you a glimpse into one of the world’s most exclusive conferences where political and business leaders meet every year to discuss global economic trends.