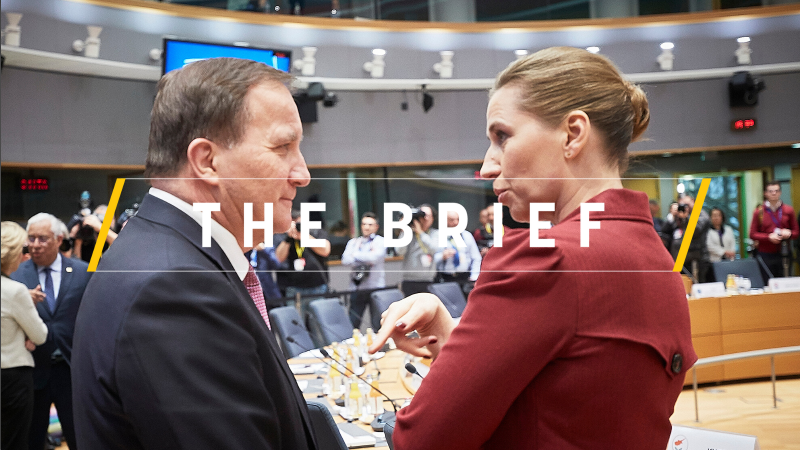 Urged by the prime minister himself, Nicola Zingaretti, leader of Italy’s co-ruling centre-left Partito Democratico, has turned for help to the Party of European Socialists of which PD is a member.

Zingaretti is asking PES President Sergei Stanishev to exert influence among the centre-left prime ministers of Denmark and Sweden, Mette Frederiksen and Stefan Löfven. These two countries are part of the so-called “Frugal Four”, who advocate a strict and conservative financial policy, even in times of an unprecedented crisis.

The “Frugal” group also includes the Netherlands and Austria, which circulated a 2-page ‘non-paper’ with counter-proposals to a Franco-German initiative for a €500 billion recovery initiative, which includes grant support to countries most affected by the virus.

The “Frugal Four” agree to “favourable loans” for those most severely affected by the crisis, but no grants, no debt mutualisation and no significant increase of the EU budget for 2021-2027.

Italy reacted positively to the French-German proposal, while obviously disliking the Frugal non-paper.

Prime Minister Giuseppe Conte, who has no party affiliation, has turned to the centre-left partner in his governing coalition, asking Zingaretti to engage with his European political family, and more concretely with his political comrades in Denmark and Sweden, and appeal for solidarity in the traditional European spirit.

“The Recovery Fund must have large firepower, partly on a loan and partly on a non-repayable basis, with a medium-term temporality and without strict conditionalities,” Zingaretti wrote.

According to him, the position of the Frugal Four is “in stark contrast to the majority of European governments, the Commission and the European Parliament”. He therefore asks Stanishev to “ask all the parties of our family” to support the position of this majority.

But Conte is probably overestimating the power of the socialist group and of party politics in general.

According to the Italian press, Stanishev has replied that the socialist political family should prepare its position ahead of the 18-19 June 2020 European Council, with the participation of the Socialist prime ministers.

Such party meetings take place immediately before the EU summit itself, more as a photo opportunity than anything else, so this one is unlikely to produce meaningful results.

Apart from Frederiksen and Löfven, who are part of the Frugal Four, there are only four other centre-left prime ministers in the EU27: Spain’s Pedro Sánchez, Portugal’s António Costa, Malta’s Robert Abela and Finland’s Sanna Marin. Except for the Finnish PM, the other three are part of the group of “Friends of Cohesion”.

But when it comes to EU money and national interest, ideology takes the back seat. Frederiksen and Löfven are unlikely – to put it mildly – to change positions just because their European party leader invites them to.

Now that many European countries have started lifting lockdown measures, make sure you stay up to date with EURACTIV’s comprehensive overview, which is regularly updated by our pan-European network of offices and media partners. Also, check our freshly updated country pages for the Netherlands and Hungary.

The EU must adopt a “more robust” strategy to deal with an increasingly assertive China, the EU’s chief diplomat Josep Borrell said, ahead of a scheduled meeting of EU foreign ministers meant to discuss EU-China strategy later this week.

This year’s Europe Day should have been the starting point for the conference on the Future of Europe, but the pandemic has put the project on the backburner. Could Germany’s EU Presidency give new impetus to the initiative?

A draft statement from the Czech government calls on the EU economic recovery plan and long-term budget to fall in line with the European Green Deal, marking a U-turn from Prague’s earlier positions.

Germany’s highest court ruled that Volkswagen must pay damages to plaintiffs in the diesel emissions scandal, who can now demand a refund of the purchase price.

The European Commission has been urged to set up a multi-billion euro grant scheme for zero-emission buses and to help cities build new cycle paths, as part of the EU’s coronavirus recovery package.

The European Commission has launched a stakeholder consultation to expand the list of the so-called advanced or second-generation biofuels of the Renewable Energy Directive (RED II), EURACTIV has learned.