The Brief, powered by BP – Gluing the cups 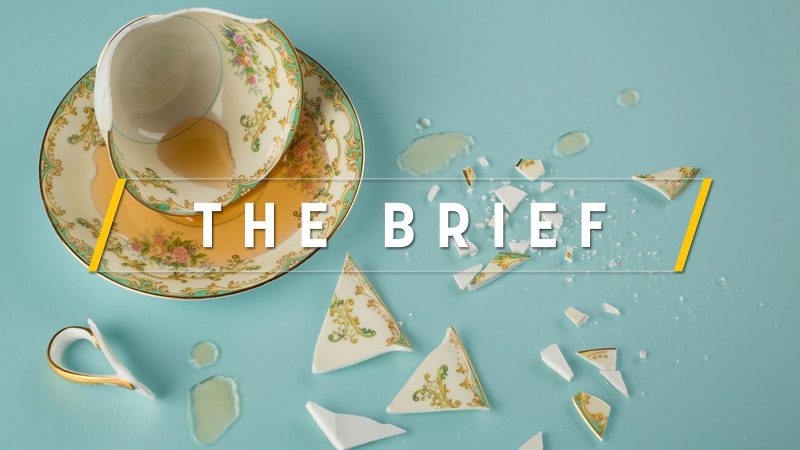 In Berlin, it is not common to hear about Chancellor Angela Merkel getting impatient. Quite the contrary: pragmatic and calm are usually the adjectives used in the German political circles to describe her.

It is therefore no wonder that the alleged row between Angela Merkel and her French counterpart, Emmanuel Macron, got so much attention. “I understand your desire for disruptive politics,” the New York Times reported Merkel as saying to Macron.

“But I’m tired of picking up the pieces. Over and over, I have to glue together the cups you have broken so that we can then sit down and have a cup of tea together.”

Macron defended himself saying that he could not simply go to a NATO meeting in London in early December and pretend that the United States and Turkey had behaved in the best collective interest in Syria, the American daily added.

In a typical Merkel move, the German Chancellor commented on the report the following day by saying that she cannot remember any personal dispute with French President Emmanuel Macron.

She highlighted instead “the often-different approaches of Germany and France when it comes to various issues and challenges, and the fact that we always seek and find common solutions”.

Deciphered, the formulation means that Emmanuel Macron is being – over and over – confronted with the German reality check.

Indeed, to foreign eyes, Germany’s foreign policy identity remains diffuse, and that, despite the fall of the Berlin Wall thirty years ago.

This has to do partly with how the German institutions – the Bundestag, the Chancellery, as well as the Foreign and Defence Ministries – work. More often than not, they lack a united stance, something hardly conceivable in a country that gives its presidents so much power as France does.

Then comes the current ruling grand coalition, which seems to generate more eye-rolling, more frustration and more impatience than any other governments Germany has seen. Here too, there is a lack of a united stance that foreign partners, first and foremost France, have to cope with.

On top of that comes a public opinion that is marked by a deep uncertainty about Germany’s role in the world and the means by which the country should assert its interests.

A survey published today by the Körber Stiftung shows that although 60% of Germans regard France as their most important or second most important international partner, reform proposals for the European Union put forward by French President Macron are met with little interest in Berlin, if not outright opposition.

This paradox also applies to climate policy. While the German population regards global warming as the central foreign policy challenge (31%) and Berlin as a pioneer in European climate policy, Brussels actually sees Germany acting as a brake in the fight against climate change.

So yes, Angela Merkel might have to glue the pieces together over and over again, but she has to make sure to put the pieces back in the right place and use strong German glue in order to keep drinking tea with her French counterpart.

A message from BP: The world needs dramatically fewer emissions if we are to meet the Paris goals. Lowering carbon emissions from the transport sector is a crucial part of that. Read about the scale of the challenge and the multiple solutions needed.

Green MEPs have lashed out against a draft motion tabled by centrist MEPs that suggested declaring a climate emergency in Europe, tabling their own motion in response to what they denounced as a “PR-stunt”.

With the new judiciary appointments drawing criticism from the opposition, Poland further raises the stakes in the stand-off with Brussels.

Belarus is interested in building good-neighbourly ties with the EU, and in particular with Stockholm and Helsinki, if there are no preconditions from the bloc, Belorussian President Alexander Lukashenko said.

The raw numbers of migrants may have fallen but the migration of many African youth to Europe is set to continue, according top officials in the UN Development Programme.

From 2021, the new Common Agricultural Policy (CAP) is intended to be more closely linked to environmental requirements. But this could lead to large conventional farms facing existential threats.

EU Health Commissioner Vytenis Andriukaitis called on the next EU executive to include animal welfare in the new Green Deal following a tragedy in which almost 15,000 sheep drowned in the Black Sea off Romania’s coast.