The Brief, powered by BP – The collective intelligence we need 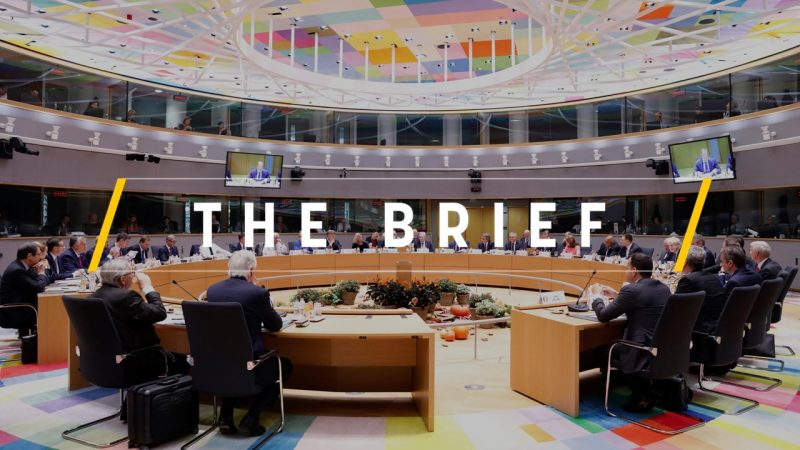 In one of the best moments of the award-winning movie ‘The Barbarian Invasions’, the characters discuss the most unique and talented generation in history. “Intelligence isn’t an individual trait,” one of them argued.

Athens, before Christ: “Euripides premieres his Electra; two rivals attend: Sophocles and Aristophanes; and two friends, Socrates and Plato. Intelligence was there.”

Florence in the Cinquecento, replies another. Leonardo and Michelangelo painting on the walls of Palazzo Vecchio, with Raphael as an apprentice, and Machiavelli as the manager.

The American revolutionaries drafting in Philadelphia the Declaration of Independence and the Constitution, replied a third one: Washington, Hamilton, Jefferson, Madison, Adams or Franklin.

In Brussels, the EU founding fathers would certainly deserve a place in the list. After two world wars, and centuries of constant battling, Monet, Schuman, Spaak, De Gasperi, Spinelli and Adenauer brought together a continent in record time.

Their skills, the mutual influence, and the courage to rise to the great challenges of their time made each of these groups unique.

If we look at the dares we face in Europe today, one cannot help thinking that it would take nothing less than another assembly of exceptional figures to address them.

Over the next few years, we must set the course, before it’s too late, to ensure that we don’t overheat the planet above the tolerable limit of 2C.

We will have one of the last opportunities to regain the ground lost in the digital revolution, the most profound transformation in generations in how we live and produce.

And Europe must urgently find a position of strength in the tectonic clash between the US and China that will mark this century, so that we sit at the table and are not part of the menu.

It may be too early to say whether our leaders will be remembered as an example of collective intelligence. But if we look at their results over the past years, the historians wouldn’t be benevolent.

And not only as a group. The fact that a central banker was the most praised figure over the past decade gives some food for thought.

Brexit, the migration crisis or the Greek bailout kept the bloc self-absorbed and paralysed. Member states remained entrenched in their positions, failing to reform their migration and asylum laws, complete the economic and monetary union, or speak and act as one beyond the EU’s borders.

This is at the antipodes of the collective courage, the joint effort and the shared vision that would describe the unique group we wish for.

A first step would be to find a genuine narrative for our continent, one that drives our action based on our common history, responds to today’s problems and prepares for tomorrow’s challenges. But this new narrative has been missing for years, as our stagnant situation proves.

Robert McKee, the storytelling authority par excellence for this Brief’s author, told El Pais this week that “having an advanced society depends very much on the quality of its own narrative”.

“In 30 years’ time, others will stand here and look back at the actions of an earlier generation,” new Commission chief, Ursula von der Leyen, told the EU Parliament on Wednesday.

If we do our job well, she said, Europe will become the first carbon-neutral continent, it will be a digital superpower and lead the way on “the great global issues”.

“That depends on what we do together,” von der Leyen said. But it will hardly happen without the collective intelligence we need.

A message from BP: Today, transport accounts for around a quarter of Europe’s greenhouse gas emissions. From rolling out EV charging points to producing fuels that help cars run more efficiently, find out how BP is helping to lower emissions in transport.

The European Parliament declared climate emergency in Europe, piling pressure on the EU’s new Commission to deliver an ambitious European Green Deal after it takes office next month.

NATO plans to upgrade its ageing ‘eyes in the sky’ with Boeing, the world’s largest aerospace company, modernising the fleet of AWACS surveillance aircraft.

Ankara will resist efforts by its NATO allies to persuade it to back an alliance defence plan for the Baltics and Poland until its demands are met over a plan for Turkey’s defence, a Turkish diplomatic source said.

Germany has pledged to play a more active role in NATO with Chancellor Angela Merkel promising to raise military spending to 2% of the country’s GDP by the beginning of the 2030s.

Hungary will not take part in Eurovision 2020, the annual song contest that will take place in Rotterdam next year. Reports have emerged that the reason was the high number of LGBTQ+ participants.

From the early stage of its post-Soviet transition, Kazakhstan has consolidated strong state power to avoid chaos.

The French insurance company AXA has announced its own plan to help phase out coal production in Europe by 2030.

One response to “The Brief, powered by BP – The collective intelligence we need”