The Brief, powered by Orgalim – How the UK could be taken to the ECJ over Brexit 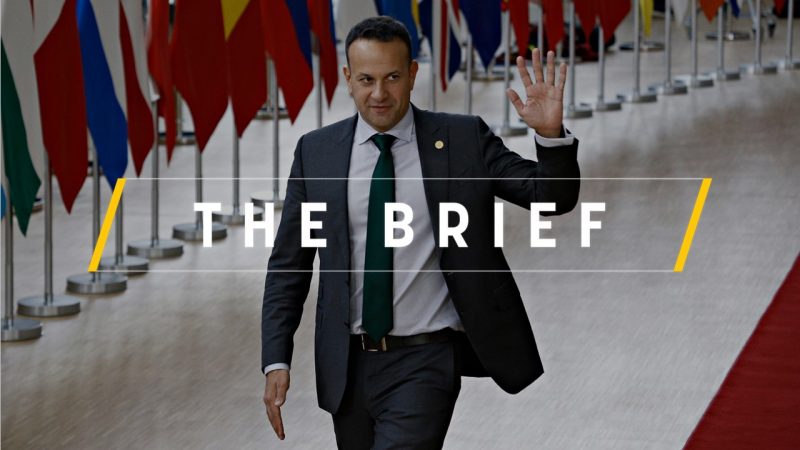 Ireland’s Prime Minister Leo Varadkar has had a busy January so far, and it’s only likely to get more hectic.

On Wednesday, the Taoiseach sits down with European Commission President Ursula von der Leyen in Dublin. The pair will most likely discuss the plans for an upcoming Irish general election, as well as the future challenges brought on by Brexit.

Be in no doubt, after her meeting with UK Prime Minister Boris Johnson last week, von der Leyen will have a keen eye on happenings on the island of Ireland in the run-up to 31 January, the deadline for Brexit, and for a long time after, too.

In a new report published by the UK’s Institute for Government, the think-tank states that Johnson’s government “will almost certainly be unable to implement the Northern Ireland Protocol by December 2020.”

The protocol lays out the new regulatory and customs environment between Great Britain and Northern Ireland.

It will result in Northern Ireland abiding by EU rules on agricultural and manufactured goods after the transition period ends on 31 December 2020, and will also bring the obligation for Northern Ireland to enforce EU customs rules at its ports, meaning that certain checks will have to take place.

The report goes on to say that “key details” of the agreement are yet to be clarified and that the Joint Committee, who will oversee the implementation of the checks, has yet to be established.

But it also says the current deal has “the support of no Northern Irish political parties”, who only returned to their seats in Stormont over the weekend, after a protracted period of suspension of the Northern Irish Assembly.

“The responsibility for implementing the provisions falls entirely on the UK,” the report states, adding that the failure to do so may mean the “European Commission could start infringement proceedings and the UK could end up being fined by the ECJ (European Court of Justice).”

But Johnson is looking to evade the Institute for Government’s warnings altogether. Speaking to reporters in Stormont earlier, the prime minister said there were “no circumstances whatever in which there will be a need for checks” on goods travelling between Northern Ireland and Great Britain.

However, this changes when goods destined for Ireland will travel via this route. In this case, checks will need to happen, unless a zero-tariff deal is secured before December 2020.

For now, at least, all appears contingent on the ability of the EU and the UK to agree on an unencumbered free trade area that would bypass the need for checks.

In a bizarre twist of fate, Belfast may have the capacity, in its role as a vital associate on the Ireland-Northern Ireland border talks, to stymie progress in this area to the extent that a lack of progress may eventually result in the UK being rapped by the ECJ.

Nobody is, of course, suggesting that such underhand political trickery could be at hand – but with a general election imminent, anything could be on the cards, even if there were nothing to gain for Ireland by doing so except doing a number on its old foe.

With the prospects of a potential US-Iran war fading, EU foreign minister said they are willing to maintain the Iran nuclear deal as long as Tehran fulfils its commitments in order to achieve it. Meanwhile, Iranian protesters demand their leaders to quit over airline disaster ‘lies’, just one month ahead of the Iranian parliamentary elections.

Despite France’s campaign against glyphosate and a plan to ban it in a majority of agricultural practices by the end of 2020, the sale of the world’s most commonly used weedkiller in the country soared by 10% in 2018.

The UK government has introduced new legislation which ensures that farming subsidies will continue to be paid to UK farmers for 2020.

EU chief Ursula von der Leyen hailed Austria’s target of being carbon neutral by 2040 as an example for other European countries as she met the country’s newly re-elected leader.

The new government in Vienna will aim for “an end to nuclear energy” in the EU, Green MEP Thomas Waitz told EURACTIV Slovakia.

One response to “The Brief, powered by Orgalim – How the UK could be taken to the ECJ over Brexit”