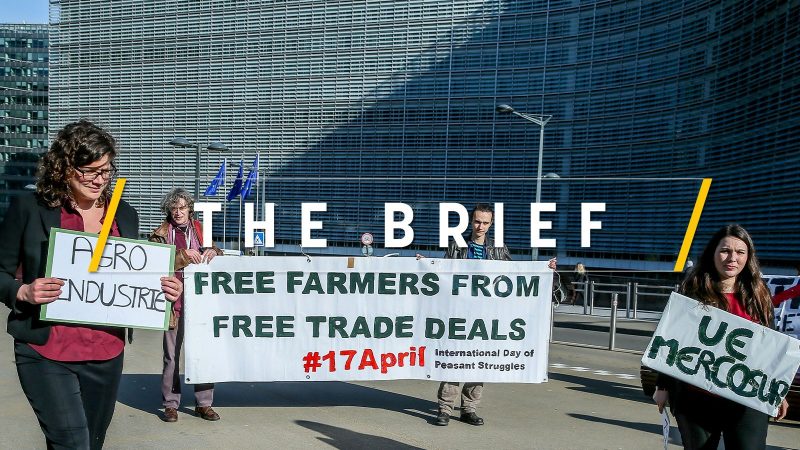 There’s a strong sense of déjà vu. Belgium’s region of Wallonia is trying to block the EU-Mercosur free-trade agreement, just like it previously attempted with CETA, the EU-Canada free trade agreement. But how serious is that?

From Wallonia’s perspective, the Latin American countries agree to open up to the EU industries (cars, chemicals and pharmaceuticals, public markets …) in exchange for the massive export of their beef to countries like Belgium. This irritates the Walloon government and its minister-president, Elio Di Rupo.

Walloon socialists fear that beef from the Mercosur countries will come full of chemicals and antibiotics, prohibited under European rules. Another element that pushes the Walloon government to say no is the attitude of Brazil’s President Jair Bolsonaro towards the Amazon, as well as his unclear commitment to the Paris climate agreements.

Also, for the Walloon socialists, the lack of freedom of association in some of these countries is an additional argument against the Mercosur deal.

But more importantly, Wallonia wants to highlight its difference from Flanders, the other region of Belgium, which supports the Mercosur deal.

Belgium has been without a federal government for 239 days and the main reason is that the socialists came out on top in Wallonia’s ballot, while the nationalists won the election in Flanders.

But what was the case with the Walloon opposition to CETA? Because CETA was declared a mixed agreement by the European Commission in July 2016, it also needs to be ratified by national and regional parliaments.  In terms of EU decision-making, national ratification of EU pacts includes five devolved authorities, including Wallonia.

The intra-Belgian disagreement was solved months later, when the two Belgian national parliaments allowed full powers to be given to the federal government.

A major difference this time is that it’s not yet certain if the EU-Mercosur deal, agreed in principle at the G20 Osaka summit in June 2019, after 20 years of negotiations, is a “mixed agreement” and therefore needs to be ratified by the national parliaments of the EU member countries.

By the way, the very long text is still being translated. After finalisation, it must be signed and ratified by the European Council, the European Parliament, and the four countries from Mercosur, a process that may take many years.

The Walloon opposition to Mercosur appears to have an internal policy motivation. And it cannot be ignored that politicians in other countries may have cold feet as well. Especially if such an obstruction could come in handy in their internal political context.

The European Commission will not reveal its approach on the EU’s proposed carbon border tax until late 2020 or early 2021, when it concludes a detailed feasibility analysis, Phil Hogan, the EU’s trade commissioner, said on Monday (20 January).

Europe’s largest airline, Lufthansa, signed an agreement in Berlin on Monday (20 January) to operate direct flights between Serbia and Kosovo’s capitals, in a move welcomed by diplomats and politicians eager to see further rapprochement between the erstwhile foes.

Ukraine’s President Volodymyr Zelenskiy rejected on Friday evening (17 January) the prime minister’s resignation letter and told him to stay on and tackle the unpopular issue of high salaries of some public officials and multimillion-dollar bonuses paid to executives at the state gas company.

New rules aimed at reducing air pollution from shipping may worsen the sector’s climate impact, according to new research, which warns that low sulphur fuels could end up producing more climate-bashing emissions, known as black carbon.

Bioeconomy will play a crucial role in delivering the European Union’s environmental and climate neutrality agenda. The farm sector is no exception and at least half of the nine objectives of the post-2020 EU Common Agricultural Policy (CAP) relate directly to this concept.

A Greek company says it has found a way to collect much more effectively used cooking oil for biodiesel production: by making it easier for consumers to find nearby collection points and avoid simply pouring the used oil down their kitchen sink.

Our coverage from the World Economic Forum in Davos.

Also, EU’s chief diplomat Josep Borrell attends the European Space Conference in Brussels, which this year has a heavy focus on defence and climate policy.