The Brief – What’s the point of Charles Michel? 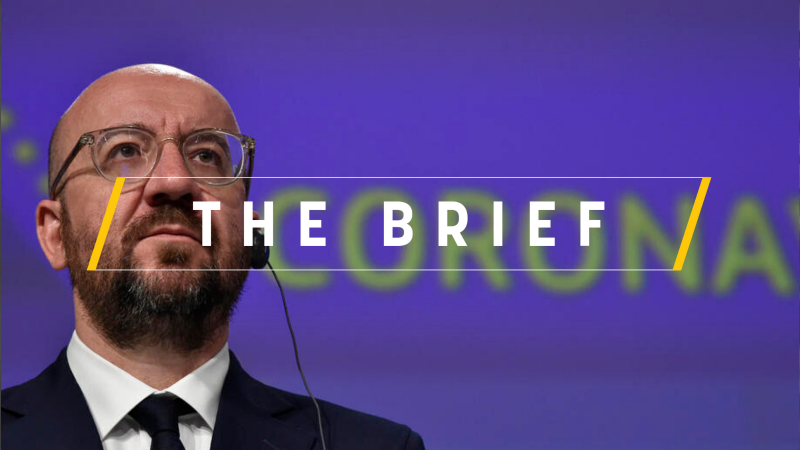 It’s been a difficult few months for the EU since the bloc’s top jobs were divided up – Brexit, migration, climate change and a full-blown pandemic. It amounts to the biggest test of Charles Michel’s career.

Michel had a reputation as consensus builder, having served as prime minister of politically-divided Belgium for four years from 2014 during a particularly turbulent period.

However, many in and around the Justus Lipsius building said that Michel was picked to go down the path of least resistance for dominant member states leaders.

In Belgium, many thought his governing coalition “bizarre” and unlikely to last in the first place. His government eventually collapsed when his coalition partners withdrew following disagreements over the handling of the United Nations’ Global Compact for Migration.

That his liberal MR party was the third largest party in Belgium and and the only French-speaking party in a coalition with three Flemish parties led some to call it a “kamikaze coalition”.

Most of his term he was overshadowed by his nemesis Bart de Wever, leader of the Flemish-nationalist N-VA. ‘If you can’t handle the N-VA, how can you handle 27 (or 28) egos in a closed room?’ was the charge of his critics.

Michel said he was “committed to building bridges”, but his fingerprints have seldom been on decisions in recent months. Instead there was disarray and uncoordinated actions between member states.

He did voice regret that Europe’s way of working, also evident during the COVID-19 crisis, is ‘too slow’ and called for more solidarity with countries that have been hard-hit by the pandemic, like Italy and Spain. But he has done not much to speed up decision-making, at least not in a way that is visible to the public eye.

Michel’s predecessors, Donald Tusk and Herman Van Rompuy carved out their place. Van Rompuy a quiet but efficient technocrat who did know how to build consensus, Tusk a charismatic dealmaker who knew how to use his words.

While Tusk and Jean-Claude Juncker were equals, Ursula von der Leyen has eclipsed Michel on the EU stage so far.

In the crises Europe has faced in recent years — from the influx of refugees in 2015-2016 to the ongoing Brexit circus — people looked to both leaders to set the direction of debate.

The power of the Council presidency lies more in influence than decision-making – von der Leyen has more levers to pull as Commission president. However, so far, while Michel has the power to call summits and set the agenda, he has shown little flair for knowing when to apply his powers to break deadlock and divisions.

Whether on enlargement or taming the ‘Frugal Four’, Michel seemed to be running the European Council like he ran Belgium as prime minister – absent and a bit all over the place.

And then there’s the communication issue. Tusk was a good communicator, especially with his snappy use of social media. What about Michel?

He potentially asked himself the same question and now decided to publish an  inaugural edition of his newsletter, saying he decided to regularly address citizens directly because he senses they “don’t feel well enough informed about what the EU does.”

The idea is no doubt well-intentioned, and possibly inspired by Emmanuel Macron’s citizens’ consultations, but Michel’s newsletter looks symptomatic of an analogue politician in a digital age.

The stalemate on EU-UK trade talks remains unbroken, both sides conceded, with the EU again accusing London of attempting to back-track on the commitments made in the Withdrawal Agreement that took the UK out of the bloc in January.

The EU will fully open internal borders by the end of June and begin lifting restrictions on travel to and from other countries in July, EU Home Affairs Commissioner Ylva Johansson said.

France and Germany’s ambitious bid to create a European cloud data infrastructure to stave off US and Chinese competitors was launched, as Ministers Bruno Le Maire and Peter Altmaier revealed more on their landmark Gaia-X project.

US senators announced a bill expanding sanctions on Russia’s Nord Stream 2 and Turkish Stream natural gas pipelines and targeting the projects Washington says will boost Moscow’s economic and political influence in Germany and other European countries.

Berlin’s state parliament passed a controversial law that aims to hold public authorities to account for acts of discrimination.

A group MEPs have called on the European Commission to condemn police brutality within the EU and convene an anti-racism summit on combatting structural discrimination in Europe, while urging member states to unblock an anti-discrimination law that has been stuck in the Council for 12 years.

Failing to conclude a trade agreement between the EU and the UK would have serious consequences for the agrifood sector, major EU agrifood stakeholders said.

As lockdown measures are relaxed and schools reopen across Europe, EURACTIV has interviewed experts on whether the pandemic could have a long-lasting impact on education systems in Europe, and they said changes are here to stay.

Having been expelled from Algeria, Alfa Jafo has spent the last few months working in the kitchen at a restaurant in the historic city of Agadez in Niger, a launchpad for irregular migration in the Sahel.