The Brief – Who holds the Trump cards at NATO? 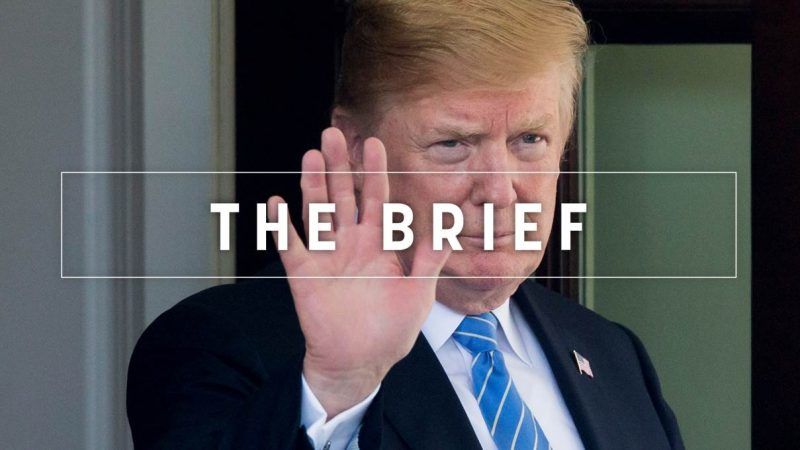 Next week’s NATO summit in Brussels could scarcely come at a more difficult time for Europe.

During his 17 months in office, President Trump has walked out of the Paris climate change agreement, the Iran nuclear deal and UNESCO, and effectively dismantled decades of rules-based global trade and strategic transatlantic relations with Europe.

So it is only logical to wonder if NATO might be his next target, particularly as he has made it clear he wants to put an end to what he sees as Europe’s free-riding on the Alliance, to which the US coughs up over 20% of the total cash.

Trump has repeatedly complained that European members are spending too little on defence, with Germany, in particular, singled out for ire.  In a recent letter to Angela Merkel, Trump said “there is growing frustration in the United States that some allies have not stepped up as promised”.

This time the erratic Commander-in-chief has a point. A generation after the fall of the Berlin Wall, some 35,000 US troops are still based in Germany on NATO and other missions. Nor is Germany the only country that is free-loading. On defence, Europe wants to have its cake and eat it.

European allies pledged in 2014 to increase defence spending to 2% of GDP by 2024 but don’t appear to be entirely serious about making it reality.

Of the 29 NATO members, only eight have currently reached that target, and only three of them are European – Estonia, Greece, and the UK. Lest we forget, the latter will leave the EU next March.

The EU wants to enjoy the advantages of NATO while setting up its own programmes of defence co-operation on procurement and joint military forces. Joint operations and avoiding duplication of equipment

NATO still has an uncertain role and future in the post-Cold War world, though most Central and Eastern European countries see it as a bulwark against Russian aggression. This week’s discovery of more nerve agent in Salisbury, the English town where a former Russian spy and his daughter were poisoned several months ago, is unlikely

Defence is not the top priority for a Europe that is desperately preoccupied trying to square the circle on migration and with Brexit.

But if its leaders are serious about establishing ambitious joint European defence projects they can hardly be surprised when Trump and co ask them to pay their bills.

Austria’s EU Presidency continues to start its six-month stint with a bang: Vienna’s migration ideas have raised eyebrows, migrants on the German-Austrian border will be returned and the Commission will propose external border measures in September.

Parliament’s CAP reform talks will now get an environmental perspective, after the agricultural committee’s influence was cut.

EU aid to Moldova has been frozen after problems with mayoral elections provoked a response from Brussels.

The EU-Ukraine summit, the launch of the Commission’s public consultation on its 2050 climate strategy and NATO to round off the week.

It’s halftime in the Uruguay-France game, with Les Bleus leading 1-0 at halftime. Belgium kicks off at 8pm against Brazil. Anyone want to take any bets at how many minutes Neymar will spend on the floor this time?

One response to “The Brief – Who holds the Trump cards at NATO?”