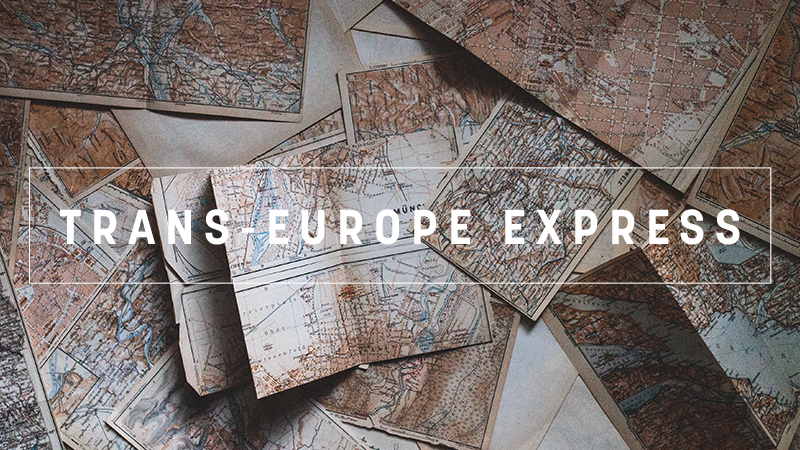 The Trans-Europe Express is EURACTIV's weekly roundup of news from across Europe.

With Ukraine flaring up again, tensions and security concerns in Eastern Europe are back these days, with increasingly harsh language, signs of a new arms race and hybrid threats as a new form of confrontation.

On Thursday, German Chancellor Angela Merkel condemned Russia for seizing the three Ukrainian ships in the Sea of Azov. But she failed to offer any military support to Ukraine or propose further economic sanctions against Russia. However, she did point out a disturbing pattern for the EU’s backyard:

“If you at the places around Russia: in Georgia, you have South Ossetia and Abkhazia, In Moldova, you have Transnistria, in Azerbaijan and Armenia you have Nagorno Karabakh – and in Ukraine, Eastern Ukraine. There is a belt of countries that can’t develop as they’d like,” she told the German-Ukraine forum in Berlin.

It is especially after Moscow’s 2014 annexation of the Crimean Peninsula from Ukraine that countries like Estonia— as well as its Baltic neighbours Latvia and Lithuania— fear that they and other former Soviet countries “could be next.”

In 2007, Estonia was one of the first European countries to come under massive cyberattack, information warfare and fake news that disabled government, banking and media websites. This came following a dispute with the Kremlin over a Bronze Soldier statue wearing a World War Two Red Army uniform, standing somewhere at a rather forgotten cemetery in Estonia’s capital Tallinn.

Its removal – Red Army soldiers were not considered as liberators – by Estonian authorities, sparked a chain reaction that paralyzed the infrastructure of the country. The cyberattacks had been a wake-up call for the country, which has since then become a leader and cybersecurity hotspot today.

In the years following, as Tallinn saw the Georgian war escalating and  Ukraine’s territorial integrity being violated, the country recently upgraded its defence strategy.

Also long before spy cases shook Western European capitals, the small Baltic country found a defiant piece of advice for its Western partners: Estonians decided that the best strategy was to name and shame suspected agents and send a clear message to Moscow.

And they have put in place a mindset of alertness – once bitten, twice prepared.

Estonia must not take its safety for granted, its Foreign Affairs Sven Mikser said recently as the country celebrated the 100th anniversary of its independence.

What Europe can learn from Estonia about security is this: However secure you may feel, right now,  you need to learn from the past security gaps and improve.

Cybersecurity 1. NATO’s biggest cyber defence exercise, the three-day Cyber Coalition, was held in Estonia this week, aiming to prepare the Alliance for zero-hour.

Cybersecurity 2. Critical national infrastructures in Germany, such as government and military networks have been the target of a series of cyberattacks in November.

‘No’ to Brexit blackmail. Theresa May’s efforts to garner support for her Brexit deal in parliament will be rejected by the Scottish National Party, Scotland’s external relations minister said.

Success expected in European elections. Bulgaria’s conservative ruling party GERB could receive almost 40% of the votes in next May’s elections, according to a poll.

Is justice always just? A cleaning lady in Greece has been sentenced to 10 years in prison for falsifying her primary school certificate when applying for a job, under a 70-year old penal code article.

Bus for homeless. A special-purpose bus will start touring the streets of Belgrade before the end of the year, providing help for the most vulnerable group of its residents – the homeless.

One response to “Trans-Europe Express – Once bitten, twice prepared”