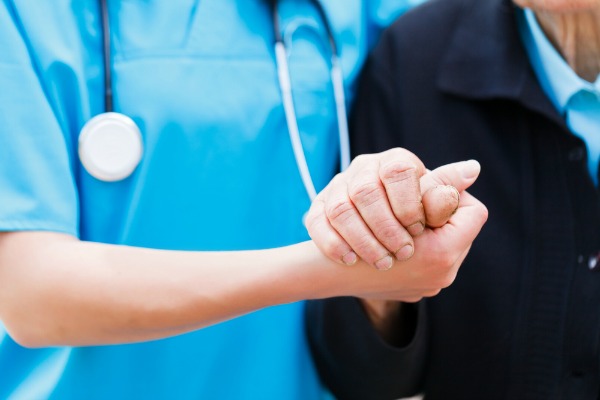 The Commission says healthcare is at the heart of the European social model. [Shutterstock]

SPECIAL REPORT: Improving health system performance has been on the political agenda in all member states over the past couple of years. This is crucial, because health systems are at the heart of the EU’s social model, the Commission says.

At the European Health Forum Gastein on Thursday (2 October) Martin Seychell, deputy director general at the Commission’s DG Sanco, stated that efficiency is important for the European health systems these days, as healthcare expenditure has been growing steadily in most countries. The drivers behind the expenditure have also increased, and therefore it’s appropriate to strive for higher efficiency levels.

“Efficiency is an economic concept, but in the health arena we should also talk more about performance. Performance goes beyond the pure concept of the economic efficiency. A good healthcare system must also address a number of other dimensions,” he said.

Seychell pointed out that a healthcare system is not an end in itself. It’s a tool and an instrument to pursue a political, public policy goal. Whatever decisionmakers decide to do with the health systems, the systems must be effective in improving the health status of our population.

“A good health system also includes good equity. If we don’t, as policymakers, respond to patients’ expectations, the response will be negative. People will not feel satisfied and it will lead to a political issue,” the Commission representative stressed.

Health systems play a vital role in societies, Seychell noted. They are part of social protection, as they guard citizens against unexpected shocks, which also have a beneficial effect on the economy and social security.

“The EU does care about the performance of our health systems, because the health system is at the heart of the European social model,” Seychell stated.

He added that the Commission-president elect, Jean-Claude Juncker, has pointed out that one of the characteristics of the European social model is that it places health as a very important value, and is at the very heart of the social system.

Though healthcare is mostly in the hands of member state governments, the role of the EU is to ensure that member states are in the strongest possible position to meet the objectives of their healthcare systems, which are to strengthen their effectiveness, increase their accessibility and improve their resilience, Seychell added.

How to compare performance?

Peter C. Smith, from London’s Imperial College, said that in order to improve health system performance, policymakers should focus on the issue of labour supply. Looking at the figures, most European countries are training a decreasing number of doctors. Schmidt argued that the reason for that may be that it’s cheaper for politicians to not do anything, and hope that other countries “will come to the rescue”.

For example, the Romanian health service is facing a crisis, as thousands of highly skilled doctors leave to work in the UK and other European countries, according to the president of the Romanian College of Physicians. The number of doctors in Romanian hospitals has fallen to 14,400 in 2014, down from 21,400 in 2011.

“So there’s a real issue here about trying to ensure that we have a decent labour supply in the future without of course stripping the workforce of low-income countries that cannot afford to let their expertise depart their countries. There are some issues that are market failures,” Smith said.

Francesca Colombo, from the Organisation for Economic Co-operation and Development (OECD), said that her organisation wants the performance and and outcomes of European healthcare systems increased, but the OECD cannot get the necessary data to compare and share best practices.

“We don’t have the data that we would like to have to really understand the performance at disease level. When we want to publish reports, we don’t have enough information on spending. We don’t have enough information about spending in order to understand processes. Therefore, it’s difficult to say anything about efficiency. We have tried to look at sectors, for example the hospital sector, which is the one with the most data. So understanding efficiency still has a very long way to go,” Colombo said.

Liisa-Maria Voipio Pulkki, from the Ministry of Social Affairs and Health in Finland, called for the EU, the World Health Organisation (WHO) and the OECD to agree on one general framework to serve policy-makers so that they can always compare apples to apples and pears to pears.

“We need a simple, logical, evidence-based policy-manageable framework to analyse the health and social system,” the Finnish health representative said.