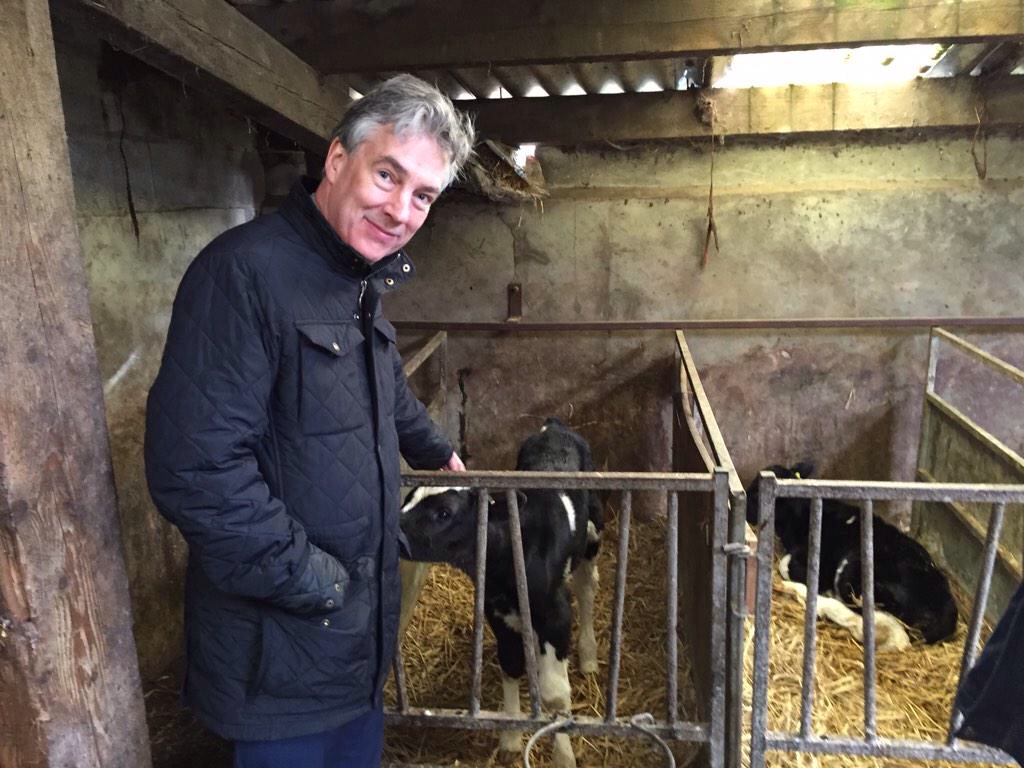 The UK farming and food sector has disproportionately more to lose from withdrawal from the EU than any other sector of the UK economy and with very little ‘upside’ apparent, writes Paul Brannen.

Of all the sectors in the European Union economy, it is farming that is in receipt of a level of subsidy others could only dream of.  Despite falling as an overall percentage of the EU budget in recent years, the Common Agricultural Policy (CAP) still remains the single largest item in the budget.

UK farmers are recipients of this largess in just the same way as their French, or Polish or Irish counterparts, which makes it all the more noticeable that the largest of the UK farming unions, the National Farmers’ Union (NFU) of England, has yet to make a recommendation to its members or declare to the wider public whether the UK should remain in, or leave the EU.

In contrast, NFU Scotland publicly stated before Christmas that they believe farmers will be better off if we remain in the EU.

As a subsidy regime, the CAP provides 3 billion euros a year in direct support to UK farmers, topped up with 5.2 billion euros in rural development funds for investments and rural jobs up to 2020.

If the UK were to leave the EU, we do not know what the government would replace the CAP with, and nor do we know if we would be able to negotiate access to the EU’s single market. This puts UK farmers – and particularly those struggling amid volatile market prices – at a serious disadvantage, by stifling investments and reducing business confidence for as long as the uncertainty surrounding the in/out vote continues.

Although much can be negatively said about the CAP’s inefficiencies, red tape and questionable environmental impacts, from the farmer’s point of view, the CAP is only available via the UK’s continued EU membership, a membership that guarantees survival for large swathes of farming across Britain and Northern Ireland.

According to Agra Europe, a UK-based agricultural consultancy, only 10% of the most efficient UK farmers would survive in their current form once CAP subsidies are removed. CAP subsidies currently provide 50-60% of UK farm income. The UK government has no contingency plan for what happens in the event of a leave vote, a worrying reality confirmed Liz Truss MP, Secretary of State for the Environment, Food and Rural Affairs during the 2016 Oxford farming conference.  This means a leave vote would be leap in the dark, a journey without a map.

Recently, capital markets’ analysts have shed new light on the potential consequences following a UK exist from the EU, pointing at the dynamics of farmland prices and the value of farmland investments linked to CAP subsidies. Since the value of the most attractive farmland is largely immune to cuts in direct financial support, a possible leave scenario would likely pitch farmland-rich arable farmers against those tending livestock or farming on less favoured areas (LFAs). According to the Financial Times, dairy, beef and sheep farmers, already hit hard by market volatility and prolonged price slumps, are likely to suffer the most in case of a drop in support of approximately €95 per hectare.

A vote to stay in the EU should not detract from the need to reform the CAP.  It needs to be greener, leaner and re-focused towards generating employment and entrepreneurship in rural areas. In particular, agriculture needs to bear its fair share of the burden of tackling climate change. Agriculture is one of the main causes of climate change, but it can also be part of the solution.

Yet, from the farming point of view, the EU is not only about the CAP. Far from it. UK farmers also enjoy the benefits of trade and the free flow of labour.  UK agriculture is highly dependent on access to the EU single market to sell its produce. Close to two-thirds of UK agricultural exports goes to the EU. With the UK leaving the EU, our producers would potentially face tariffs ranging from 11% to 48% to enter the EU single market. Moreover, the UK would lose automatic access to other global markets with which the EU has negotiated free trade agreements.

Consideration also needs to be given to the fact that UK agriculture in general, and its horticulture sector in particular, remains heavily reliant on migrant seasonal labour, mostly from other parts of the EU, especially at harvest time. With immigration restrictions inevitably imposed following our exit from the single market (what else does the Eurosceptic mantra of ‘Taking back control of borders’ actually mean other than keeping out foreigners?), access to this workforce will be seriously curtailed.

In sum, it is evident that the UK farming and food sector has disproportionately more to lose from withdrawal from the EU than any other sector of the UK economy and with very little ‘upside’ apparent.

The NFU have commissioned the University of Wageningen in the Netherlands, valued for the quality of its agricultural research, to produce a comprehensive study assessing pros and cons of the UK’s continued membership of the EU. It is believed that this information will tip NFU England into the remain camp, bringing their sister unions in Wales and Northern Ireland with them.

My party, Labour, is convinced that the UK should remain in the EU. Our strong representation in the European institutions helping manage the CAP and the single market can help secure us positive reforms and bring about a better deal for British and Northern Irish farmers.  In turn, a reformed CAP will help ensure sustainable food production, preservation of our rural environment and help support the incomes of disadvantaged rural communities.