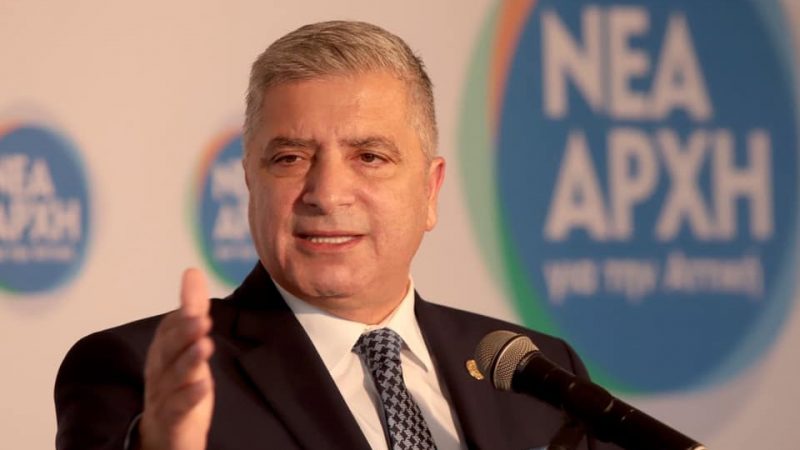 Dr. George Patoulis is the newly elected regional governor of Attica region, which includes the city of Athens. [Facebook]

There is no doubt that 2019 is a key year for resetting the Greek economy from low-growth rates to higher-growth rates. As Greece has left behind the greatest economic downturn in modern history, it is required to achieve higher growth rates in the coming years so that economic growth can be sustainable, writes Dr George Patoulis, the regional governor of Attica in Greece.

Dr. George Patoulis is the newly elected regional governor of Attica region, which includes the city of Athens. He is also President of the Central Union of Municipalities of Greece (KEDE).

The recent results of the national, EU and regional elections in Greece and the great political change that they brought to Greece provided a kick-start for the implementation of the aforementioned goal.

As a new Regional Governor of Attica and President of the Central Union of Municipalities of Greece (KEDE), I am convinced that the role of the Attica Region will be catalytic both to attract investment in our country and to achieve high growth rates in the coming years.

Our goal is that the Region of Attica is now the main lever for the economic re-ignition of the country. Prerequisites for this goal are to have a clear vision, with long-term planning and a coherent strategic development plan with specific goals and measurable results.

For our part, in the Attica region, we will lay the groundwork in order to attract foreign investments in Attica, which will preserve to a certain extent the fiscal surplus that has been achieved without requiring the maintenance of the policy of high tax rates that the previous government has routinely imposed.

In order to increase Foreign Direct Investments in the Attica Region and in general on Greek territory with the high growth rates that are required in the coming years, some prerequisites and some remaining reforms should be fully implemented as soon as possible. These are briefly listed below:

The aforementioned 8 prerequisites form the necessary conditions for our country to become a “favorite” destination of long-term investment funds so that the Greek economy can really “re-ignite”.

However, in order for the necessary aforementioned conditions to become sufficient, we must first establish the trust of Greek citizens and investors to the positive long-term prospects of the Greek economy and initiate the return of the human capital (brain-gain) that left Greece during the ten-year period of recession.