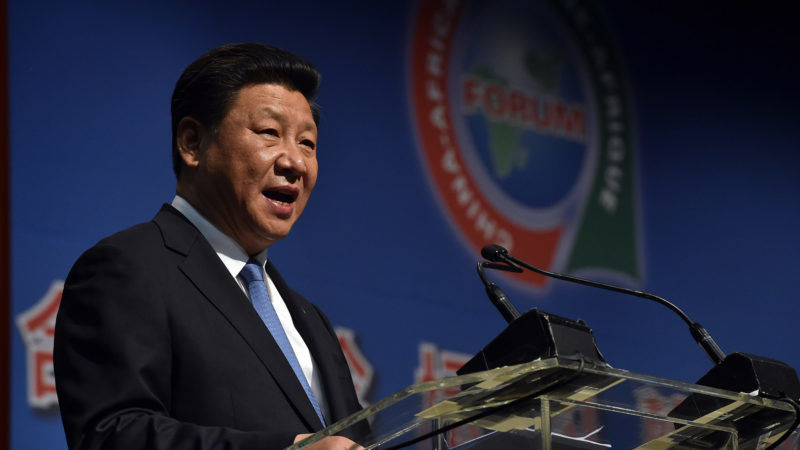 Peter Wolff is an economist at the German Development Institute (GDI/DIE). This editorial was originally published on their website.

Last weekend saw Chinese President Xi Jinping welcome guests to Beijing for a major Silk Road forum. The Belt and Road Initiative (BRI) is a central element of Chinese globalisation strategy and Xi‘s reputation is closely tied to the initiative. Under its aegis the plan is to establish a network of transport, energy and communications throughout Asia to Europe and Africa, on the basis of which ‘mutually beneficial’ trade and investment should grow. For a number of the more than 60 countries that are intended to participate in the initiative the targeted infrastructure projects form part of their national development strategy. For example, Pakistan is investing over $50 billion in a China-Pakistan Economic Corridor, which it hopes will deliver a significant effect on growth and employment.

Doubts about BRI have recently been increasing. Although Chinese foreign investment has increased in the past two years, it is flowing more to the US or Europe and Singapore than to the BRI partner countries. China counters by stating that the initiative is a long-term vision that will only bear fruit in the long run. However, it appears to be increasingly difficult to persuade the Chinese state-owned enterprises – the most important backers of the initiative thus far – of the economic benefits of new investment. Initial projects in Myanmar und Sri Lanka have revealed themselves to be politically conflictual and to offer little economic return. The difficult situation of the Chinese financial sector with increasing loan defaults means that state-run companies and banks are all the more wary of new risks.

The funding of the BRI remains largely unclarified. Despite the heralded capital increase for the Silk Road Fund and the Asian Infrastructure Investment Bank (AIIB), these institutions will not be able to provide the financing on their own. The most important financiers of the BRI projects thus far have been China Exim Bank and China Development Bank. These now have to anticipate some of the loans defaulting, as countries have overextended themselves financially, and are consequently reserved when it comes to new projects. The threat of credit default in Pakistan has been avoided in recent months with the aid of short-term emergency loans from Chinese state banks.

In China itself infrastructure projects have been undertaken on an enormous scale and for the most part swiftly realised, sometimes in the face of local resistance. These projects have been financed by the high level of domestic savings, channelled into projects by the Chinese financial system. This model cannot be transferred to the BRI. Both the financing and governance of infrastructure is more complex elsewhere, requiring different forms of co-operation between governments, business and civil society.

As a result, there is an urgent need for the BRI to be ‘multilateralised’. After all, it is not just numerous individual projects at stake here, but cross-border transport, communications and energy networks that cannot be planned and realised by individual countries on their own.

Firstly, the establishment of a knowledge platform for sustainable infrastructure, which will help weaker countries in particular to absorb – and incorporate in their development planning – the latest knowledge regarding energy, transport and communications networks, from the viewpoint of economic, social and ecological sustainability. In the 21st century, infrastructure means more than steel, concrete and megawatts. The world needs intelligent, resource-saving solutions in order to achieve the agreed sustainable development goals. This knowledge is available and expanding continuously. So far, it has not been systematically taken into consideration in the selection and planning of BRI projects.

Secondly, common standards for the tendering and funding of projects: Tendering processes promote transparency and fair competition, not least by involving local companies in the construction and operation of projects. The involvement of the local economy and civil society may slow the pace at which projects are realised, but it is essential for their sustainability and the development of the local economy. Financing standards should regulate the competition of the financial institutions (multilateral and national development banks, export financing institutions, private financing institutions) and take the debt sustainability of the countries into account.

Thirdly, linking to regional integration and connectivity strategies of other countries on a multilateral platform: India, Japan, South Korea, Iran and, not least, the EU all pursue cross-border and cross-region integration strategies and investment programmes and justifiably see no cause to subordinate themselves to a bilateral Chinese initiative.

A suitable forum for this would be the G20, which has the subject of ‘sustainable infrastructure’ on the agenda of its summit in July of this year in Hamburg. This could see the formulation of principles that all actors – governments, financial institutions and companies – could be required to orientate themselves towards with regard to internationally-funded infrastructure projects.

2 responses to “Is China’s Silk Road initiative at a dead end?”