Social unrest in America highlights the challenges it faces 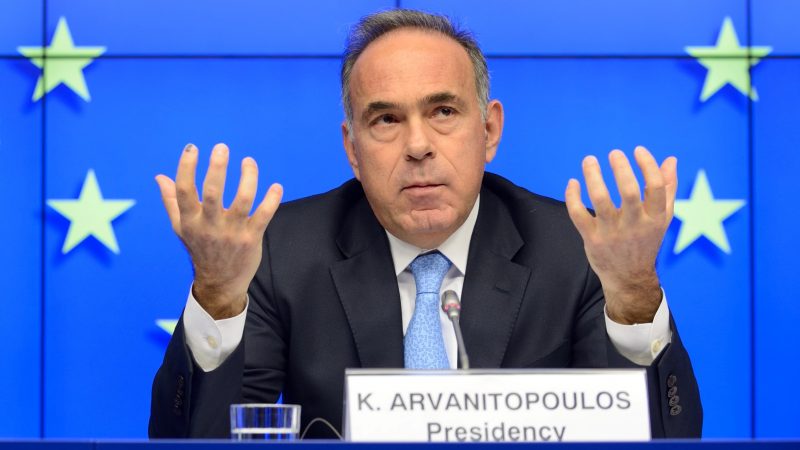 George Floyd’s killing brought back the demons of racial discrimination and injustice in America. Demons that even Barack Obama, the first African American to hold the highest office in the land, was not able to exorcise, writes Constantine Arvanitopoulos.

Constantine Arvanitopoulos is Professor of International Relations, Karamanlis Chair in Hellenic and European Studies, at the Fletcher School of Law and Diplomacy, Tufts University, and Senior Research Associate at the Martens Centre.

The image and symbolism of an African American man asphyxiated by the knee of a white policeman on his neck, while he lay handcuffed and harmless on the street, was bound to ignite a fire. The inflammatory rhetoric of President Trump, the “divider-in-chief”, added fuel to the fire. President Trump’s heavy-handed law and order approach and his orchestrated photo-op, with Bible in hand in front of the church across Lafayette park, revealed his priorities: stirring up his base in view of the November election, rather than uniting the country.

It is not the first time that incidents of racial injustice and inequality have sparked protests in America. Repeated acts of physical and psychological brutality against African Americans over the years have revealed the depth of the structural racism that persists in America today. The magnitude and spontaneity of the current outburst, with its mostly peaceful and very inclusive demonstrations, is indicative of generational exhaustion with this systemic injustice. The breadth of social unrest is only reminiscent of 1968.

In 1968, the protests began as an expression of anger against the killing of Martin Luther King Jr. and the oppression of African Americans. They encompassed the lack of economic and educational opportunities and opposition to the Vietnam war. Today, demonstrations take place against the backdrop of widened inequalities.

This tale of two cities, the hard truth that not everyone is sharing the splendour and the glory of the “shining city on a hill”, has become a stain on the canvas of American politics. Neoliberal economic policies, along with globalisation and the technological revolution, have widened inequalities. African Americans and other non-privileged social groups have been disproportionally affected by the pandemic and the ensuing unemployment of 40 million Americans. To top it all off, the triple crisis of the pandemic, the recession, and racial injustice have revealed a divided society and a polarised political system.

These divisions are deepened by a President that is constantly looking to erect walls rather than trying to unite the country. President Trump has erected walls everywhere from Mexico to the White House. Even the People’s House has now become walled off from the people.

The situation in the US could not have gone unnoticed by the rest of the world. JFK used to say that a country is as strong abroad as it is at home. Trump’s response to the triple crisis has raised doubts about America’s competence, diminishing the superpower’s standing in the world.

America’s failure to lead in this global pandemic crisis has created a power vacuum exploited mainly by China. China initially responded to the crisis through cover-up and denial. It then managed to contain the virus through Draconian policy measures. Now, it is exploiting the absence of American leadership by engaging in a public relations campaign in Europe and elsewhere. It not only sent medical equipment but has now committed to sharing the vaccine against the virus as an international public good.

The pandemic crisis has revealed the deep scars in transatlantic relations. Both sides of the Atlantic turned inward to face all aspects of the crisis, from medical shortages, to travel bans, to the vaccine. At the same time, the crisis was a stark reminder of the fact that global challenges, such as a pandemic or climate change, require cooperative responses. Transatlantic solidarity in the face of such challenges is a one-way street. It will need to wait for the next tenant of the White House.

Racial injustice has also previously had an impact on America’s image abroad. As Secretary of State, Dean Rusk said in 1963, «I am speaking of the problem of discrimination…Our voice is mute, our friends are embarrassed, our enemies are gleeful». The recent incidents have undermined the moral voice of a pluralistic and democratic America, a champion of human rights and tolerance. Trump’s crude nativism and rhetoric of dominance in the streets of America have sparked demonstrations in Europe and elsewhere.

The image of a weakened America, distracted and introverted, is bound to whet the appetite of revisionist authoritarian powers. From Iran, to China, to Russia, to Turkey, all the world’s autocrats have exploited the militarised over-reaction of the Trump administration and the absence of American leadership.

America has shown remarkable powers of resilience and renewal in its history. It has proved capable of adaptation and change. It came out of the Great Depression with a reinvigorated democracy and economy and emerged victorious in WWII to construct a lasting peaceful international liberal order. This time around, however, will take much more than an election. Trump’s successor will face a Herculean task in restoring America at home and abroad.