The Brief, powered by APPLIA – Protect innovation, not greed 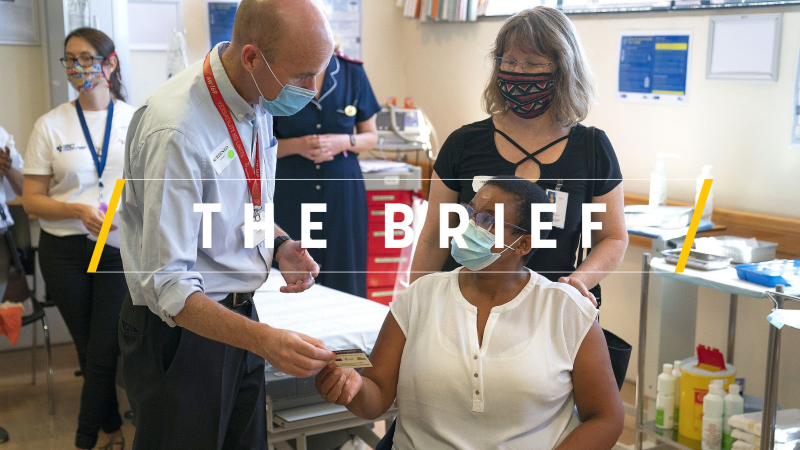 Emmanuel Macron was the first EU leader to pledge to offer surplus COVID vaccine supplies ahead of last week’s G7 summit and the French president got plenty of laudatory media coverage.

However, neither Macron nor the UK’s Boris Johnson, who made the same pledge a few hours later, have given any timeline on when the vaccines will ever reach those in need. In the meantime, world leaders appear far happier to offer cash than firm timelines on when COVID-19 vaccines will become available

Following the G7 summit, the European Union and Germany pledged a further €1.4 billion to fund vaccine procurement across Africa.

That sounds very nice but will not change much. However, there is one policy that could.

There is growing international pressure for the World Trade Organization (WTO) to introduce a temporary waiver on intellectual property during the pandemic. The proposal, first put forward last year by India and South Africa, who argued that IP rules were hindering the urgent scale-up of vaccine production, now has the backing of more than 100 countries.

But the EU and the United States oppose the move.

On Thursday, the African Union backed the waiver proposal, with John Nkengasong, director of the Africa Centers for Disease Control and Prevention, telling reporters that IP transfer was a “win-win for everybody” that would address the huge inequalities in global public health.

He gave the example of the lengthy delays in making affordable HIV/AIDS drugs in the 1990s – leading to millions of deaths across sub– Saharan Africa – as something that risks being repeated.

Indeed, according to the World Health Organisation, 75% of all vaccine doses that have been administered globally have been made available in just 10 countries, while more than 130 countries have yet to receive a single dose.

Earlier this week, the head of the International Federation of Pharmaceutical Manufacturers and Associations (IFPMA), Thomas Cueni, argued that exempting COVID-19 vaccines from IP rights would not have delivered ‘a single extra dose’, insisting that “it is about the skill set… you still wouldn’t know how to roll them out on a large scale.”

But then he would say that, wouldn’t he? Pfizer and Moderna, to name just two, expect to post $33 billion in sales from the COVID vaccines between them this year, as reported by Reuters.

In any case, South Africa and India both have the capacity to mass-produce vaccines and other countries do too.

As the EU knows all too well, there have been winners and losers in the global dash for vaccines. South Africa, for example, paid AstraZeneca double what the EU paid.

If middle income and developing countries cannot vaccinate the bulk of their people by the end of 2021, that will mean an economic hit to trade and tourism, in addition to the massive public health implications, that dwarfs the lost profits of a few pharmaceutical firms.

If EU leaders are really serious about supporting vaccination outside their borders, they should drop their opposition to the waiver. Intellectual property rules are designed to protect innovation, but not greed.

The International Air Transport Association (IATA) has called on EU leaders to introduce controversial “vaccine passports” to restart the ailing air travel sector, according to a leaked document seen by EURACTIV.

The EU’s chief diplomat Josep Borrell admitted to EU foreign ministers at a meeting earlier this week that he had mishandled the recent visit to Moscow, diplomatic sources have told EURACTIV. The European Commission did not confirm this but stressed there had been broad support for the veteran Spanish diplomat.

Portugal’s minister of planning, Nelson de Souza, said that member states that have their recovery and resilience plans approved by April should receive the first funds by June.

The international community should agree on the establishment of a global minimum corporate tax rate, according to a new UN report.

Millions of European citizens are victims of harassment and violence every year, according to a report published on 19 February by the European Union Agency for Fundamental Rights (FRA), revealing that “acts of violence and harassment in Europe are far more frequent than official data indicate.”

European soft drink makers unveiled their new vision for 2030, announcing plans to reach 100% recycled or renewable materials in plastic bottles by the end of the decade.