Bulgarian Prime Minister Boyko Borissov had a telephone conversation with Turkish President Recep Tayyip Erdoğan, and the two are expected to meet on Monday (2 March).

There has been no tension on the Bulgarian border so far, but neighbouring Greece is facing serious problems.

“We are preparing a big meeting in Bulgaria,” Borissov said, but did not go into further detail. He has already informed Croatian Prime Minister Andrej Plenković, whose country holds the rotating presidency, and  EU Council President Charles Michel about his initiative.

Borissov said the EU “must do everything quickly to give Turkey the money it needs to readmit and care for the refugees. Together with them (the Turkish side), we have to take care, because they are not obliged to do it (alone),” he explained.

“I am not a mediator but an interested side, because the Bulgarian people expect to be protected,” he said. Two years ago, during the Bulgarian Presidency of the EU Council, Borissov organised a meeting between EU leaders and Turkey in Varna, which focused on the migration problem.

In Zagreb, Minister of Internal Affairs Davor Bozinovic, has said Croatia is ready for another wave of migration at its borders.

Commenting on the latest situation in Turkey, Bozinovic told N1 television on Sunday that Europe will have to take a “clearer view” of managing migration and have a “coherent policy” and then “stick” it.

“We have plans in case of escalation, but this is an issue that needs to be addressed diplomatically”, he said. “We need the EU to sit down quickly and start negotiating specific outlines of a European migration policy because current politics is of no use to anyone, neither to the people who migrate nor to the countries they pass through, nor to the countries they would like to visit,” Bozinovic added.

Chairman of the National Security Committee, Ranko Ostojić, said the EU has not learned its lesson and should “make a serious plan, like Juncker’s 2015 plan”.

Drawing parallels with the 2015 migration crisis, he said the only difference now is that Germany and Austria don’t want to accept anyone. He said it was worrying that Slovenia returned about 16,000 people last year who crossed the Croatian border.

In Belgrade, Serbian Foreign Minister Ivica Dacic promised on Sunday that Serbia “would continue to treat migrants fairly,” but that it would not let them remain “trapped” in Serbia in large numbers.

Dacis also said that “luckily” Serbia was neither among the states that the new refugee wave would hit first, nor be their final destination. However, he made it clear that Serbia would not let the migration be left to transit countries if other states decided to close their borders, and migrants are stranded in Serbia.

“That would be impossible to bear, and that’s why we will treat the migrants fairly, but we are prepared to take all measures to protect our state,” Dacic said. 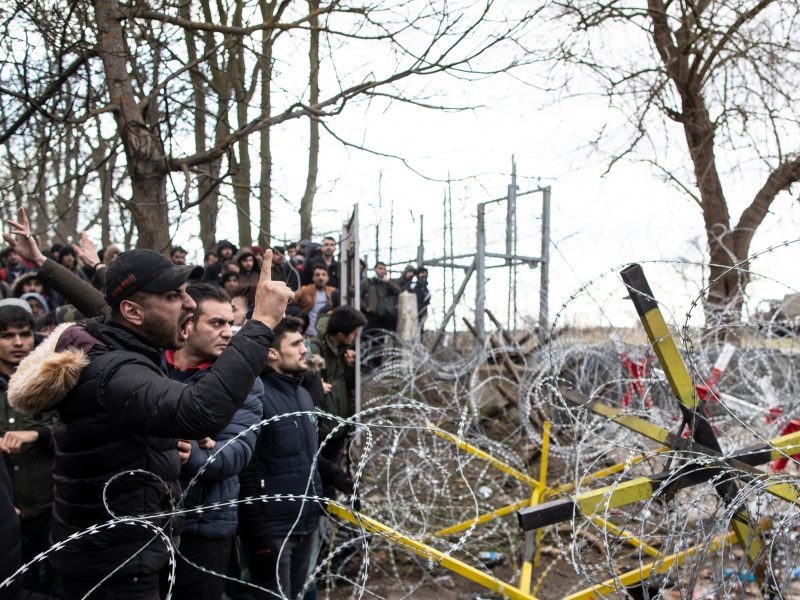