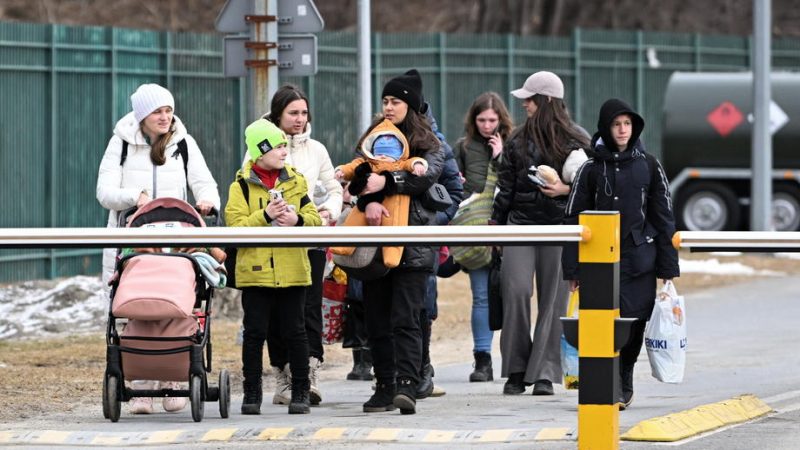 The Portuguese government is granting temporary protection to people coming from Ukraine due to the war. [DAREK DELMANOWICZ/EPA]

Denmark is ready to help countries that took in the bulk of the Ukrainian refugees and, if necessary, take some in themselves, the Danish government, which has a strict immigration policy, announced on Thursday.

Denmark is ready to help, according to Foreign and Integration Minister Mattias Tesfaye in Brussels on Thursday (3 March). According to the latest UN figures, one million people have fled Ukraine.

“We should pat countries like Romania and Poland on the back because they are doing a tremendous job these days. In addition, we as a state must reach out to them and tell them explicitly that if they need help, Denmark is ready to help”, said Tesfaye.

“And if there is a need for redistribution and a voluntary redistribution scheme, Denmark will not opt-out of it, ” the minister said, adding that the government has a “no limit” policy on how many Ukrainians Denmark can accept.

Denmark has historically been very vocal in opposing such schemes during the previous refugee crisis. But according to Tesfaye, the current situation is unique.

“Denmark is now a neighbouring country, so it is no use for us watching television and expecting the others to do the job and just send money,” he said, adding that it is also about helping the relief organisations working in and around Ukraine.

Under current EU asylum rules, refugees must be registered in the first member state they arrive in, which is also the country responsible for asylum processing.

The Danish government now hopes to rush through a special law that could be used to help Ukrainians fleeing the country.