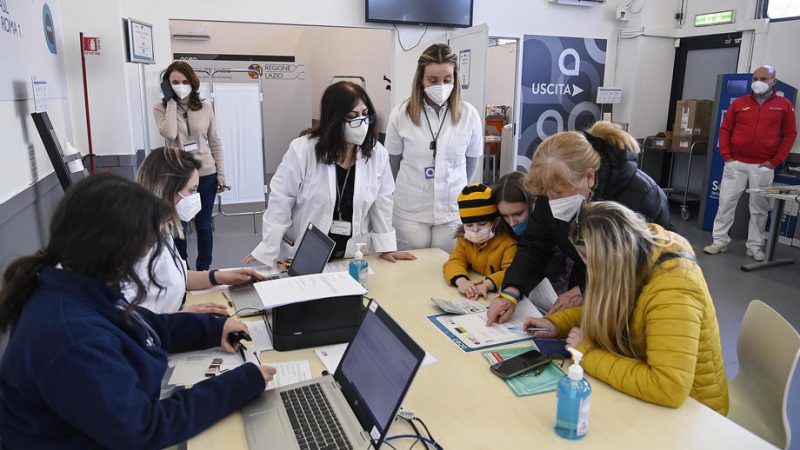 At the request of the education and culture ministry, Finnish universities are preparing to offer study places for Ukrainian refugees. [EPA-EFE/RICCARDO ANTIMIANI]

The warm reception offered by universities to Ukrainian refugees, including the allocation of 2,000 study spots, is causing bitterness among non-Ukrainian refugee communities who were not treated the same way when they reached the country.

At the request of the education and culture ministry, Finnish universities are preparing to offer study places for Ukrainian refugees.

The intention is to offer a study place to around 2,000 Ukrainians, who have already commenced studies in their homeland and wish to continue in Finland.

Courses taking into account former studies and language skills are set to begin next autumn, and the state will cover expenses. Students at the University of Eastern Finland could also apply for grants from a €100,000 fund.

Some children have already been taken to schools and daycare groups. Social services are ready to offer psychological help, and sports clubs have shown willingness to open doors without charge. Local trains are free for those carrying a Ukrainian passport.

However, the warm welcome has also created bad blood among previous refugee groups. The way Ukrainians are treated has been compared with the unhappier experiences of those who have arrived from Somalia or Afghanistan.

Before the arrival of Ukrainians, according to the Asylum Unit at the Finnish Immigration Service, 2,300 asylum seekers were waiting for residence permits and other decisions. The asylum application process takes roughly ten months. But some have been waiting for years.

The Asylum Unit has justified its policy by saying that quickly granted permits to Ukrainians also benefits other refugees in the country. The speeded-up process prevents the system from being even more congested. For those waiting in the queue, that explanation is hard to swallow.