French troops in Romania a bid to clarify ‘misunderstandings’ 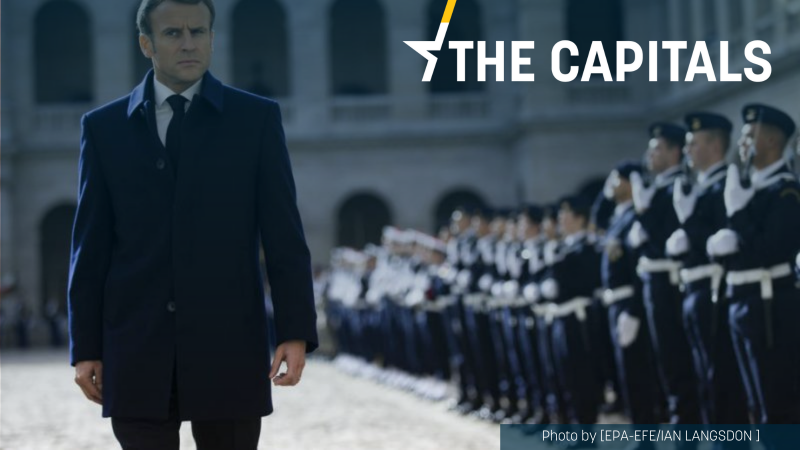 France’s plan to possibly deploy troops on NATO’s Eastern flank as fears rise of a Russian attack on Ukraine can be seen as a bid to clarify the ‘misunderstandings’ created by French President Emmanuel Macron, who recently called for the EU to forge its own security pact with Russia, experts say.

French President Emmanuel Macron on Wednesday (19 January) expressed France’s “readiness to go further, and within the framework of NATO to commit to new missions … in particular in Romania”.

The move was welcomed by Romanian President Klaus Iohannis, who on Thursday said this meant “the Romania-France strategic partnership will thus be strengthened on the eastern flank, in the Black Sea region”.

Romania, a NATO member since 2004 and which already hosts around 1,000 US troops on its territory, also said it was ready to welcome more American soldiers.

US military presence in the country could also potentially expand after US President Joe Biden said on Wednesday that Washington would “actually increase troop presence in Poland, in Romania, et cetera, if in fact [the Russian president] moves because we have a sacred obligation in Article 5 to defend those countries. They are part of NATO”.

The plan to deploy more troops in Romania and Poland is not entirely surprising. NATO increased its presence on the Eastern flank after Vladimir Putin ordered the annexation of Crimea in 2014.

The US army is operating a military base near the Black Sea, which currently hosts around a thousand troops and is also present in two other military bases – one in Deveselu, where the only operational Aegis Ashore missile defence system is located, and one airbase in central Romania, which it plans to modernise.

Experts say this move will help clarify “misunderstandings” created by Macron, most recently with his calls for the EU to forge its own security pact with Russia, which by some inside the bloc have been perceived as a break with US calls for unity amid ongoing efforts to halt a possible Russian invasion of Ukraine.

They come at the time as Paris has been pushing for unifying the EU27 around the bloc’s defence strategy, namely the EU’s upcoming Strategic Compass.

“The decision is part of the package of reassurance and solidarity measures decided by the Allies in recent weeks to show Moscow that NATO’s military posture is robust (…) and that if dialogue fails, Allies will be ready to respond”, Pierre Morcos, visiting Fellow at the Center for Strategic and International Studies (CSIS) told EURACTIV France.

Tensions have kept rising at the Ukrainian border, where Russia has been gathering tens of thousands of troops, despite a series of unsuccessful talks last week aiming at de-escalating the situation.

“It is a message we are sending to Romania, which is rather a Francophile and has fairly difficult relations with Russia”, Edouard Simon, research Fellow for European security and defence at the Institute for International and Strategic Relations (IRIS), told EURACTIV France.

He also noted that this would signify that “Europeans are increasingly interested in each other’s security interests”.

Macron’s plan “is not to replace NATO or to detach oneself from the United States” but to “simply rebalance” the relationship, said Morcos.

French “readiness” towards Romania should therefore not come as a surprise, according to Simon, who points out that France is already participating in NATO’s activities in the Baltics.