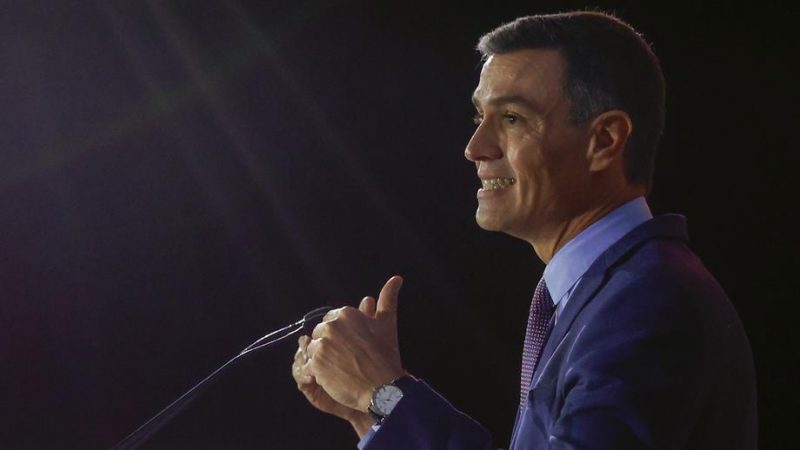 Spain’s coalition government, formed by the socialist party (PSOE) and left-wing Unidas Podemos (United We Can), approved on Thursday the draft budget for 2022, with a strong accent on social policies and a “fair recovery” after the pandemic.

The new budget strongly emphasises social policies after the devastating impact of the COVID-19 crisis. These will be supported mainly thanks to the leverage effect expected on the Spanish GDP for 2022 due to the EU’s Next Generation Funds, EURACTIV’s partner EFE reported.

The two coalition partners on Wednesday sealed an agreement on a new Housing Law, which provides for affordable and fair prices for the most vulnerable.

Now, the future of the governing coalition is almost secured and the path cleared for socialist PM, Pedro Sánchez, to stay in office until the next general election, scheduled for 2023

The draft budget, presented on Thursday by Minister of Finance, María Jesús Montero, includes a record spending ceiling of €196,142 million (0.02% more compared with 2021).

The new budget incorporates resources from the EU recovery fund of €26,355 million: with €25,622 million coming from the Next Generation Fund plus €733 million from the React-EU fund.

Montero stressed that this will be the budget “of a fair recovery” and that its main objectives are to ensure “that the economic recovery reaches all families”.

“It is not about going back to the way we were before the pandemic (…)”, she stressed. Science will also be a priority, with €13,298 million allocated for research, development, innovation and digitalisation.

Also, young people will feel the benefits, with €12,55 million invested in improving their employability, twice as much as in 2021. According to recent Eurostat data, Spain’s unemployment rate for the under-25 stands at 36.9%.

Public resources allocated to boost affordable housing will be increased by 46%.

In addition, the new budget allocates the most significant amount ever approved for scholarships: a total of €2,199 million. “The social elevator (“ascensor social”), which is education, makes it possible for many families to improve their status through study,” the minister stressed.