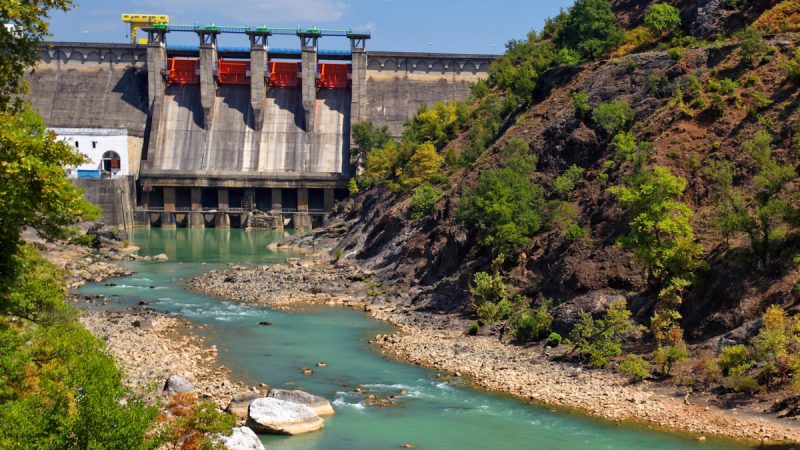 The two plants, located on the Valbona River in the north of Albania, have been subject to a years-long legal battle with local residents who claim their construction is illegal and fraught with corruption. [Shutterstock / goran_safarek]

Two hydropower plants operated by Gener2 that were ordered by the High Court to stop operating pending the outcome of another court case have reportedly continued operating and are selling electricity to the state energy company.

The two plants, located on the Valbona River in the north of Albania, have been subject to a years-long legal battle with local residents who claim their construction is illegal and fraught with corruption.

The decision taken by the High Court in July 2021 states that all licenses and permits of the HPP projects are suspended, meaning any operation of the plants is illegal, pending the outcome of an administrative court case. Residents are challenging the validity of the concessions contract, and the court cases are ongoing. Therefore, the validity of the decision by the High Court remains in force for the foreseeable future.

EURACTIV’s partner Exit then reported that the plants were once again operational, defying the High Court order and therefore in violation of the law and open to criminal prosecution.

But it seems that not only are they operational, but they are selling the energy to OSHEE.

According to data obtained by BIRN, in December alone, five months after they were prohibited from working, the two HPPs sold 5,648 MWh of electricity to a company that is part of OSHEE.

OSHEE claimed they did not know the High Court had ordered the company to stop, despite being published widely in the media. The Ministry of Energy and Infrastructure said it was the responsibility of the Tropoja Bailiff’s Office to inform institutions.

Tropoja bailiff Eduart Mrishaj said that the plaintiffs, including TOKA Director Catherine Bohne, had not filed an official complaint with his office.

Gener2 is involved in a number of significant development projects in Albania, including luxury apartments in prime positions. It also owns A2, an Albanian news channel that partners with international channel CNN.