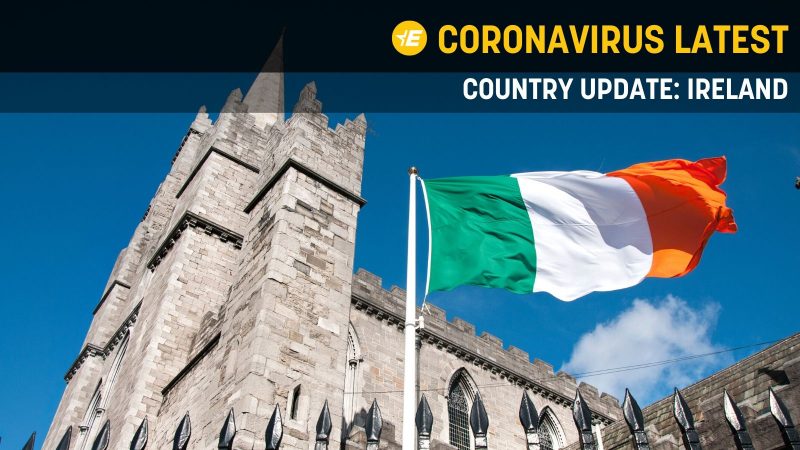 The Irish government on Tuesday (21 July) said it had decided to drop the restriction for people coming from countries with a similar or lower rate of infection and was planning to drop a 14-day quarantine requirement for travellers arriving from a “green list” of 15 European countries.

On 29 May,the now former Taoiseach Leo Varadkar said the country had not sufficiently uppressed the spread of COVID-19 to reduce social distancing guidelines from two metres to one metre.

Varadkar said it may be changed if the spread of the virus reduces more in the weeks ahead, but that “before we can relax that rule and maybe reduce it to one metre, which I know a lot of people would like, we just need to see the virus come down a bit more.”

He added that although he would like to see the Government’s roadmap for reopening the country accelerated, a decision on this will not be made until next week (commencing 1 June).

However, Ireland has embarked on the first stage in the lifting of COVID-19 restrictions, with businesses reopening around the country.

Garden centres, electrical shops, farmers’ markets, opticians, hearing centres, golf courses and a selection of sports facilities are free to open their doors once again, albeit with strict social distancing guidelines in place.

Meanwhile, Health Minister Simon Harris announced new plans yesterday (18 May) to offer free flu vaccines to children aged 2-12 in 2020, and all ‘at-risk’ people between 6 months and 69 years of age.

As of Thursday (23 July), there were 25,819 confirmed cases with 1,754 deaths in Ireland. Irish health authorities are counting all death rates across residential care facilities, in a bid to survey the impact of the coronavirus in the country’s nursing homes.

Independent TD Michael McNamara will head a new 19-member parliament committee tasked with scrutinising the government’s response to the coronavirus outbreak in the country.

The committee – which met for the first time Tuesday (12 May) – will examine the government’s transparency of decision making with regards to COVID-19 measures, and will also look into the efficacy of its contact tracing and testing plans.

The group intends to call three senior health officials before the body next week.

The Irish government has decided to back a decentralised model of data processing for its coronavirus app. The decision comes after meetings with Apple and Google, who are involved in building an app based on a decentralised approach.

“In terms of the design architecture, we were initially pursuing a ‘hybrid model’, but following discussions with other countries and GDPR experts, have now opted to progress development on the basis of a more ‘de-centralised’ or ‘distributed model’,” Health Minister Simon Harris wrote on Friday (1 May) to members of the Irish parliament.

The decision puts Ireland at odds with the UK’s approach, which has been to store data retrieved from the contact tracing process on central servers, which can be accessed by public authorities.

Not ready to lift restrictions

Ireland is not far enough along in the fight against COVID-19 to lift restrictions, Taoiseach Leo Varadkar told a press conference on Wednesday (29 April), given the number of deaths and new infections, the government could not ease restrictions.

“In terms of testing we’ve done 150,000 tests already. On a per-capita basis, on a per head basis, we’re sixth out of 27 countries in the European Union in terms of testing,” Varadkar told a press conference on 29 April.

“Why we are not reopening at this stage is because of the high number of people in ICU who have COVID, the fact that the number of deaths being reported every day is still very high and the fact that we’re still seeing quite a lot of new cases every day,” the Taoiseach added.

On 22 April, the government had already voiced concerns that a ‘second wave’ of the coronavirus may hit other nations around the world. By then, 700,000 people were relying on income support payments, among which those unemployed due to coronavirus had been receiving €350 each week since the measure was implemented on 3 April, according to figures from the Department of Employment Affairs and Social Protection.

“We are looking at what other countries are doing and you can see in other countries they are having their second wave,” Liz Canavan, Assistant Secretary in the Department of the Taoiseach, said on 22 April. “We want to make sure that we are able to monitor very closely what the changes are doing to the progression of the disease,” she added.

In a special broadcast on 17 March, Varadkar had said that by the end of March, there could be as many as 15,000 cases in Ireland and that the crisis is likely to continue well into the summer.

The Irish government has decided to back a decentralised model of data processing for its coronavirus app. The decision comes after meetings with Apple and Google, who are involved in building an app based on a decentralised approach.

“In terms of the design architecture, we were initially pursuing a ‘hybrid model’, but following discussions with other countries and GDPR experts, have now opted to progress development on the basis of a more ‘de-centralised’ or ‘distributed model’,” Health Minister Simon Harris wrote on Friday (1 May) to members of the Irish parliament.

This comes after a report from the Irish data protection watchdog published on 6 April said that health organisations in the country could be sharing sensitive data about personal illnesses with tech platforms such as Google or Facebook.

The Irish DPC noted that they were concerned “details of illnesses or conditions” that a user may search for on particular health websites, are “being shared with parties such as Google and Facebook through the use of either explicit profiles of logged-in customers, or through predictive profiles based on unique identifiers.”

However, it would seem that most Irish are not that concerned, given that 87% of them would be happy for their personal data and medical records to be used under public health emergency crises, according to a study published on 1 April by the Irish Computer Society.

In terms of medical supplies, Ireland has been receiving large stocks of PPE masks and test swabs from China. “We have a contract now to spend over €200 million on personal protective equipment that’s going to come from China,” Coveney said, adding that the Irish airline company Aer Lingus will operate flights between Ireland and China to bring back the supplies. “We’re close to an agreement to get 100,000 test swabs from China every week for the weeks that are coming up,” Coveney said.

Read more about how the country’s health sector is coping with COVID-19:

A gradual implementation of measures

Ireland’s government announced sweeping new measures to clamp down on the spread of the coronavirus in the Republic on 24 March. Speaking from the government press centre, Taoiseach Leo Varadkar had urged members of the public to stay at home, and also announced that schools and childcare facilities will be closed until at least 19 April.

Before that, ahead of St Patrick’s Day (17 March), the government ordered on 9 March the shut down of pubs, hotels and bars until 29 March. The Irish Prime Minister Leo Varadkar also announced the cancellation of St Patrick’s day festivities all over the Republic of Ireland, amid rising concerns over the spread of the coronavirus outbreak.

The government called on “all members of the public not to organise or participate in any parties in private houses or other venues which would put other peoples lives at risk,” chief medical officer, Dr Tony Holohan said at the time, after having met with the Licenced Vintners Association (LVA) and the Vintners’ Federation of Ireland (VFI).

On 12 March, the Taoiseach had already announced the cancellation of indoor events with more than 100 people and outdoor events with over 500 people in attendance. The government had also issued a temporary closure on all schools, colleges and childcare facilities across the country, and encouraged working from home.

That day, Varadkar said: “We have not witnessed a pandemic of this nature in living memory,”  adding that “together we can slow the virus in its tracks and push it back.” According to him, when “acting together, as one nation, we can save many lives.”

To more detail on the various lockdown measure, check here:

Irish PM on the front lines

Ireland’s Prime Minister Leo Varadkar is serving as a doctor in his country’s fight against the ongoing spread of the deadly coronavirus, the leader’s office announced on 6 March. Although the Taoiseach was removed from the medical register in 2013 to pursue his path in politics, the Irish leader is now working one shift a week within Ireland’s health service executive

The Irish Times, who broke the story, reports that the Prime Minister will be tasked with assisting in the assessment of potential coronavirus infectees over the phone. Public health authorities have urged those with symptoms including a feverish temperature and a sustained cough, to first be assessed over the phone rather than in person at medical facilities. 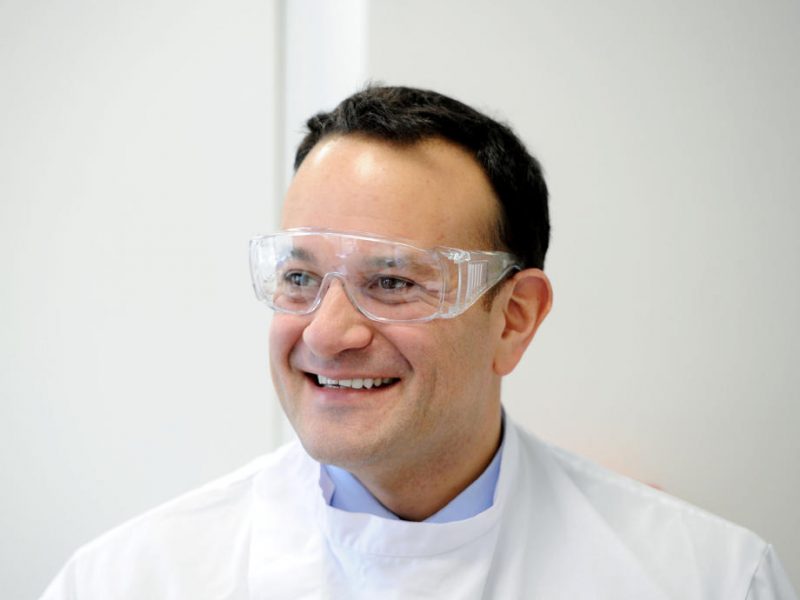 Ireland’s Prime Minister Leo Varadkar is to serve as a doctor in his country’s fight against the ongoing spread of the deadly coronavirus, the leader’s office announced on Sunday evening (6 March).