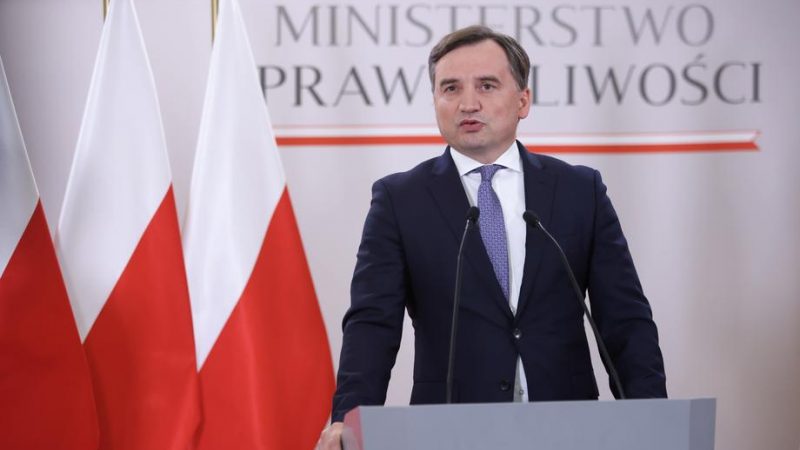 There are now many ongoing disputes between the Warsaw government of Law and Justice (PiS) and the institutions in Brussels. [EPA-EFE/Leszek Szymanski]

There are now many ongoing disputes between the Warsaw government of Law and Justice (PiS) and the institutions in Brussels but on Tuesday, the ruling party appears to have backpedalled on some issues.

The list of disputes between the Polish government and Brussels includes the Disciplinary Chamber of the Supreme Court that continues to operate despite the CJEU ruling it should be dismantled in July, the question of EU law supremacy still pending before Poland’s Constitutional Tribunal, a penalty issued by the Court of Justice in Luxembourg regarding the Turów mine, frozen funds over the discrimination of people belonging to sexual minorities and the PiS attempt to take control over TV station TVN.

Regarding free media, the National Broadcasting Council, controlled by PiS-nominated people, decided to extend the license for TVN24 after 19 months of deliberation just a few days before the license would expire.

However, the Council adopted a motion which reads that “in the light of the currently applicable law provisions, an entity based in Poland is not entitled to obtain a license to broadcast radio or television programs in Poland, in which the parent entity’s capital share outside the European Economic Area exceeds 49%”. TVN and TVN24 are owned by American company Discovery.

On the so-called “LGBT-free zones”, the region of Świętokrzyskie, one of five regions that previously adopted LGBT-free declarations, was the first that decided to reconsider its position after being the first to adopt such a declaration back in 2019.

Instead, the councillors adopted a new declaration, which reads that the local government of the region “upholds the rule of law in Poland, as well as good manners, opposing all forms of discrimination based on sex, age, race, disability, ethnic origin, religion, belief or orientation”.

In early September, the Commission issued a letter to the five regions threatening to withhold the recovery funds allocated to those regions because of such discriminatory declarations. In recent days, Deputy Minister Waldemar Buda (PiS) asked the regional governments to examine the declarations “once again” in light of the Commission’s threats.

The four other regions which are expected to end their discriminatory practice in the next few days are Małopolska (Kraków), Lubelskie, Łódzkie and Podkarpacie.