Leader of Croats: We have a solution for electoral reform in BiH 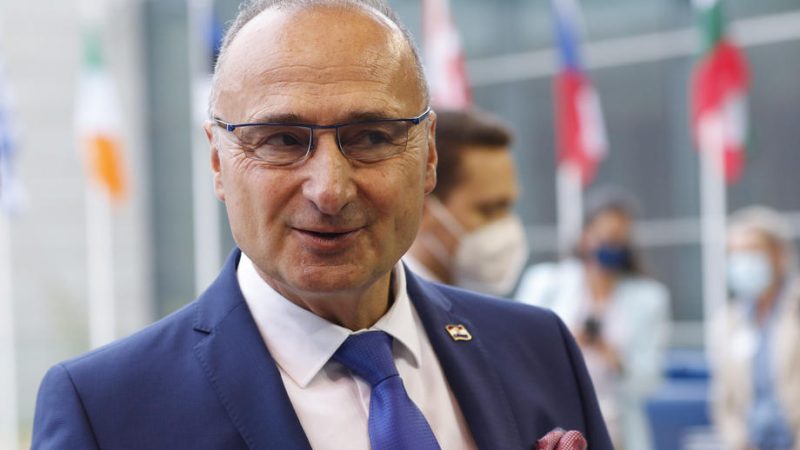 Croatia has received support from many EU member states for its position that it is necessary to pass legislation reforming election law in BiH. [EPA-EFE / JOHANNA GERON]

Croatia has received support from many EU member states for its position that it is necessary to pass legislation reforming election law in BiH to eliminate discrimination, Foreign and European Affairs Minister Gordan Grlić Radman said on Monday.

“We are particularly concerned over the political developments in BiH. Instead of a key consensus on election reforms being reached, we have an escalation of political disputes and paralysis of institutions,” Grlić Radman said in Luxembourg at a meeting of EU foreign ministers.

“The electoral law of BiH must resolve the present situation in which political representatives are imposed, especially at the level of the Presidency and the House of Peoples of the Federation of BiH (Bosniak-Croat entity), and ensure legitimate representation of all three constituent peoples in an equal way while ensuring full active and passive voting rights for all citizens of BiH,” Čović said.