More than half of Spaniards lose income due to pandemic, survey finds 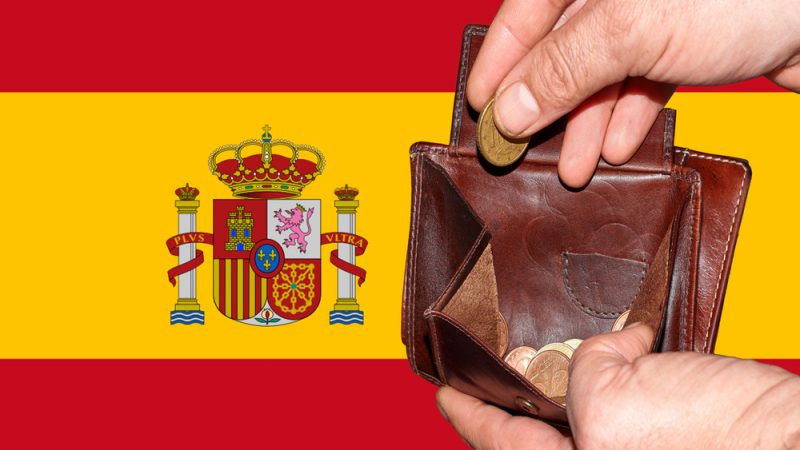 According to expert estimates, the country will need between two to three years to fully recover from the crisis, with the help, among other financial instruments, of the EU Recovery Fund. [Shutterstock/ Horst-Koenemund]

More than 50% of Spanish citizens claim to have lost their income and purchasing power since the start of the first COVID-19 outbreak in March, according to a survey published on Sunday.

Besides the serious impact of the pandemic, with almost 41,000 deaths according to the National Statistics Institute (INE), the health crisis in Spain is also having a devastating impact on the country’s economy, in particular its important tourism sector.

According to expert estimates, the country will need between two to three years to fully recover from the crisis, with the help, among other financial instruments, of the EU Recovery Fund.

Spain’s unemployment jumped to 16.26% in this year’s third quarter, according to official data released in October.

While 14.8% of the Spanish population have temporarily lost their jobs, 11.5% have lost them permanently, a survey conducted by 40dB for El País, found.

However, the impact of the pandemic and heavy restrictions to mobility for citizens since March, with successive states of alarm decreed by the government, have had an even more serious effect on the employment sector, as more than half of the Spanish citizens (50.5%) claim to have lost income because of the pandemic.

Meanwhile, 68.1% of those aged 18-24 and 66% of those aged 25-34 said they or a family member have had their income reduced, either temporarily or permanently since March.

As a result of lower household income, almost 6 in 10 (57% of respondents) said they have reduced spending on leisure and free time.

Spanish seniors (over-65s) are holding out better in the crisis. The 40dB- survey suggests that “the elderly, despite being the most vulnerable group in terms of health (…), are the least affected by the economic consequences of the pandemic”.

The survey was conducted a few days before Pfizer’s announcement of the 90% effectiveness rate of its vaccine. (EUROEFE (MADRID))