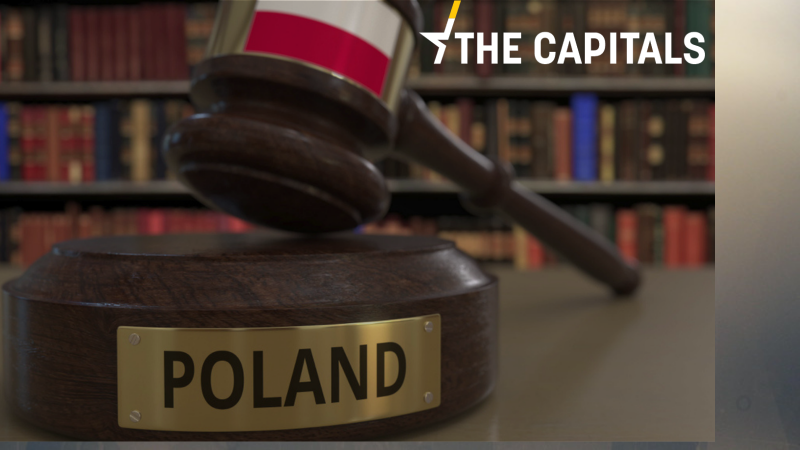 All pro-EU political groups slammed the Polish PM for his anti-EU rhetoric, with EPP group chief Manfred Weber saying, “a patriot does not have to be a nationalist”. [Shutterstock / Novikov Aleksey]

The stance of the new German government on EU rule of law matters will be critical in the escalating row between Brussels and Warsaw, EU Director Forefront Advisers Christopher Glück told EURACTIV.

“A significantly more hawkish line on the rule of law and a clear push to link the primacy of EU law with payouts from the Recovery Fund could be a real game changer,”he added.

Glück said, for now, the traffic light coalition (SPD, Greens and FDP) has not pinned down their European agenda in detail and estimated that Olaf Scholz would be unlikely to put the rule of law at the centre of his EU objectives as chancellor.

“However, both the Greens and the FDP have a strong focus on rule of law matters and might be minded to take this issue forward as one of their central demands,” he said.

Speaking at the EU plenary session on Tuesday, Polish PM Mateusz Morawiecki stood firm on Warsaw’s challenge to the primacy of EU law and accused the EU of overstepping its competencies.

All pro-EU political groups slammed the Polish PM for his anti-EU rhetoric, with EPP group chief Manfred Weber saying, “a patriot does not have to be a nationalist”.  Socialist chief Iratxe Garcia Pérez opposed a Polexit but said “if someone does not apply the rules, they push themselves out”.

For conservative Ryszard Czarnecki (ECR), the debate was honest and “some things hurt”, emphasising the Nord Stream 2 issue. “It is better to say some things openly, in a family, and he received frank responses from political groups”.

Bernard Guetta (Renew) told EURACTIV that Europe has a choice between “the Europe of nations and the ever-closer union”, adding that Morawiecki’s perspective is popular not only in Central Europe, but also in France, Italy or Sweden.

“We witnessed a theatre of Mateusz Morawiecki for the Polish media”, Sandro Gozi (Renew) commented.

Similarly, EPP MEP Adam Jarubas said the Polish PM missed an opportunity to be more conciliatory and warned the Polish ruling party that the EU might become “the enemy no. 1” relatively soon.

The Greens took a tougher stance, with MEP Terry Reintke saying EU funds for Poland should be frozen, as “the financial leverage works”. For her part, MEP Eleonora Evi echoed other voices demanding the Commission not to agree on the Polish recovery fund.

EU Commission president Ursula von der Leyen said the executive was exploring several options such as suing Warsaw before the EU Court of Justice, triggering the mechanism tying the disbursement of EU funds to rule of law, and the Article 7 procedure, whereby other member states could strip Warsaw of voting rights.

Commenting on calls to link the recovery fund with the rule of law dispute, Glück said one should not expect an agreement for the approval of the Polish Recovery Fund to be reached before the first half of 2022.

However, he estimated that the debate over the primacy of EU law would be kept separate from the Recovery Fund as much as possible, as there is no easy solution available.

“Instead, we expect the Commission to bring forward an infringement procedure and apply the EU’s new rule of law mechanism.”

“A possible compromise could see the Polish Government including the closure of the disciplinary chamber as one of the ‘milestones’ in their national recovery plan, rather than having the closure of the chamber as a precondition for approval. That would allow pre-financing to flow, with the Government subsequently required to make progress on the issue in order to unlock further payments. Morawiecki hinted at this being a possible solution in his hearing today,” Glück concluded.