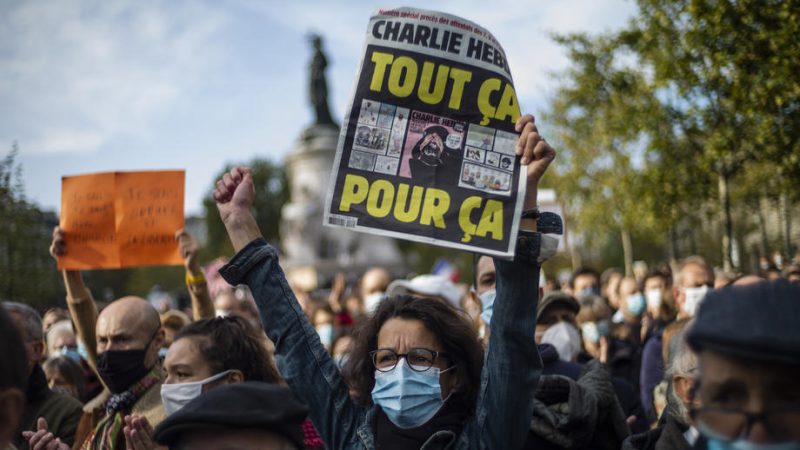 A woman holds the controversial cover of the Charlie Hebdo satirical weekly showing the caricatures of the Prophet Mohammed as people gather at the Place de la Republique for a demonstration against terrorism and to pay their respect after French teacher Samuel Paty was assassinated, in Paris, France, 18 October 2020. [EPA-EFE/YOAN VALAT]

Major demonstrations were held throughout France on Sunday to pay tribute to Samuel Paty, a teacher who was assassinated on Friday after showing his students caricatures of the prophet Mohammed, an incident which President Emmanuel Macron described as an “Islamist terrorist attack”.

A national tribute to honour Paty will be held on Wednesday (21 October), the Elysée has announced.

The history and geography teacher was attacked on Friday evening, upon leaving the college of Conflans-Sainte-Honorine where he worked. His attacker posted a message on Twitter with the professor’s beheaded body, before being shot dead by the police.

On Sunday evening, eleven people were in police custody in this investigation.